Due to the launch of the iPad Pro, Tim Cook came to the UK.

L, was interviewed by The Telegraph and talked a little about everything: privacy (Apple remains committed to protecting customer communications, encrypting messages from end to end and not leaving backdoors on its online services), interest in the health market (Cook hinted that Apple could launch some type of accessory for the Apple Watch focused on the health market, but that the clock is not for Ma not interesting to have the product regulated through the Food and Drug Administration, since that would hinder his innovation) and other things.

Obviously, the iPad Pro could not be left out of the conversation, and Cook was very incisive when talking about it.

Yes, iPad Pro replaces a notebook or desktop for many, many people. They will start using it and conclude that they need nothing more than their phones.

Yes, the CEO of Apple categorically stated that, for "many, many people," the iPad Pro replaces a computer. In this old discussion, Steve Jobs himself had already compared PCs to trucks, saying that we will see less and less of the action even though they are useful to many people.

In fact, for many a simple tablet is enough to replace a PC, after all what many people do on a computer to surf the internet, read emails, view photos, use an app here, there and there, period. For many others, however (and I include myself in that), the computer remains an indispensable and at least for the moment irreplaceable work tool.

As I said, it is not the iPad Pro that will steal the PC market. Tablets as a whole have been doing this for some time. For the scenario I described above, it doesn't matter if we are talking about an iPad mini, Air or Pro: they are all good enough for reading emails, browsing and other things. The great advantage of the iPad Pro in addition to the giant screen is its processing power, the new stereo system and the accessories (pencils and keyboard). For the rest, we are talking about an iPad with the same limitations.

Imagine a person who uses a notebook / desktop today intensively throughout the day. Can she replace the machine with an iPad Pro? Of course it does, but it will be necessary to compromise a lot. Starting with the benefits of OS X of actually running two or more apps at once (on iPad Pro you can put a maximum of two apps simultaneously on the screen). 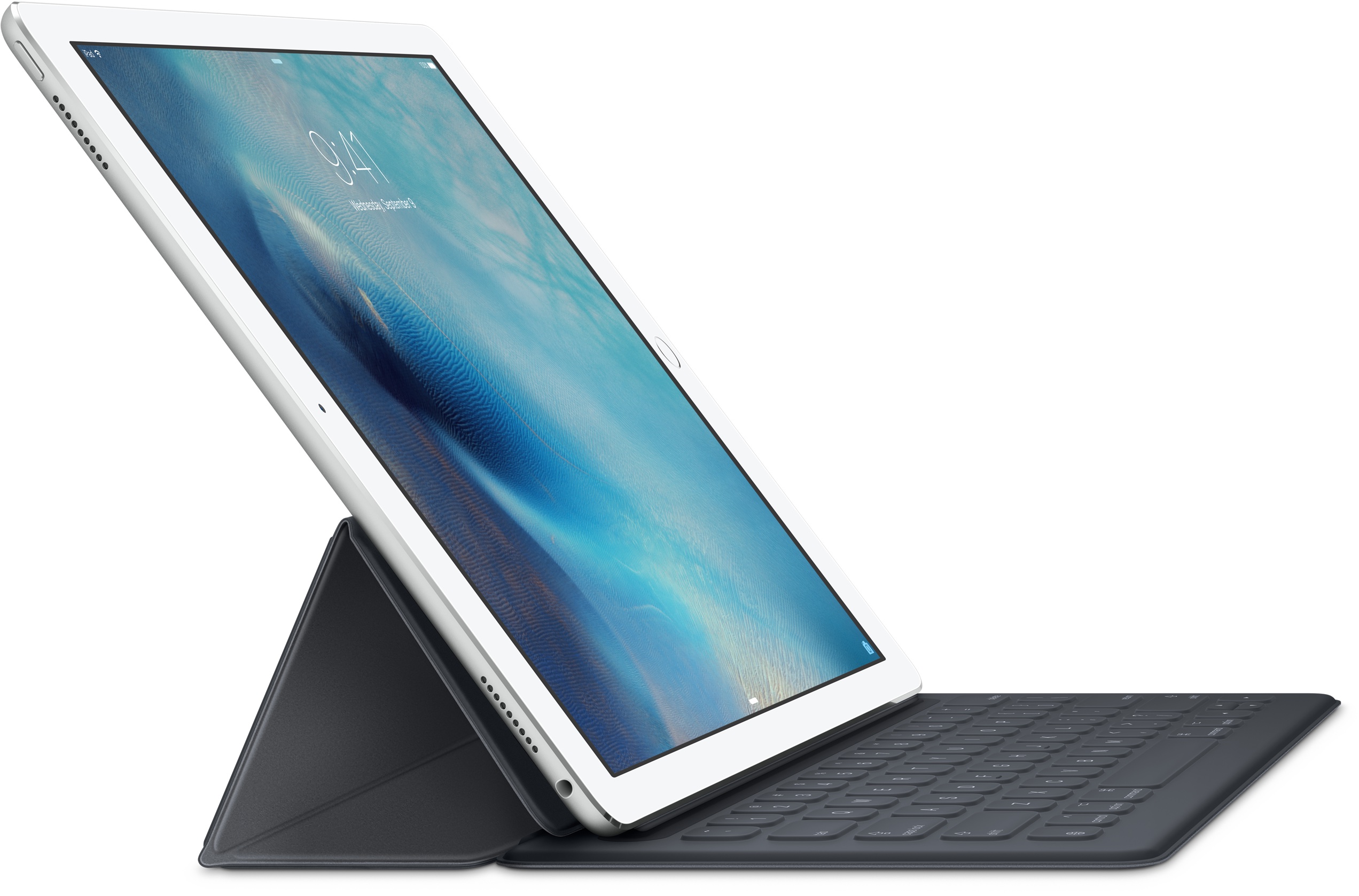 Another downside is that when using the Smart Keyboard, there is only one viewing angle for the iPad. Furthermore, the idea of ??using the iPad Pro like this in this position for a short period of time goes against all Apple's discourse of not putting multitouch screens on Macs or do you think you will be using the iPad Pro without touching your screen for a long time ?

That the future is moving towards something with fewer computers and more ps-PC devices, no one has doubts, but this desire to want to kill the PC soon I don't understand. Incidentally, Apple itself should recognize the role of the Mac: while iPad sales have been dropping in recent quarters, computer sales have simply broken records!

To top it off, when talking to students at Trinity College, Cook ?disdained? the Surface Book by stating that the Microsoft hybrid strives to do a lot, but ends up doing neither the task of being a notebook nor a tablet. .

Time goes by, but it seems to me that Microsoft is more likely to get it right with the Surface Book than Apple with the iPad Pro (at least in the task of replacing PCs).

Another point Cook made in the interview was the new Apple TV.

The Apple CEO revealed that, in addition to having sold a lot in the early days, the company is surprised by the amount of apps being developed for the company. set-top box. But what caught my attention the most was his comment about the possibility of Apple launching a streaming of videos. When asked about the matter, Cook said:

We will see. The key question for us: can we do something better, which acts as a catalyst? If we conclude that yes, then we will. But I wasn t going to do anything just to say we did.

It is still a standard answer; on the other hand, it is not at all difficult to imagine a ?catalyst? service being launched by Apple. It makes perfect sense and it would be a great addition to Apple TV.