WhatsApp users report a new bug when receiving a squirrel emoji, with the words in the ringtone here, locking the app or even the smartphone after trying to touch or remove the message. The flaw, which is not a virus, affects Android phones, and can be resolved by closing and opening the app or restarting the phone.

The recommendation is that the user does not press and do not share the message, to avoid inconvenience. WhatsApp did not officially comment on the case until the matter was finalized. 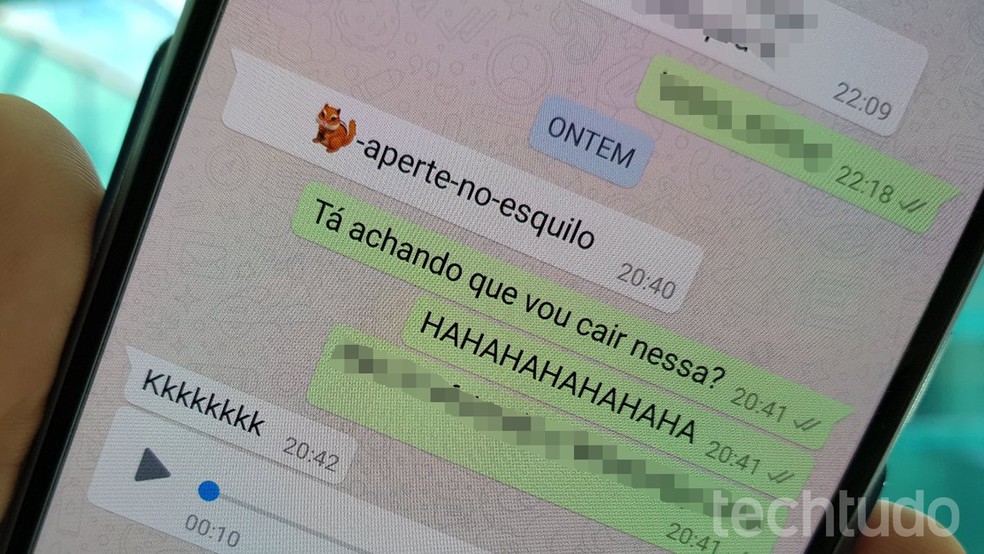 WhatsApp: how to prevent participants from editing group data

The bug happens when a message with squirrel emojis or a black dot, with the words like touch here or If you touch the black dot your WhatsApp will crash, received both in groups and in private conversations. Thus, when trying to press, select or remove the message, the use of the application or cell phone is immediately impossible.

According to the website Xataka Android, the failure happens when a set with more than 4,000 hidden characters sent in just one message. Thus, WhatsApp becomes responsive, since the amount above that supported by the application. 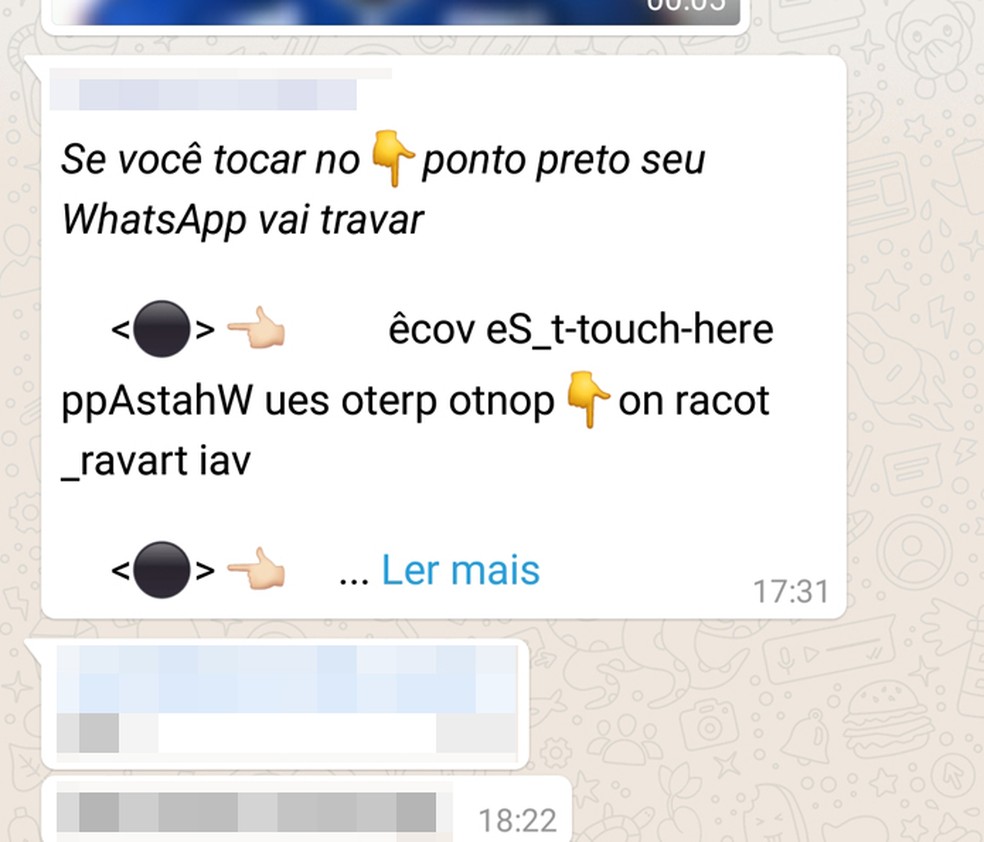 In TechTudo tests, to solve the bug, it was necessary to close and open the application again. To delete the message, I need to use WhatsApp Web or delete the conversation completely. So far, there is no information about updates to fix the problem.

Although the flaw is not a virus, WhatsApp faced some scam attempts earlier in the year. In April 2018, a threat affected 600,000 Brazilians in less than 24 hours, using beneficiaries of the Bolsa Famlia program as targets. In the same month, 26,000 users were hit by another attempt at fraud, promising free recharge.

To avoid problems, it is important to be aware of links shared between friends and family. There are also solutions provided by applications, such as AVL, Avira and DFNDR Security, which prevent threats with anti-phishing tools that allow you to find suspicious content on WhatsApp, Facebook Messenger and in SMS messages. 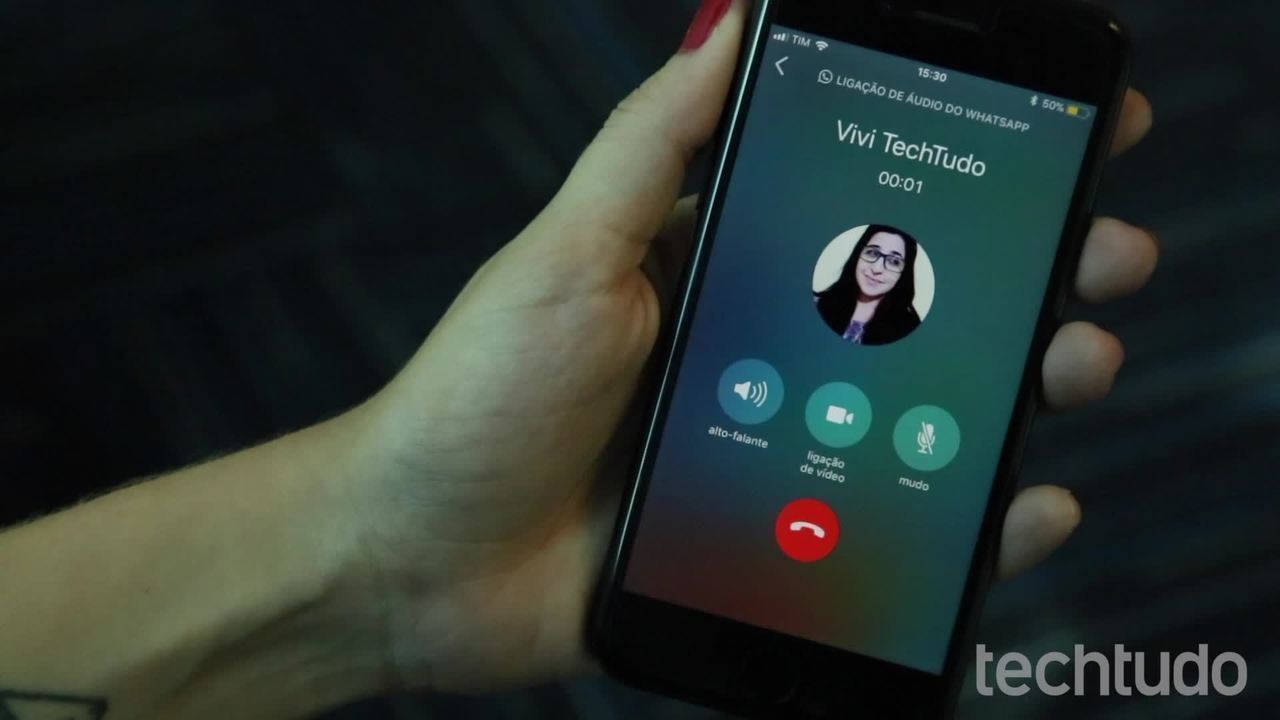 WhatsApp: what function is still missing in the app? Comment on TechTudo's Forum.