Whenever Apple launches a new Mac, iPhone or iPad, especially when the hardware comes with a new processor, people want to check numbers that technically indicate what we can expect in terms of performance.

O iPad Pro, released internationally today, comes with the A9X chip a "turbocharged" version of the A9 found in iPhones 6s / 6s Plus (if you missed it, here and here are the benchmarks their).

Today the Ars Technica published a series of tests carried out with the iPado and they stayed more or less within what was expected from the A9X that runs at 2.25GHz. Of course, it is also confirmed once again that it has 4GB of RAM. 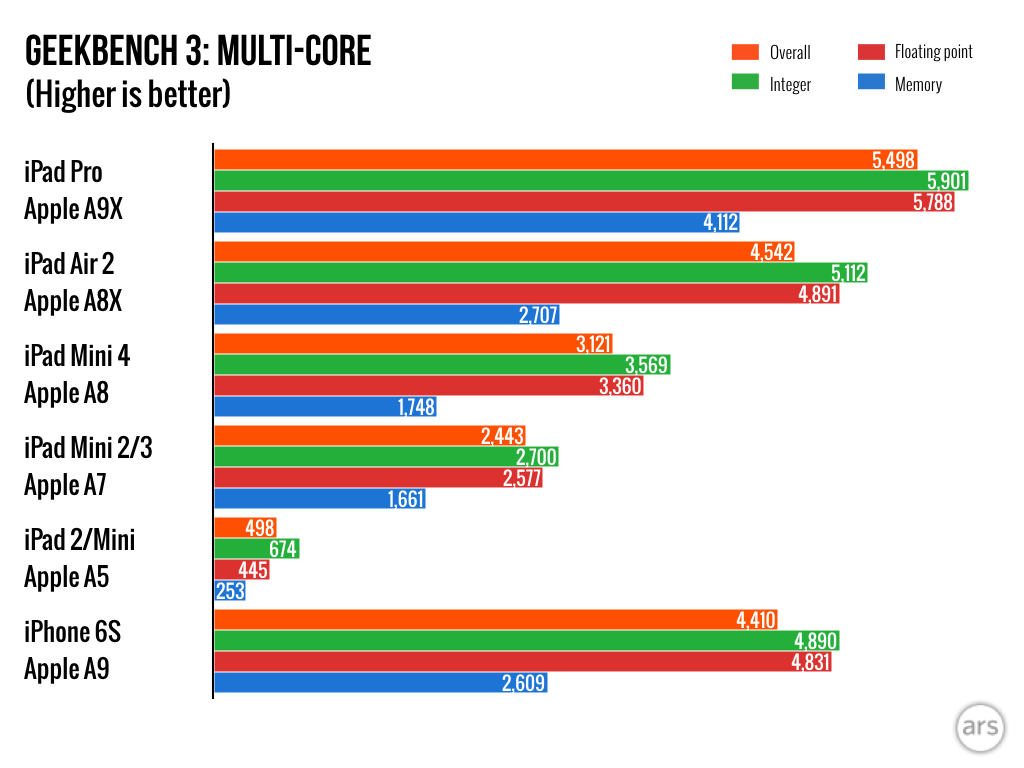 Here everyone catches the difference in relation to the iPad Pro, but it does not look bad either.

A few more benchmarks various focused on the web:

Many of you enjoy it, so we?ve set aside some nice and distinct videos below showing the unpacking process (unboxing) of iPad Pro: