The operator T-Mobile in the Netherlands was the first to disclose technical specifications of the new iPhone 3G S that go beyond what was exposed on Monday by Apple, during the opening of WWDC ?09. Instead of just saying that the new device is twice as fast in this and three in that, she also included in the descriptions a detail of her processor, which in fact has a frequency of 600MHz. 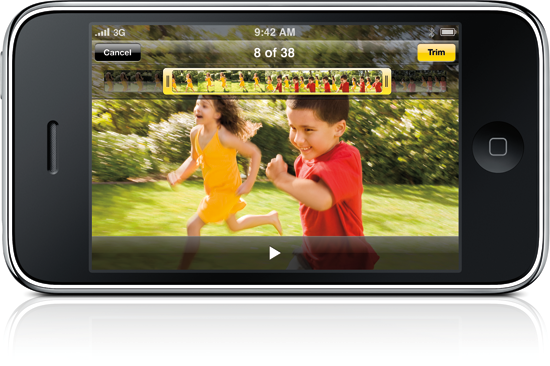 The information confirms what was already corroborated in this matter weeks before the conference, about the chip inside each new iPhone being 50% faster than the current ones. The 3G model that will continue to be sold for $ 100 has a 400MHz CPU, with the 3G S being the most powerful ever placed in an Apple gadget. Apparently, it is based on the latest v7 Cortex technology, from ARM, which brings, among other news, an improved set of instructions for multimedia.

Also on the T-Mobile page is confirmation of the use of 256MB of RAM, twice as much as in all its previous generation of devices multi-touch. This gives more physical space for running applications on the new iPhone OS 3.0, which by the way brings a large number of features and yet proves to be very fast. With more memory, processes run with better performance and are less likely to shut down automatically because the system needs more space to run.

As for the more powerful graphics of the iPhone 3G S, sources linked to the AppleInsider claim that this novelty is present thanks to the graphic chipset PowerVR SGX, technology from Imagination Technologies that would have been licensed to Apple and Samsung in the production of SoC solutions (in English, System on a Chip), connecting a powerful graphics processor to a chip with general processing power and wireless connectivity. Thus, this solution delivers excellent computational performance with improved graphics.

due to these advances in hardware that Apple was able to support its new smartphone with support for OpenGL ES 2.0, a specification that comes to make code programming surrender for more flexible 3D scenes and compositions. By eliminating some object patterns used in the 1.1 specification, they are totally incompatible, which made it mandatory for Apple to include additional drivers for 1.1 support in the new graphics hardware of the iPhone 3G S. This makes it support applications compiled with the old model of APIs for 3D graphics, which is beneficial for the current games to run with greater performance.

Check out another trailer for the movie “Steve Jobs”, starring Michael Fassbender