Duet at TikTok with friends or tiktokers famous is one of the many fun features present in the app. The functionality, available for both Android and iPhone, splits the screen in half and your video appears side by side with that of the other person.

To use the feature, you need to have the app installed on your Android or iOS device and have an account on the service. In addition, the profile with which you will perform the duet must be public and the video cannot be longer than 15 seconds.

1. Open TikTok and find the video you want to record a duet with. Touch the arrow icon to open a sharing options menu; 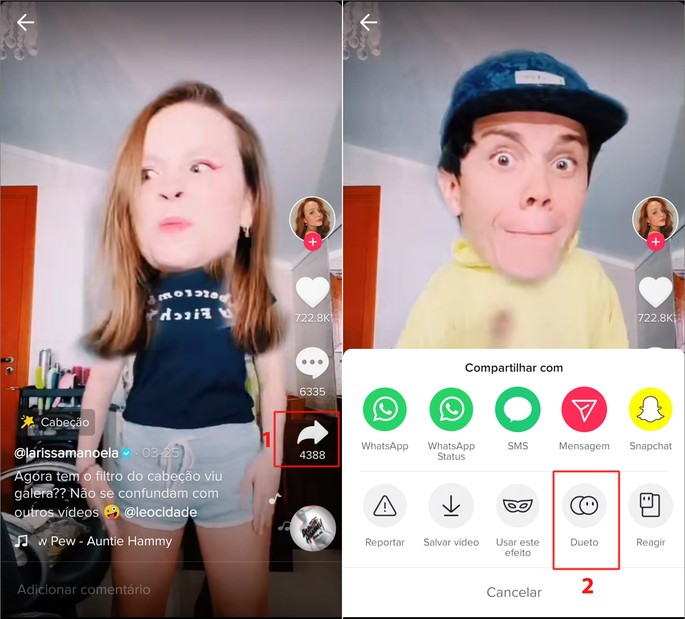 3. Wait for loading until you open the Duet recording feature. The screen will appear split in half, with the original video on the right. Touch the red circle to start recording and hold until shooting is finished; 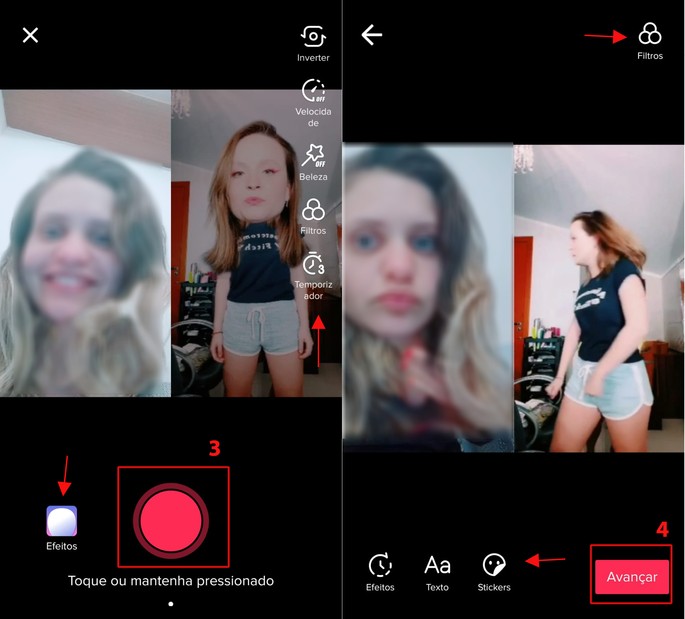 4. When finished, you can insert effects, filters, text or stickers. When you finish editing, go to Forward;

5. Then just publish the video the way you prefer. It is possible to tag friends and include hashtags in the caption, as well as choose to share the duet on other platforms, such as Instagram Stories, Facebook and WhatsApp. Complete the process in Publish.

Generally speaking, duets are used for those who want to sing along with their music intent. Or else to do a choreography or funny movement in sync with the recording of another user.

Tips for doing well on TikTok

1. Record videos without holding the button 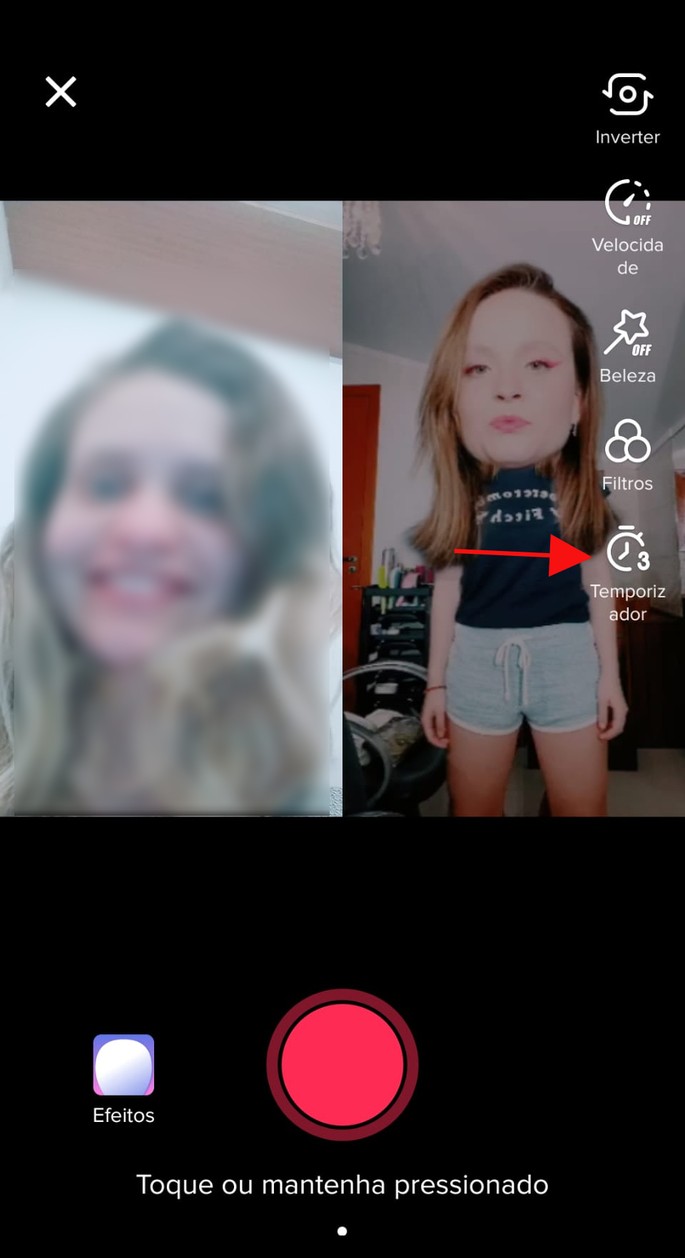 By leaving your hands free, you will be able to make more movements and choreography and, thus, enrich your videos even more. To do this, simply activate the timer, available through a clock icon on the shooting screen.

Indicate the length of the film and if you want a count of 3 or 10 seconds. So, go on Start shooting and wait for the countdown to finish before starting. If you want to interrupt, just touch the red circle.

Are you in a low light environment? Don't worry. It is possible to activate the smartphone's flash and make the video better lit. The icon is available on the recording screen and appears only when using the camera that has the feature.

That is, if your device has only a flash on the rear camera, then see the icon only when it is activated. If the front camera also has a flash, then the option will also be displayed. 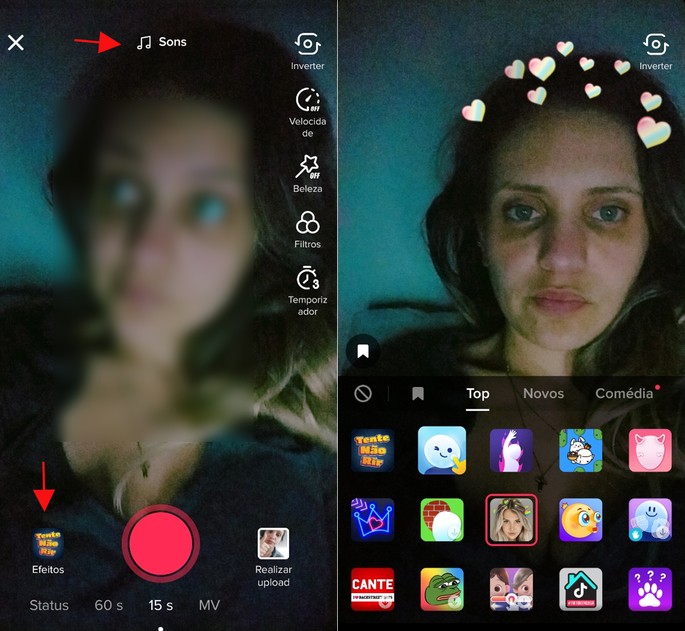 TikTok has a dozen filters that use augmented reality, similar to those used in Instagram Stories and Snapchat. Try the options to create original and creative content.

Another feature widely used in the app is video editing. The possibility of making easy-to-make cuts allows you to create magical visual effects, such as changing clothes or hairstyle when jumping or covering the canvas.

If you are recording with your free hands, just touch the red circle to pause the video and touch it again to resume shooting. If you are holding the button, just release it and hold it again when you want to record.

Then, adjustments can be made using the editing tools, such as the inclusion of transition effects and video clipping. You can also dub and dance songs you love, available in the Sons option. Or, use a song with a soundtrack after the video is recorded, in the post-production effects.

Want to know more? Check out our complete TikTok guide: what and how to make videos in the most downloaded app in the world 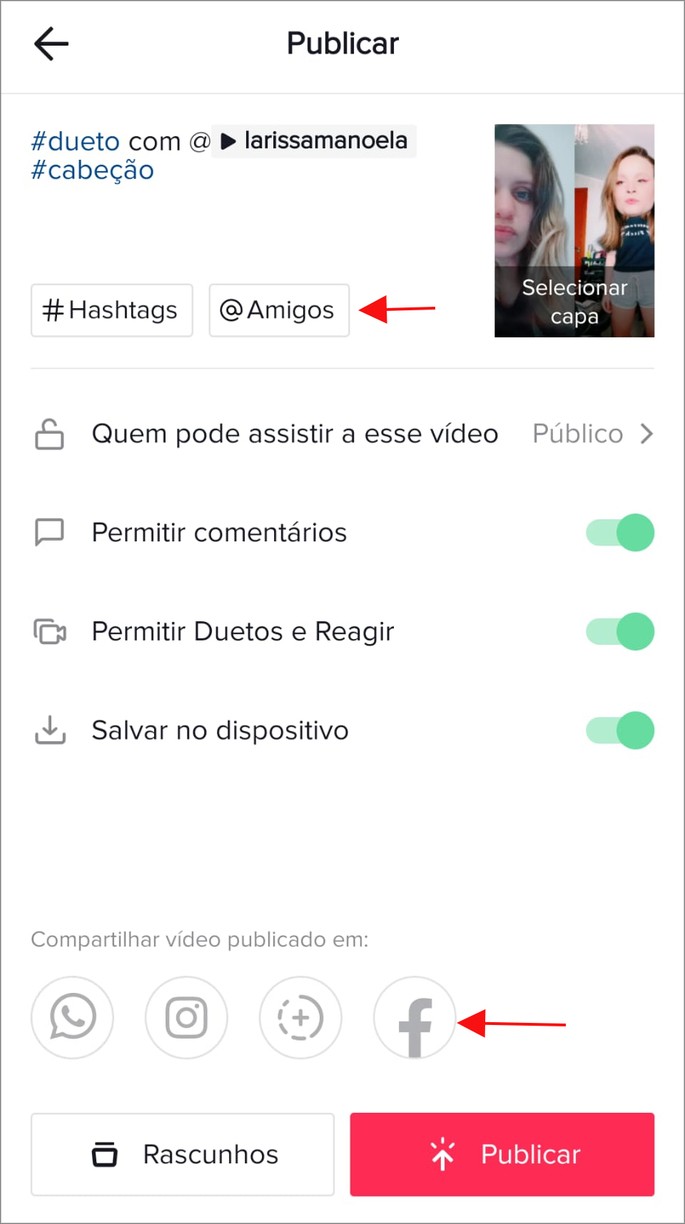 Want to become popular and become a tiktoker known? Then start exploring the app's social tools to the fullest. Participate in challenges and use related hashtags to be listed on the tab To discover.

Also share the video on other social networks. So you can advertise your account on other platforms and gain new followers.

Journalist graduated from UFRJ, she has been writing about technology for seven years. Carioca currently lives in Portugal, a country he adopted. In his free time, he enjoys going to the beach, reading, watching movies and doing serial marathons. Instagram is your favorite social network, but WhatsApp saves you from missing those who stayed in Brazil.