Firefox Monitor is a website that promises to inform the user if their passwords have been leaked on the web. The service works in partnership with Cloudfare and HaveIBeenPwned (HIBP), known for offering a similar solution.

The tool will allow you to insert your e-mail address on a page to find out if the login is present in online databases of stolen information. The news was announced this Tuesday (26th), but it is still under development, with the forecast to reach the first 250 thousand users from next week. There is still no provision for Firefox Monitor to be released to everyone. 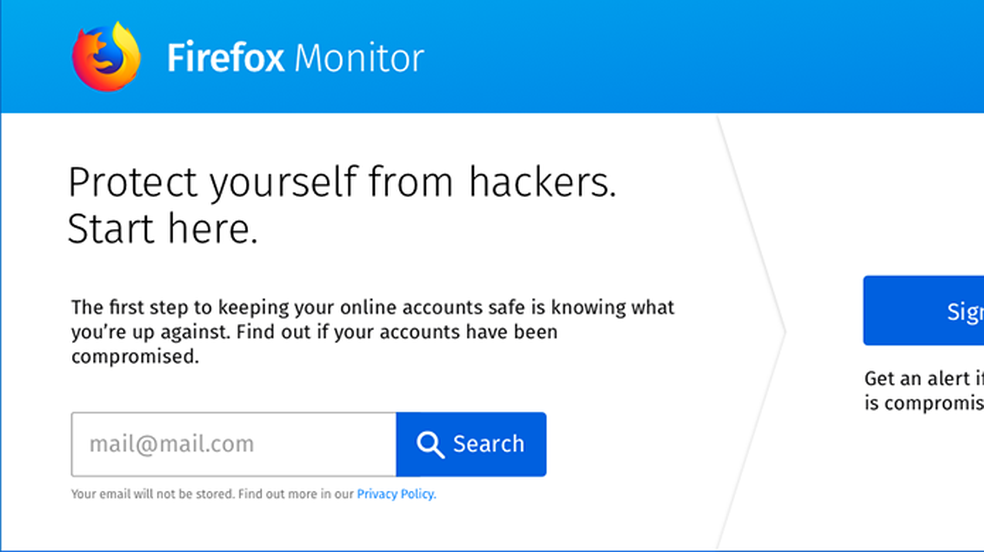 Firefox Monitor may also offer an automatic alert to the user. According to Mozilla, a notification system is under study to inform about possible leaked logins without the need for manual consultation. The measure requires continuous sharing of the person's email address. However, the organization says the data would be protected for privacy reasons.

We work closely with HIBP and Cloudflare to create an anonymous data sharing method for Firefox Monitor, which never sends your full email address to third parties, Mozilla says in a statement.

The tool will be made available to anyone through an independent website, with no direct relationship to Firefox. However, some functions will be exclusive to browser users. The automatic alert on leaked data is likely to be one of them.