After Rio de Janeiro, savior It is the second Brazilian city to have its buildings drawn three-dimensionally on Apple's maps. 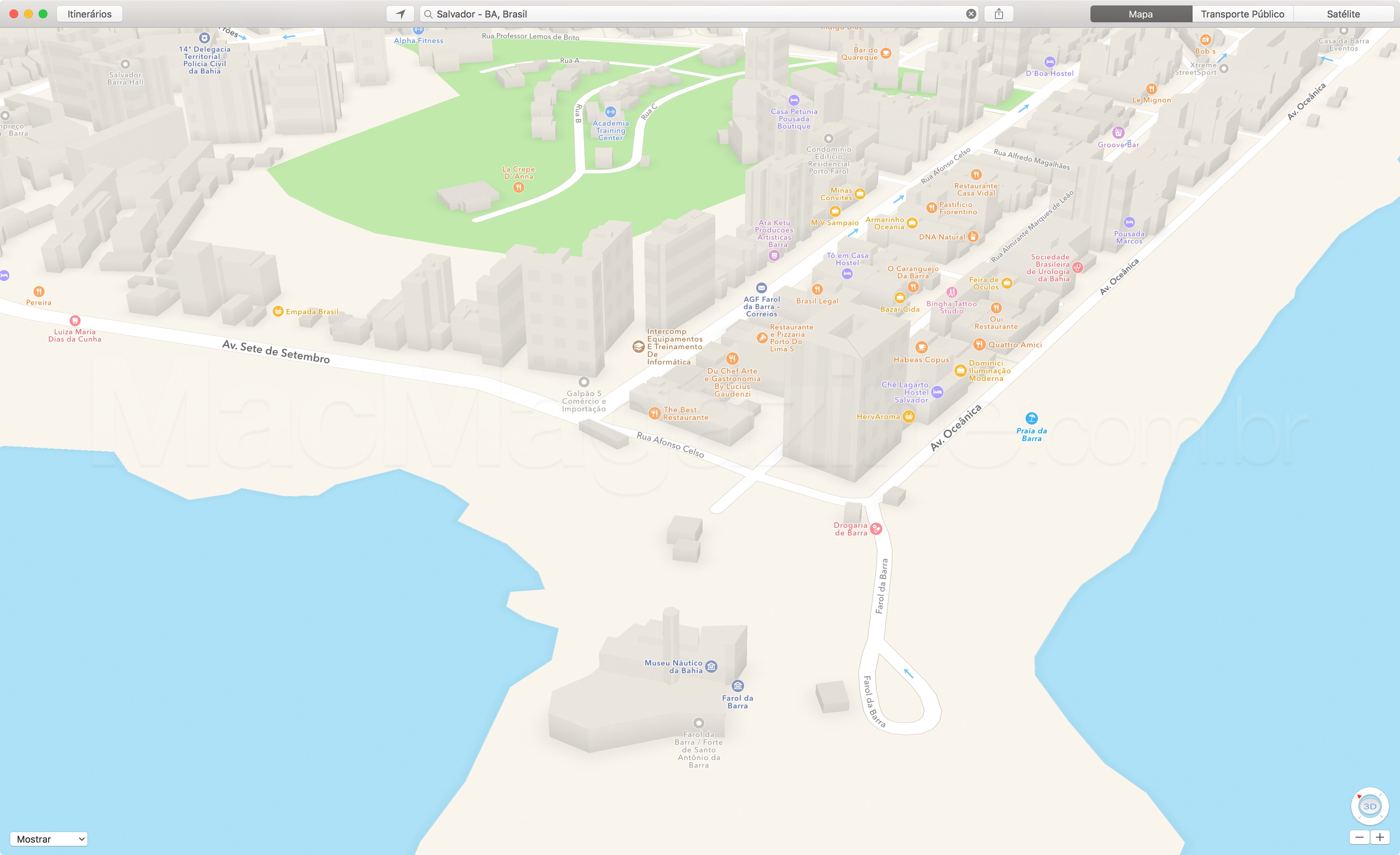 Much of the city is covered, but obviously not 100%.

Despite the novelty, Apple continues to be lacking in making certain corrections / geographic updates. Here, right in front of where I live, a new road with a lot of flow was built almost two years ago, which until today is not on Ma's maps. As I pass through it almost every time I leave / return home, I can't even think about using them.

On a related note, Apple recently expanded the public transport routes for its maps that are also already available in Rio for Honolulu (Hawaii) and Kansas City (Missouri, United States).