At the beginning of the year, the App Annie website (which analyzes application data) released the results for 2015 in which it showed that the Google Play have more downloads, but App Store earned in revenue, generating twice as much. The numbers for the second quarter of 2016 survey (PDF) were not far from that, no. 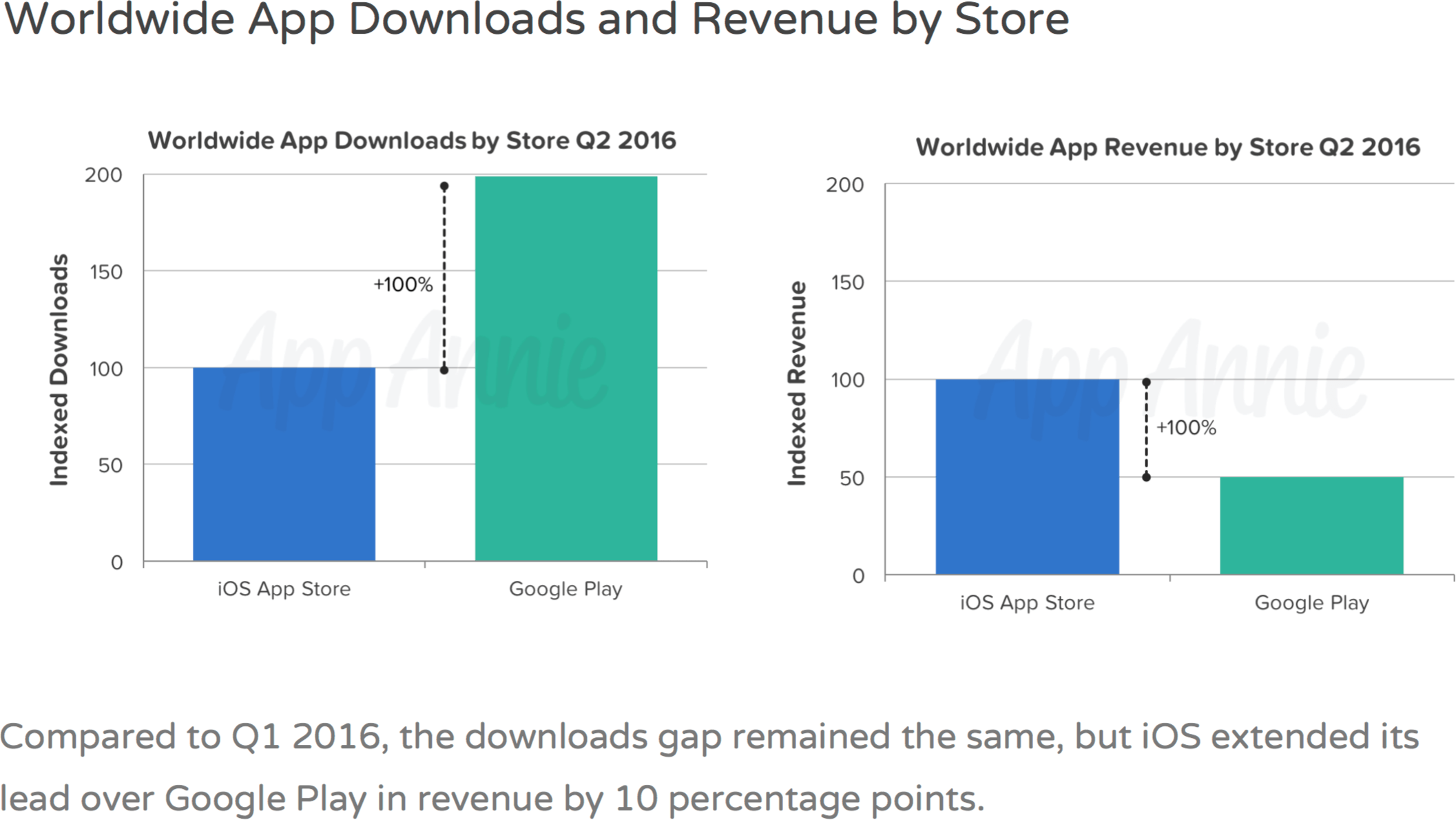 In the image above, the graph on the left shows Google Play at the front with numbers of downloads; on the right, we can see twice the App Store revenue. When it comes to entertainment and music, the discrepancy in revenue between the two stores is quite large considering apps like Apple Music, Spotify, Netflix, among others. Our Brazil appeared in second place in the category ?Music and audio? on Google Play. 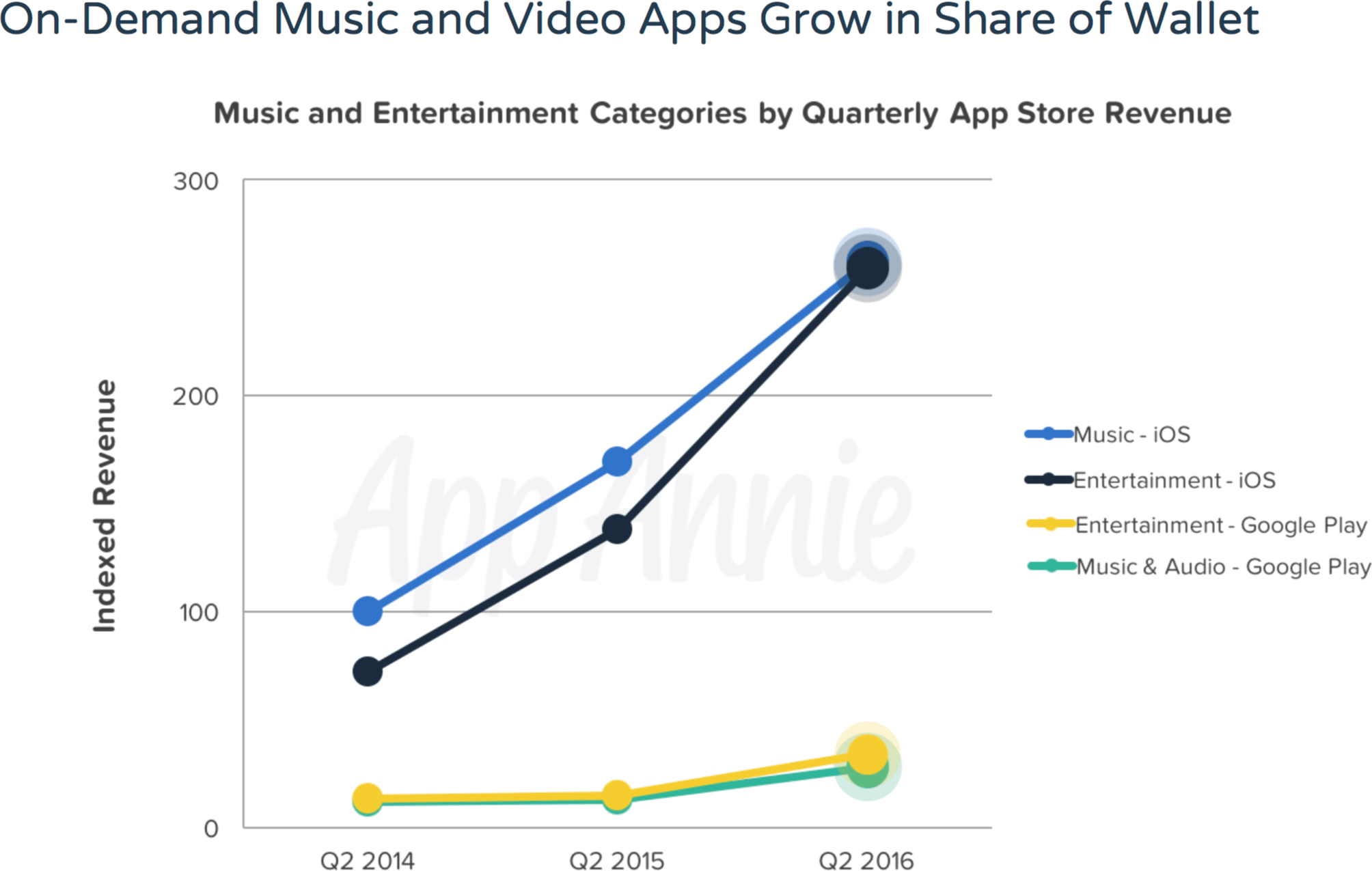 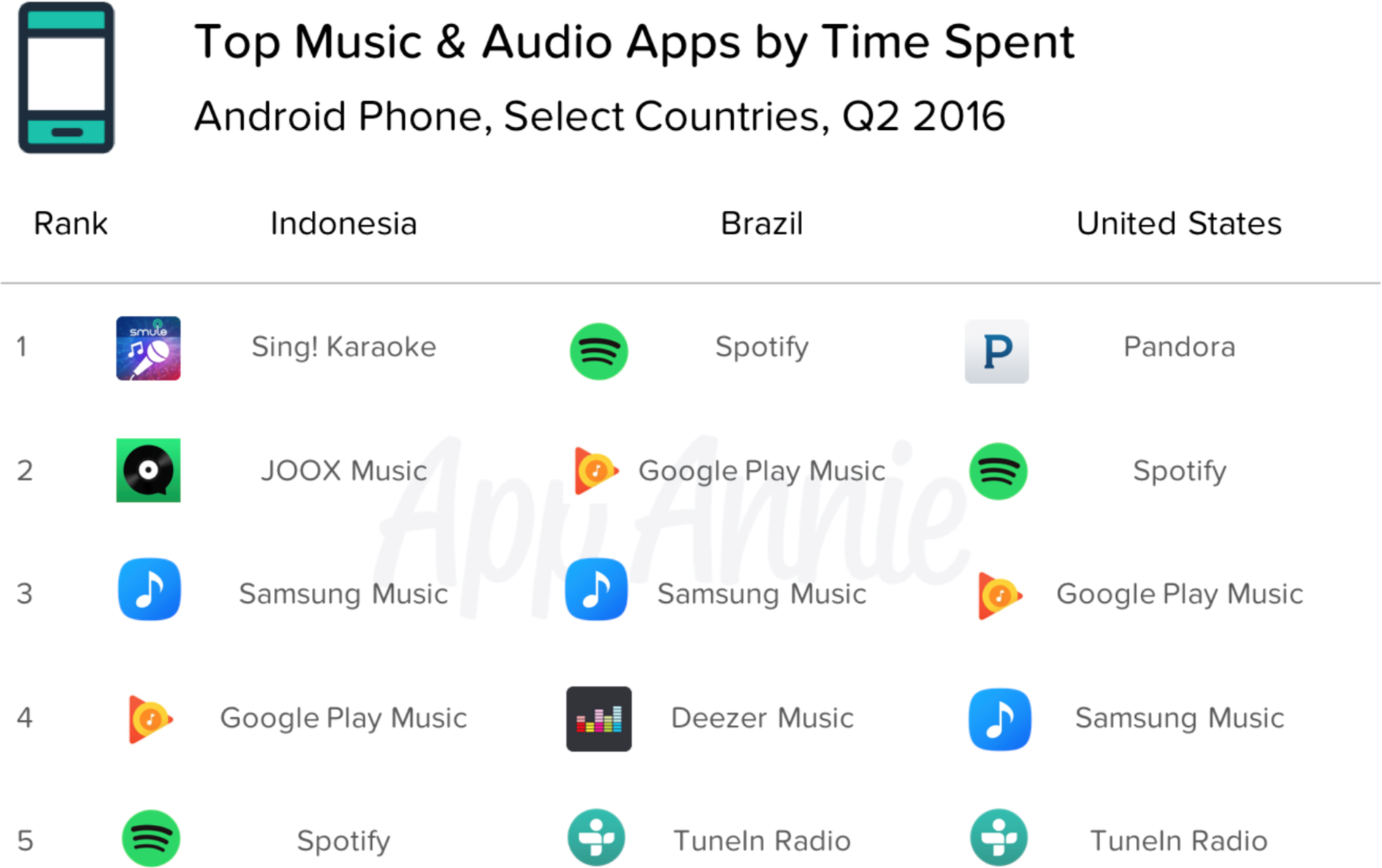 Our green and yellow land also decided to show up in the survey when they listed downloads from stores by country. As the image below shows, the percentage of Android downloads is much higher. They also listed the recipes by country, but Brazil didn't even appear. 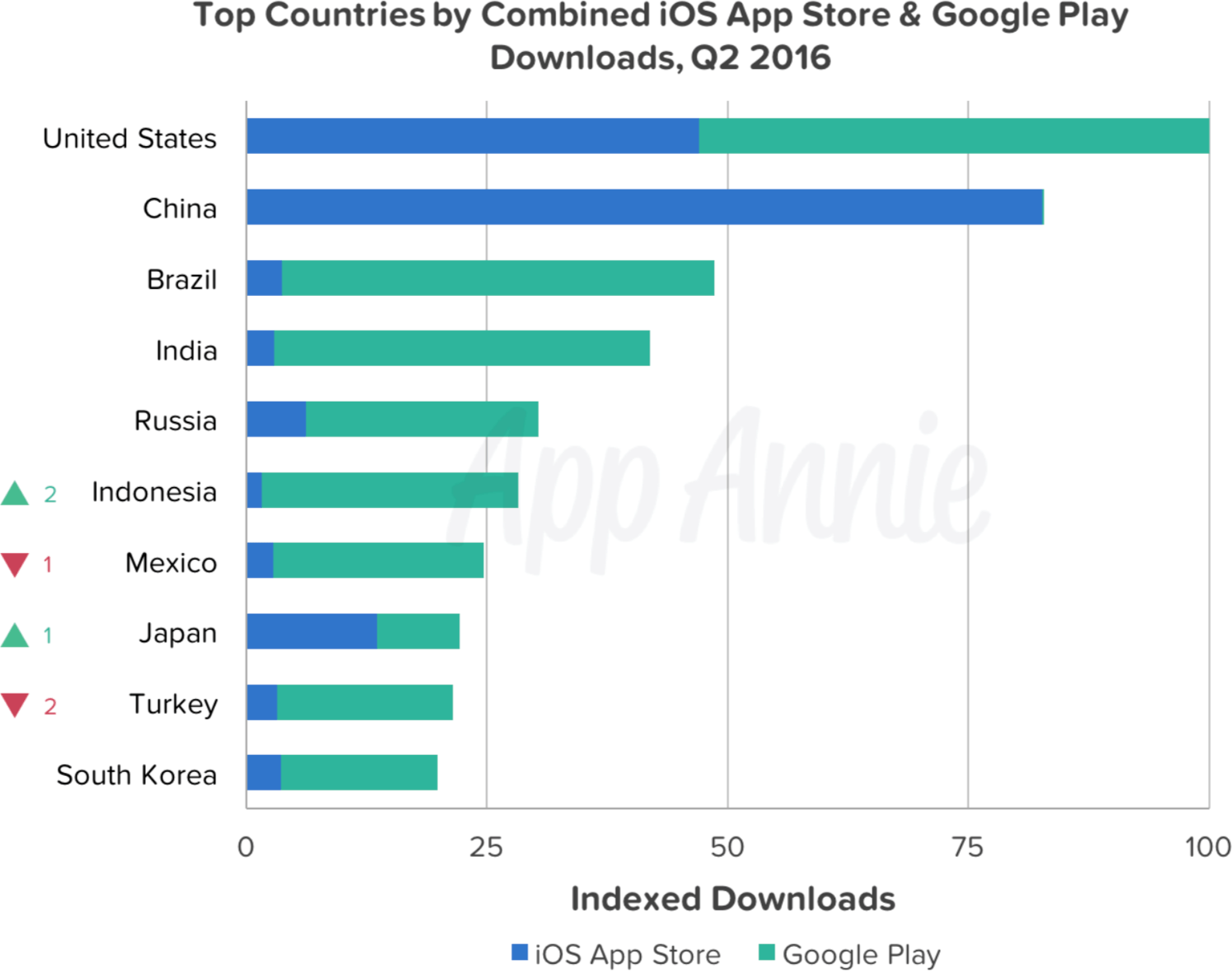 The App Store's ?Games? category revenue showed China dominating first, followed by the United States and Japan. According to App Annie, this result is also expected for the categories in general, as the Chinese market has grown a lot in this area and because Google Play is not yet available there.

The result for the overall app market was $ 52 billion this year and App Annie suggests that by 2020, that number will reach $ 102 billion.