Cited as a candidate for a new generation of Macs Pro, the Core i7-980X processor recently launched quite powerful when it comes to tasks with applications adapted for parallel processing, as shown by tests done by AnandTech. Given that many professional applications support this technology in its latest versions, its users will benefit the most from the new chip, which may be less powerful than its previous generation in some situations. 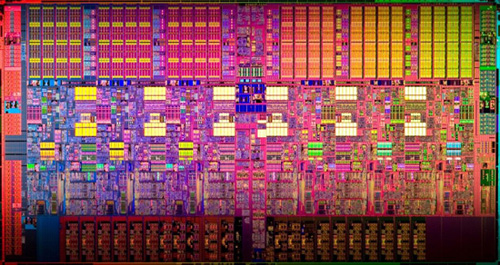 In the tests conducted by the website, the tasks that most yielded positive results were 3D modeling, editing with filters in Photoshop and video coding, which can take advantage of parallel processing in different ways. When compared to a Core i7 processor quad-core 3.33GHz, the new Core i7-980X hexa-core it can be faster by up to 70% difference; however, there are cases where its performance may be lower than the ?competitor?, especially when the task in question requires more of the actual speed of the gaming chip, for example.

For ordinary users to purchase the new Core i7-980X, the price is unfortunately barely viable: a chip similar to the one tested by AnandTech can cost up to $ 1,000. However, it is good to remember that major manufacturers will be able to obtain them in batches at more affordable prices than this, representing considerable savings in cases such as Apple's, which still depends on Xeons to bring professional performance in multiple cores to the Mac Pro .