On August 14, Apple opened its doors at a new shopping center in Manhattan called Westfield World Trade Center. There was a lot of speculation about whether or not to open this store, mainly because it was the year the 9/11 attacks turned 15 years old, but the neighborhood where the store and the mall are located, Tribeca, one that the United States is interested in. to rise again just to prove that an attack would not make the American spirit wane much to the contrary, that would be one more reason to rise up bigger and stronger.

At this point, Apple, in the best example of the American spirit, could not stop opening a store in the location that it lists, follows the recent format without Store ?in the name (only Apple World Trade Center) in order to be seen as a meeting and convention center for all visitors. If Apple's intention is not just to sell, but to create an experience for the user, letting go of the suffix goes a long way to illustrating all the potential that an Apple Store can offer.

The mall structure (Oculus), composed of 110 steel ?ribs? weighing a total of 56 tons, form a work of art that stands out from the rest of the buildings located around it, including the One World Trade Center itself.

Another thing that catches the eye of any Applemanaco the information desk: even then employees use Apple machines, a rare thing to see, even in the USA: 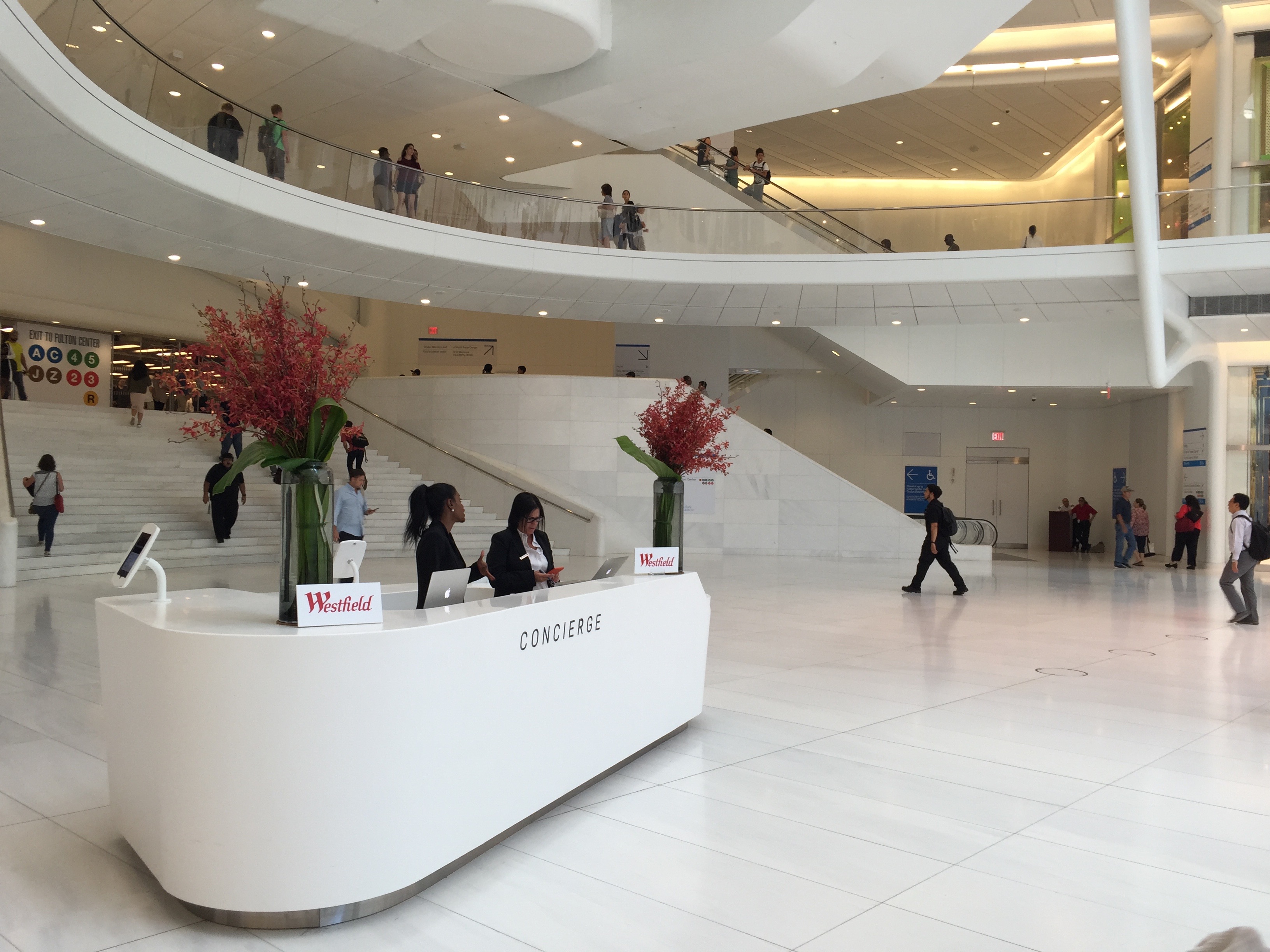 Inside Apple, all the decoration already follows Ma's new generation of stores, bringing a living area, a gigantic 6K monitor and very green.

At the invitation of the store staff, I went back there on September 7 to watch Apple's keynote on this beautiful screen, but what was my surprise when I arrived and found out that the Cupertino team and the store team failed to make the streaming work! ? Despite everyone's frustration, at the time I could only think of Breno Masi speaking Man, Apple is no longer the same, the way was to watch the Apples TVs connected in the same store.

In a place marked by a tragedy and struggling to get up, without a doubt stores like Apple's and the structure of this mall itself show that the marks of the 9/11 attack are still felt but that the New Yorker people are struggling to overcome this. especially in a year that marks 15 years since the attacks on Twin Towers.

The $ 4 billion project focuses not only on resurrecting the region, but also on becoming a center of culture and social interaction among New York residents. The mall administrators expect 15 million tourists a year to visit their new facilities with local residents, who connect to the mall via the ?World Trade Center PATH? subway station, which is located within the mall itself and connects no less than 13 lines subways and trains, pouring a total of 300 thousand people daily.

According to the mall's operator, the Westfield brand, it will serve as a model for all the next shopping malls to be opened and operated by the brand within the American territory.