Feiyutech has announced a new camera that looks a little familiar, the new portable gimbal Feiyu Pocket. Whoever follows our content here on the site has already seen a device very similar to this one, DJI was the first to launch a really small gimbal that literally fits in your pocket. Now, to try to compete with the DJI model, Feiyutech is presenting a gadget that is also small, has stabilized footage and is capable of recording at 4K60fps, a powerful combination that draws a lot of attention.

The biggest difference between the two products is in the price, the new device costs about 2/3 of the DJI device, is available for U $ 249 (R $ 1308), the Osmo Pocket costs around U $ 369. However, there are some other significant differences, although the two may look similar on the outside.

The sensor in the Feiyu is slightly smaller than the DJI and the maximum aperture of the camera is also slightly smaller, although it has a wider field of view and a slightly larger LCD screen. While Feiyutech's 1 / 2.5 "CMOS is used by DJI's 1 / 2.3", the device from the world's largest drone maker and owner of Hasselblad also features 12MP, while Feiyu has only 8.5MP.

In terms of video capture, the devices are quite complete, Feiyu goes a little further and brings bass at up to 240fps in 720p. About the bitrate, an important point to keep an eye on the quality of the generated video, Feiyutech did not reveal the 100Mb / s Osmo Pocket in MP4 format. The new gadget on the market has an angle of 120, a maximum aperture of f / 2.8 and a 1.3 "screen, the oldest has an angle of 80, an aperture of f / 2 and a smaller screen of 1.08". 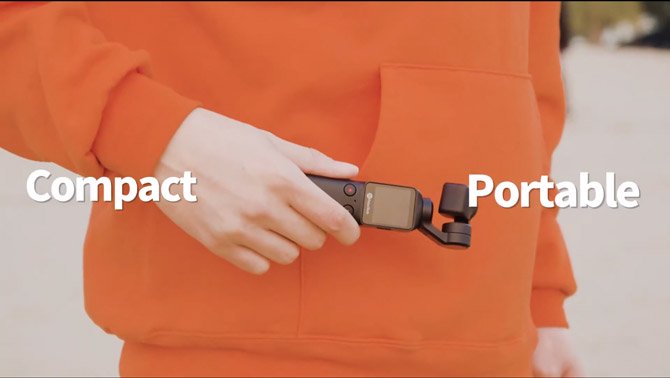 In addition to film stabilizers with built-in camera, there are also those that work with smarpthones and applications, if you are looking for one, you can take a look at our guide and find out which one is right for you.