Samsung phones have a native feature called Dual Messenger. The feature has the appeal to duplicate some chat apps and social networks, including WhatsApp, to use two accounts on the same phone. The useful function for those who need to maintain more than one phone number is a personal and another of the company, for example.

In the following tutorial, learn how to use two WhastApp accounts on your Galaxy. The procedure was performed on a Note 8, but the tips apply to other Samsung phones, such as Galaxy S8, Galaxy S9, Galaxy A8 (2018) and Galaxy J5 Pro, among others. The walkthrough is also the same for Messenger and Snapchat.

Learn how to use the Dual Messenger function of Samsung cell phones Photo: Luciana Maline / TechTudo

Step 2. Go to "Dual Messenger" and turn the right key to "WhatsApp" or the desired application. 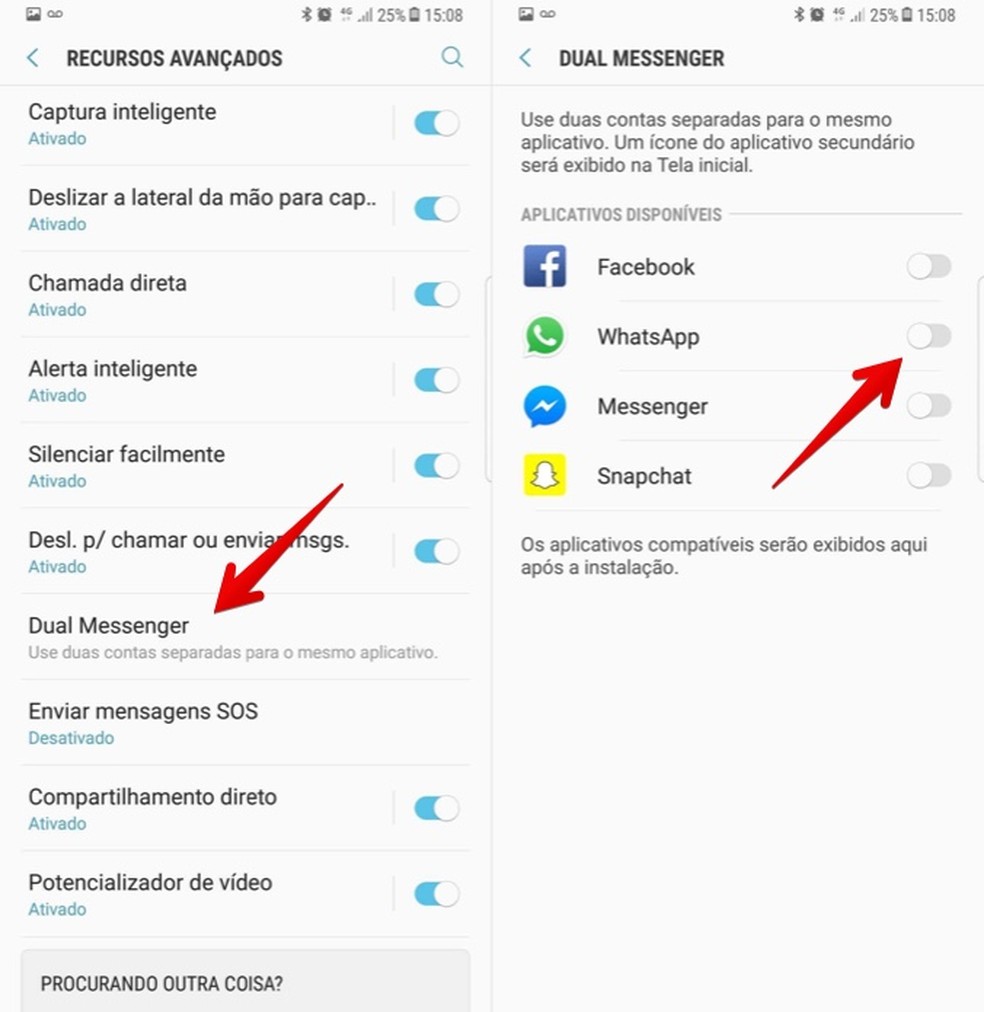 Step 3. Tap "Confirm" to agree to the terms of use and then "Install". Wait until the secondary WhatsApp is installed.

Agree to the terms and install the second version of the app Photo: Reproduo / Helito Bijora

Step 4. Note that a new WhatsApp icon will be displayed on your phone's home screen with a small orange label. Tap on it to open the second instance of the messenger. Finally, just follow the standard procedure to add the second cell number.