Other World Computing took advantage of CES 2011 to renew its entire line of solid state drives (Solid State Drives) Mercury, bringing models for Apple laptops and desktops of the most varied.

But the flagship is here, which represents well the performance gains provided by these SSDs: I speak of the OWC Mercury Aura Pro, intended for old MacBooks Air, from 2008 and 2009. 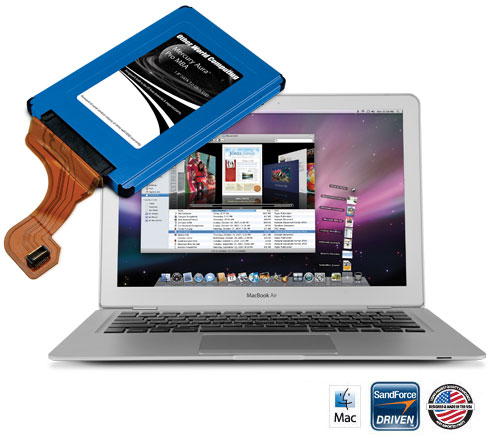 To demonstrate this, OWC has published two new videos that compare a 2009 MacBook Air with its new SandForce SSD against another Air with a superior processor running on a conventional hard drive and even against a 2010 MacBook Pro with a Core i7 chip from 2.66GHz. We won?t say who did better.