Surprise: Tim Cook is, again, in chinese lands, taking a tour of Apple's operations on the other side of the world after the announcement of the opening of two more Research & Development centers in the country. And, inevitably, our favorite CEO (or not) sat down with a local press vehicle for yet another of his interviews playing on points like Ma's relationship with China, Didi Chuxing and, of course, Donald Trump. 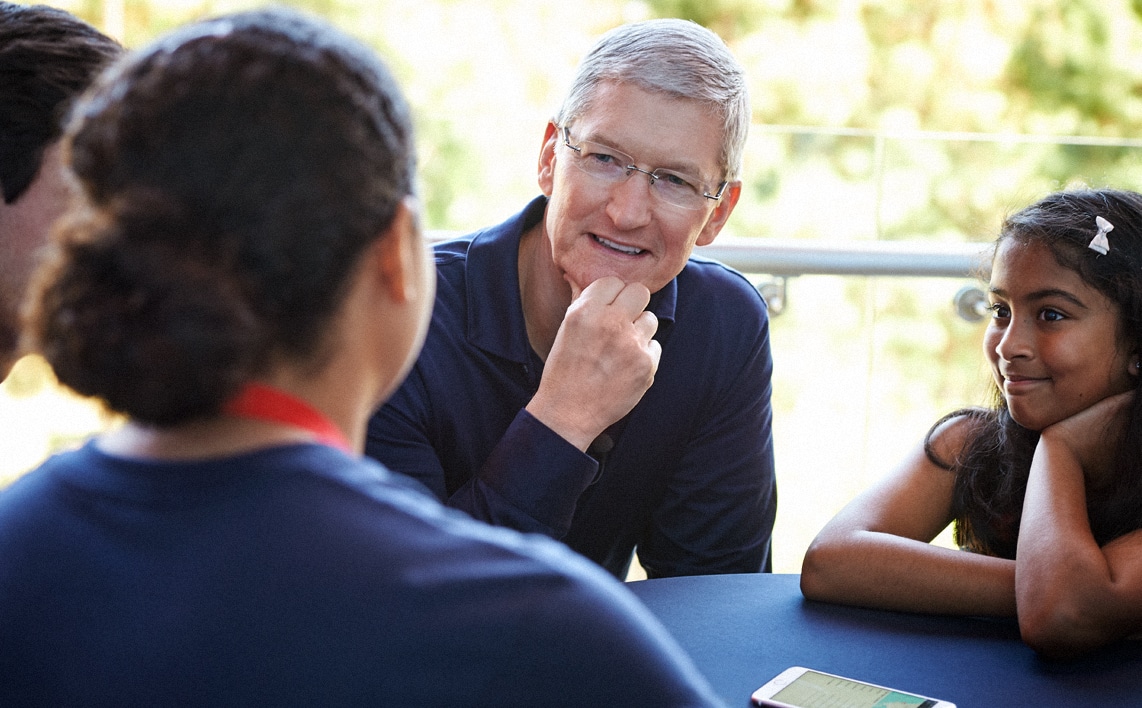 Talking to the local newspaper Caixin, Cook made a point of reiterating how it could not be otherwise, considering that we are talking about the CEO of a global company referring to the largest consumer market in the world that Apple is in China ?to stay? and that has more grandiose ideas than just conquer a market share: the idea of ??improving the lives of the Chinese.

We are not simply someone who came here to enter the market. We have created 5 million jobs in China. I'm not sure if there are many other companies, local or foreign, that can say that. Our reasons here are profound. I really appreciate this country and the people who live here. We are here to stay.

Regarding the Didi Chuxing, startup Chinese competitor of Uber in which Apple invested an undisputed (and astronomical) amount of $ 1 billion, Cook also added a few more words to his previous statements on the topic.

We've never invested in a developer before, and yet we know Didi, and she's so impressive. We feel that the way the company is managed is so fantastic, and so is their idea. () And we like the holistic vision, to operate everything from taxis to private cars. There is an alignment in our strategies. They needed some investment to continue operating, and we really want them to be successful and go global.

Cook also spoke a little about the important and controversial topic of globalization, about which we can say that, in good Portuguese, the executive preferred to stay on the fence:

As a consequence of the above issue, Cook obviously touched on the recent polemics of American President Donald Trump and other world leaders whose policies point to a more anti-globalized and protectionist path. On these issues, the executive was more assertive:

It is necessary to continue with this (globalization), because it is great. But it is necessary to fix that (the problems brought by it). I think there are ways to address this issue. I don't think it's an impossible task. I hope that politicians will put their attention on solving this problem, and I am optimistic. We need to be. There are so many good things in the world; we just need to focus on the ones we need to fix.

Here's: the words of a CEO who, for whatever reason you prefer, seems to have some kind of awareness of the world's problems. It is clear that Cook is still, above all, the head of one of the largest companies on the planet and, therefore, needs to play his role as a leader who is appeasing and sympathetic to foreign markets; even so, there is no denying that his claims on many relatively polemical topics are always welcome even more considering that they come from such a powerful mouth.

AppleInsider brings details about the new 11.6 ″ MacBook Air to be announced next week [atualizado]

Brand Finance: Apple's brand value drops for the first time in years and Google takes back the lead