I don't need to remind anyone that I'm an Applemanaco and addicted to my iPhones and iPads, am I? In their disgrace for nothing, but last Thursday I was forced to abandon all my iGadgets to use another device for an entire day. 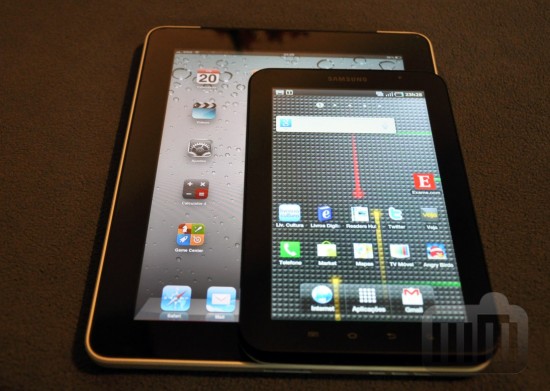 I had some meetings scheduled in Belo Horizonte (MG) and replaced my MacBook and iPhone with the so-called Samsung Galaxy Tab, which uses version 2.2 of Android as an operating system.

The first challenge of the day was to "bring back" my 3G internet chip to normal size, as the Galaxy Tab uses a common SIM, unlike the iPhone and iPad. As soon as I finished the gambiarra, the tablet took a signal and, quickly, already set the internet settings without manual adjustments.

After that, I opened the email program to set up my Google Apps account and it couldn't be different: the timing was perfect! The experience of using Google services is infinitely better on the Samsung tablet than on the iPad, since it is something natively integrated with Android. Before long, I had my email working, contacts synchronized and the complete appointment book. 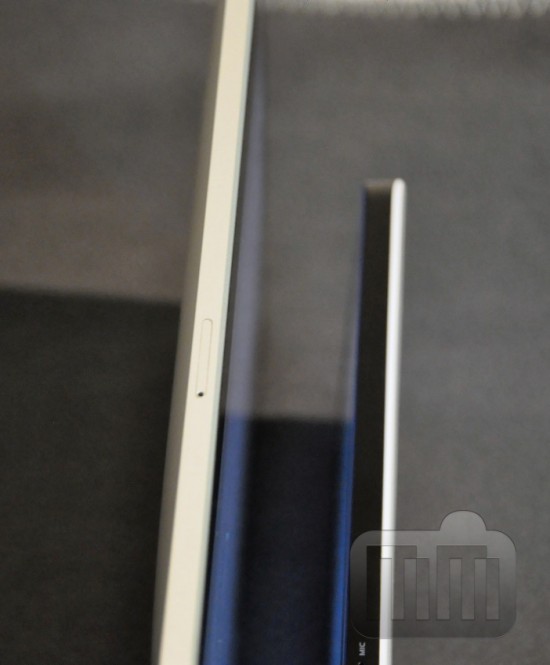 Ready to go? I think that before that I had to popularize the gadget with the applications that I normally use, and once again it received a positive point. I even used a Nexus One for a while and, thanks to the system over-the-air, some software that I used came automatically to the Galaxy Tab, accompanied by the settings I had previously made. Apple could copy that fast, hehe.

After the first good impressions, I felt a little difficult to adapt to the Galaxy Tab's 7 inch screen, as it does not make the gadget portable enough to fit in a pocket and not big enough to be carried in a backpack. Considering that men don't normally use a purse (laughs), it's a little uncomfortable to have to carry it in their hand all the time (or, to keep them free, under the arm like a Bible seller, hehe), which makes it much more exposed to dirt than the iPad.

Another thing that bothered me was the fact that his cover opened to the opposite side to what we are used to, always looking like I'm opening the tablet from the back to the front. 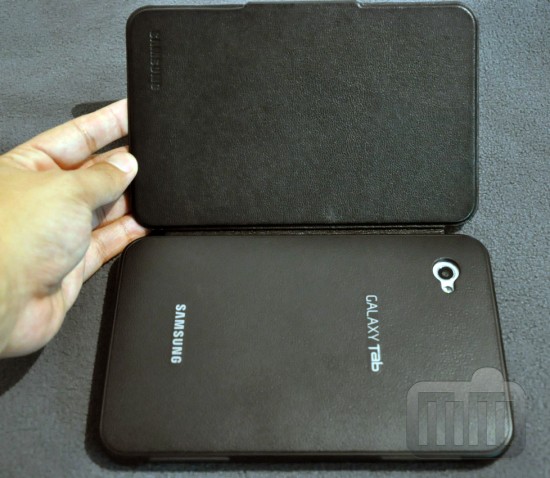 Regarding the interface, it didn't take much to notice that Samsung takes an Apple prom. Unfortunately, this version of Android was not developed to run on tablets and, with that, you often have the impression that using a giant smartphone would this be Androido? This problem should be solved in the next update, which will have a specific version for the new type of device. 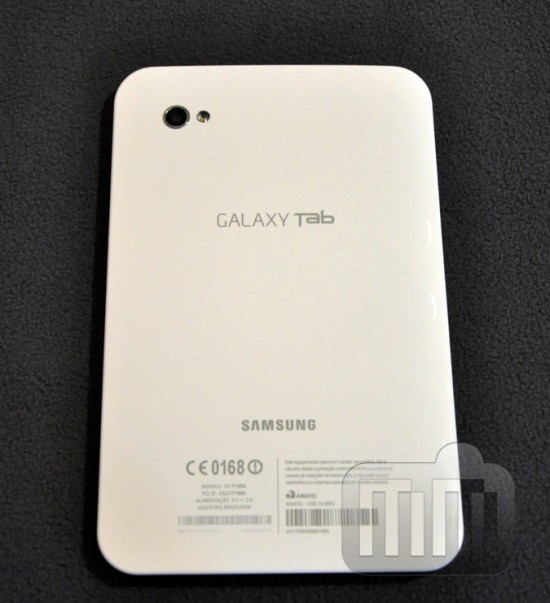 Moving on to general considerations, another function that I initially found unnecessary was the possibility to make and receive calls and send SMSs via the Galaxy Tab. After a few minutes I was convinced otherwise, if I had this function on my iPad, I might even leave the my iPhone at home on certain occasions. 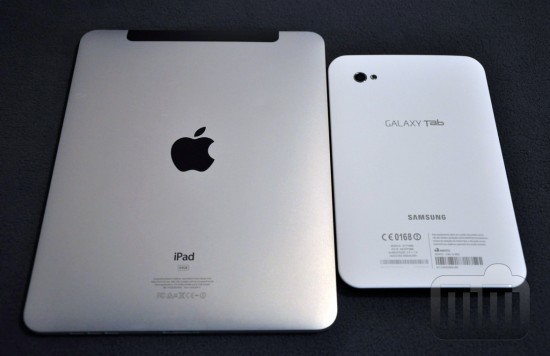 The following are some more features specific to the Galaxy Tab: 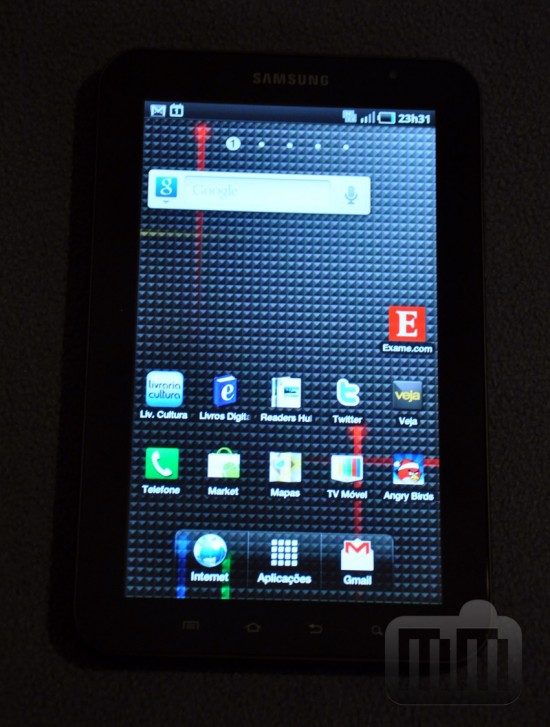 I really couldn't adapt to its 7 inch screen. Even with a good resolution, the texts are not clear, making reading difficult. Consequently, I was forced to use the zoom feature on most of them.

At that point Apple who takes a ball! His native navigation system is excellent. Google Navigator doesn?t need any introductions, it?s built into the device and free, but it doesn?t work in all cities, remember But on iPad and iPhone there is no way: you have to buy a third-party app to have turn-by-turn GPS.

I found that the Galaxy Tab has a great speed in the processing and response of the screen, but I stayed in hand when the battery ran out before returning to So Paulo. I admit that I used the product extensively as a GPS and also to make some notes, but even so I found that the battery lasted little compared to the iPad.

I know that at this point I will be criticized by some, but having the Flash Player in the browser is very cool. Unfortunately most sites still use it, in whole or in part. The Flash-based parts were not slow at any time and I had no problem with memory, solving another strong debt that I had.

I liked him too! The Galaxy Tab keyboard has a technology called ?Swype?, with which you simply slide your finger over the letters (without removing the screen) and it uses the dictionary to assemble the word automatically. With this feature, typing is super fast and pleasant in the vertical position. For the horizontal position I prefer normal typing, as the keys are far from each other. 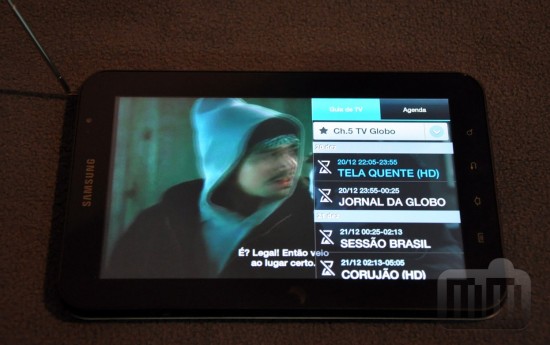 It is a cool feature, but I was disappointed with the image quality, in addition to the fact that I had to pull the antenna to get a signal, in the style of those generic cell phones made in China. But you can watch television in digital or analogue format very well, if you don't mind quality. 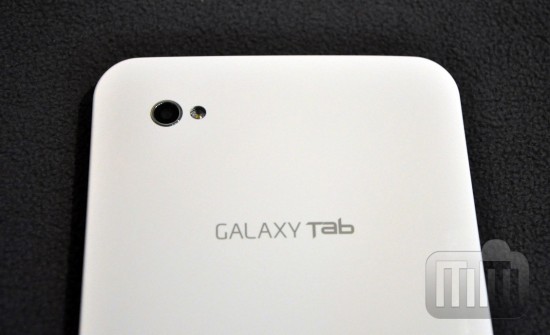 The camera is a really cool feature that is really missing on the iPad. It shoots in HD (with 720p resolution) and serves to take photos, with a 3.2 megapixel sensor and flash. Finally, we have a 1.3 megapixel front camera for videoconferencing, but we only managed to use it through Tango, a third party application similar to Skype for video calling between different platforms.

I hope you enjoyed it. I really found it interesting to try a new tablet. I think we will have great news from both sides and I?m looking forward to testing them in the future.

For a former Apple engineer, the company became "boring" and totally different from what he knew