Corroborating a November story, the iGeneration got an alleged internal statement from Apple warning about changes in posture regarding the guarantee of an iPod whose immersion indicator has been activated. According to this new policy, if the consumer denies that his gadget has had contact with liquid, other signs should be looked for before denying free assistance. 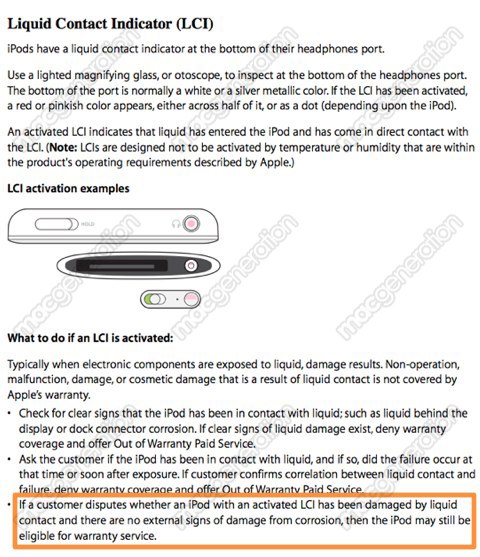 The infamous moisture detectors used in Ma gadgets have caused quite a bit of controversy because of supposed false positives caused by air humidity during normal use. Recently a lawsuit was filed against Apple in South Korea precisely because the warranty on an iPhone had been denied based on a triggered immersion indicator.

Apple executives receive restricted shares equivalent to $ 10 million (for each)