Do you know a company that must not have liked Apple's killing the Xserves? Twitter: 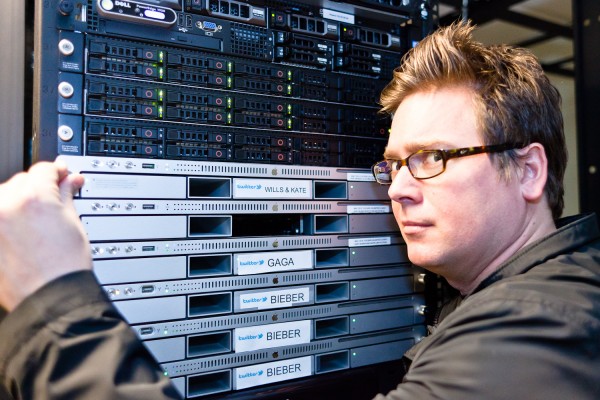 The photo above was published today on official Twitter accounts on Facebook and Flickr ("Inception-style", a social network with accounts in two others we need to go deeper!), showing its co-founder Biz Stone preparing an Xserve for Prince William's ?Royal Wedding? with Kate Middleton.

The image even generated an internal joke, to paraphrase Steve Jobs:

And who knew, Justin Bieber has at least (will you know what didn't appear in the photo?) Three dedicated servers only for his incredible account.

Ten tips for Chrome that will make your life easier | Browsers