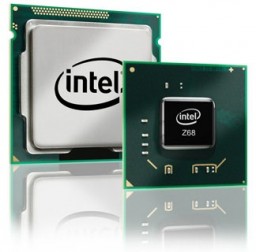 In February, we commented on the possibility of a new Intel chipset known as the Z68 appearing exclusively on the Apple computer line, which in fact happened with the new iMacs, recently released. However, the component was revealed to the world by its creator only today, ending the speculation about its benefits.

In the Z68, there are many new things supported compared to the old chipset used in 16x PCI Express iMacs would be an example, but most of them are linked to secondary storage. The component includes the new Smart Response technology (called SSD Caching in February), which allows the use of an HDD and an SSD on the same machine as if it were a single disk drive.

It sounds silly, but no: thanks to Smart Response, the SSD acts as a cache of data contained in the HDD, aiming to increase the performance of the secondary storage system to get data into RAM memory and the processor faster. However, Apple decided not to offer the novelty to the owners of the new iMacs: it is possible to configure some models with a well-served HDD and a 240GB solid state drive, but this is only for application and operating system storage.

This decision can be explained: in order to use Smart Response technology, manufacturers do not have to worry about making it available with gigantic SSDs on new PCs, this is a waste, because with 64GB you can already see all possible performance gains. However, as Apple decided to make the maximum storage available to its users, it certainly saw greater convenience in dedicating the solid state drive to accelerate the loading of applications and the complete operating system.

The disadvantage of this, which will certainly be exploited by other manufacturers, is that the cost of installing a 240GB SSD is still very high, especially when compared to the 20GB model 311 launched by Intel exclusively for use with Smart Response. This should be the option of many manufacturers to equip faster and faster PCs at the beginning of the next semester.

Party books: titles for up to $ 4 on the iBooks Store, for a limited time!

How to make a live on Instagram? See six tips for live videos | Social networks

OneDrive: 5 things you need to know about it! | Productivity

How to videoconference on TV with Chromecast | Audio and Video

How to Join a Microsoft Teams Meeting | Productivity