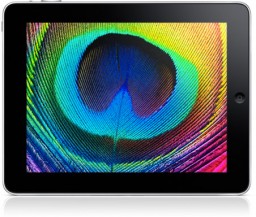 Just write "OLED" in the specifications of any product and everyone will be drooling over the idea of ??a world of vibrant colors, deep blacks and Nutella, forgetting that the reality is still of low resolutions, little brightness, a lot of energy consumption and short useful life . Such technology today is widely explored by Samsung, while LG Display prefers to invest in IPS LCDs.

Precisely to ratify his company's position, Kwon Young-soo, CEO of LG Display, told the Korea Times that does not intend to build OLEDs for smartphones or tablets, reserving this technology for larger screens.

Only he apparently let out a curious piece of information (emphasis added):

He said that more smartphone manufacturers will launch new models with the ?Retina Display? that has been used on iPhones and iPads.

For everything! Retina display being used on iPads? Does this conversation have anything to do with the story that Apple is testing displays from LG and Sammy? Hmmm That makes you think.

DRAM manufacturers are fined by the European Union

MM Tour V was another great success, a trip that will leave good memories 😊