In its latest analysis of the market for touchscreen manufacturers, DisplaySearch claims to have found evidence that cumulative revenue in the industry is expected to reach $ 13.4 billion this year, a 90% growth compared to 2010. 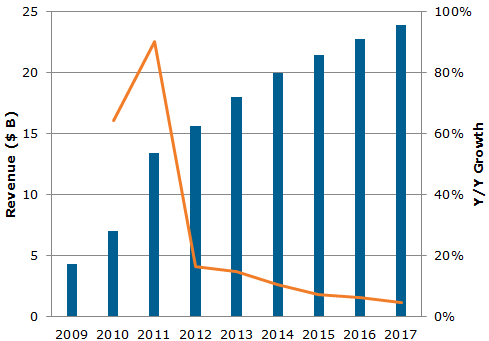 Due to the influence of Apple, which started using them in 2007 on the iPhone, capacitive screens today are the most successful in the market, and are expected to grow by more than 100% in 2011 and represent more than 70% of all touch screens sold. . Such dominance is due both to the fact that Ma is one of the largest buyers of touchscreens and to its competitors, who have been practically forced to adopt this same technology in their products.

Smartphones are still the products that most commonly use touch screens, but tablets are the fastest growing component production for these larger gadgets is expected to jump from 26 million units in 2010 to 72 million in 2011. In the coming years, the DisplaySearch expects all-in-one PCs, notebooks and even automobiles to contribute to the growth of this industry.

Do you consider the iPad a “giant iPhone”? Then meet Table Connect, 58 inches