For anyone who has any doubt that the live streams The new apple of the eye on Facebook, you don't have to go far to find very strong evidence of this. A year after releasing the video streaming feature, Uncle Zuckerberg's giant brought the possibility of live streaming in 360 a few weeks ago, and is now announcing yet another new feature for the platform: live streaming of audio. 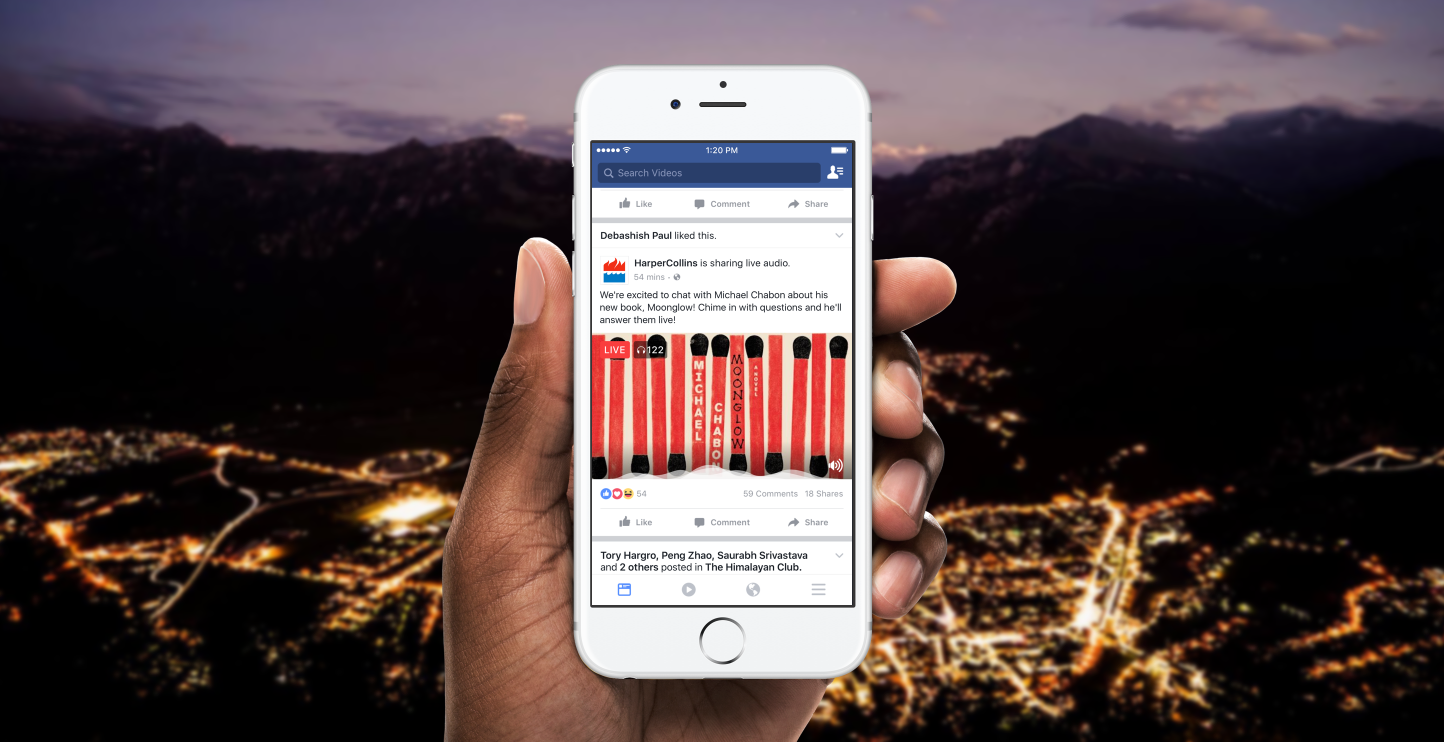 The radio feature (let's call it that, after all, is nothing more than a radio available for ordinary people) to work in the same way that it already does with live streaming video, with real-time comments and an audience count at the top of the screen. The user will receive a notification when pages and profiles of interest or selected by him go live, and the transmissions will also appear on the News Feed.

The idea of ??Facebook making the act of transmitting content even more common, which makes sense, since the audio transmission consumes much less data than its counterpart with images, so we can see, for example, much more coverage Instant journals from around the world or interviews with personalities who are not part of the mainstream media.

The radio feature will be tested with selected Facebook partners, such as BBC World Service, HarperCollins and author Adam Grant, over the next few weeks. At the beginning of next year, it will start to be released to all users.

IOS users, however, will have a disadvantage compared to those of Android and other platforms by taking advantage of the feature: due to some restrictions on Apple's mobile operating system, it will be possible to listen to broadcasts only within the Facebook app; meanwhile, on Android, it will be possible to exit the application and continue following.

Do you think the idea catches on? What about the restriction on iOS, an important impediment or something to circumvent? Leave your opinions here below.

Instagram Stories: how to use photos and videos as stickers | Social networks