Do you know those images that speak for themselves? 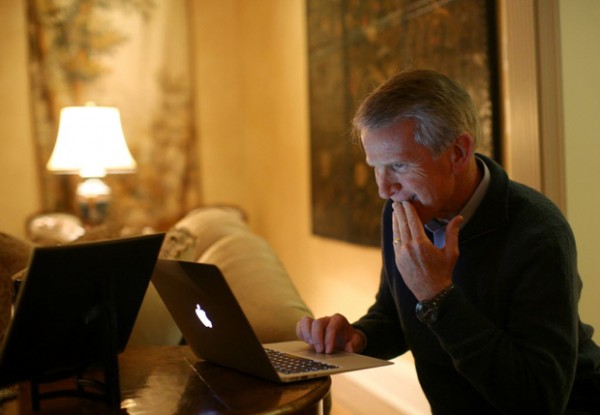 The photo would be just like any other, if the person pictured above with a MacBook Air was not Raymond "Ray" J. Lane, executive president of Hewlett-Packard (HP) since September this year.

It would be a little strange for an executive so important to use a competitor's product, but if he lets himself be photographed like that, there are another 500. like seeing the president of Pepsi drinking Coca-Cola, that of Ferrari riding a Porsche, that of McDonald's eating a Double Whopper , Nokia's using a Galaxy S II, TAM's traveling by WebJet, Claro's with a Vivo account, Riachuelo's shopping at C&A ok, you understand.

(via SAI; photo via Reuters)

Acer founder compares Apple to "a mutant virus", says PC makers will have the cure

Book “Designed by Apple in California” is now on sale in Brazil! [atualizado 2x]

New images reveal colors of OnePlus 8 before launch in April

6 apps that will turn your photos into caricatures