J.T.Wang, president of Acer, as an inexhaustible source of fun. His last one was counted by DigiTimes: the executive believes that the growth of the Mac in the personal computer market will slow down in the next two years, due to a great advance in the Wintel platform (PCs running Windows on Intel processors). A catalyst for this, he said, is the drop in Ultrabook prices to $ 700 next year. 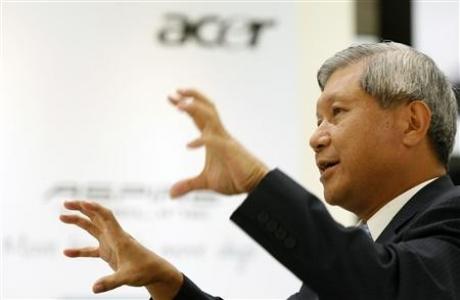 A man can dream, right? Especially a man who predicted, in 2010, that the market share of the iPad would drop to somewhere around 2030%. Almost a paranormal, with such clairvoyance! Oh, oh, if he gave me six dozen to bet on the lottery

At this point in the championship, with PC manufacturers struggling to compete with Apple in terms of price (which, in itself, is an ironic lady), even with products of much lower quality, it is difficult to bet on the success of Ultrabooks. If the Wintel platform accelerates, I have the feeling that it will not be because of these copies of MacBook Air sponsored by Intel, but by the arrival of Windows 8 many people should choose to upgrade by changing their computer, since they buy the system operating separately is very expensive.

For a former Apple engineer, the company became "boring" and totally different from what he knew