Some OCR application options have been around in the App Store for a long time, but probably very few have the simplicity and features of this that we will talk about now: Prizmo Go, from developer Creaceed. 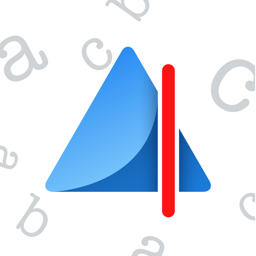 The operation of the app already starts simple on your home screen: when you open Prizmo Go, you are already faced with a camera screen that automatically recognizes when you are focusing on texts and, in doing so, highlights the content that is being captured with a blue line in this way, it is possible to adjust the angle and distance of the camera to take all the text on a page, for example.

Once the page has been captured, it is possible to select parts of the text directly from the saved image and edit them immediately, to correct any possible recognition errors or simply change an unwanted part of the content. In addition, Prizmo Go automatically detects special information in the body of the text, such as QR codes, addresses, emails, URLs or phone numbers, a useful resource for those who have the habit, for example, of photographing business cards.

Another very interesting aspect of Prizmo Go is the absolute focus on accessibility, so that visually impaired users can perform all their operations and read printed texts without stress. The application has extensive support for iOS VoiceOver technology and also brings some other help features, such as automatic angle correction and automatic text reading after capture.

The application supports 10 languages ??in its local character recognition, including English and Portuguese; there is still a recognition via the cloud that requires an internet connection that supports 22 languages. Both automatically recognize the detected language.

Prizmo Go is available for free on the App Store, but only in version trial: to unlock the full functionality of the application, it is necessary to perform a In-App Purchase of US $ 5 remembering that the recognition via cloud operated by means of credits, and a package of 100 captures, for example, costs US $ 1. It is worth checking!

Rumor: Siri will finally come to OS X in version 10.12

iPhone 7, AirPods and new Beats headphones are approved by Anatel