Maybe you, like me, have never been aware of this, so let's start this news with a test: take your iPhone or iPad (I think we can now ignore the iPod touch?). Open a website on Safari and simply scroll down the page and feel how it behaves with the movement of your finger, notice the "Physics" behind that piece of software. Now repeat this test in any other area of ??iOS, such as a playlist Apple Music or an iMessage conversation.

Did you notice the difference? Because .

This behavior is the result of a fully intentional decision taken by Apple a long time ago, in the early days of its mobile operating system. There are no official reasons for this, but if the person who writes to you can risk a guess, the behavior is probably related to the way we interact with a web page versus the way we interact with a long list of songs or messages or whatever in the first case, the interaction with all the content, then the inertia of the scrolling is greater and the page does not skip several lines with a slide of the finger; in the second, the user usually searches for a specific item and scrolls indefinitely until he finds it, so the inertia can be less.

Are you already feeling Ph.Ds in Physics after the previous paragraph? Well, hold on to this reasoning for a few moments, because that is not exactly what we came here to deal with today. 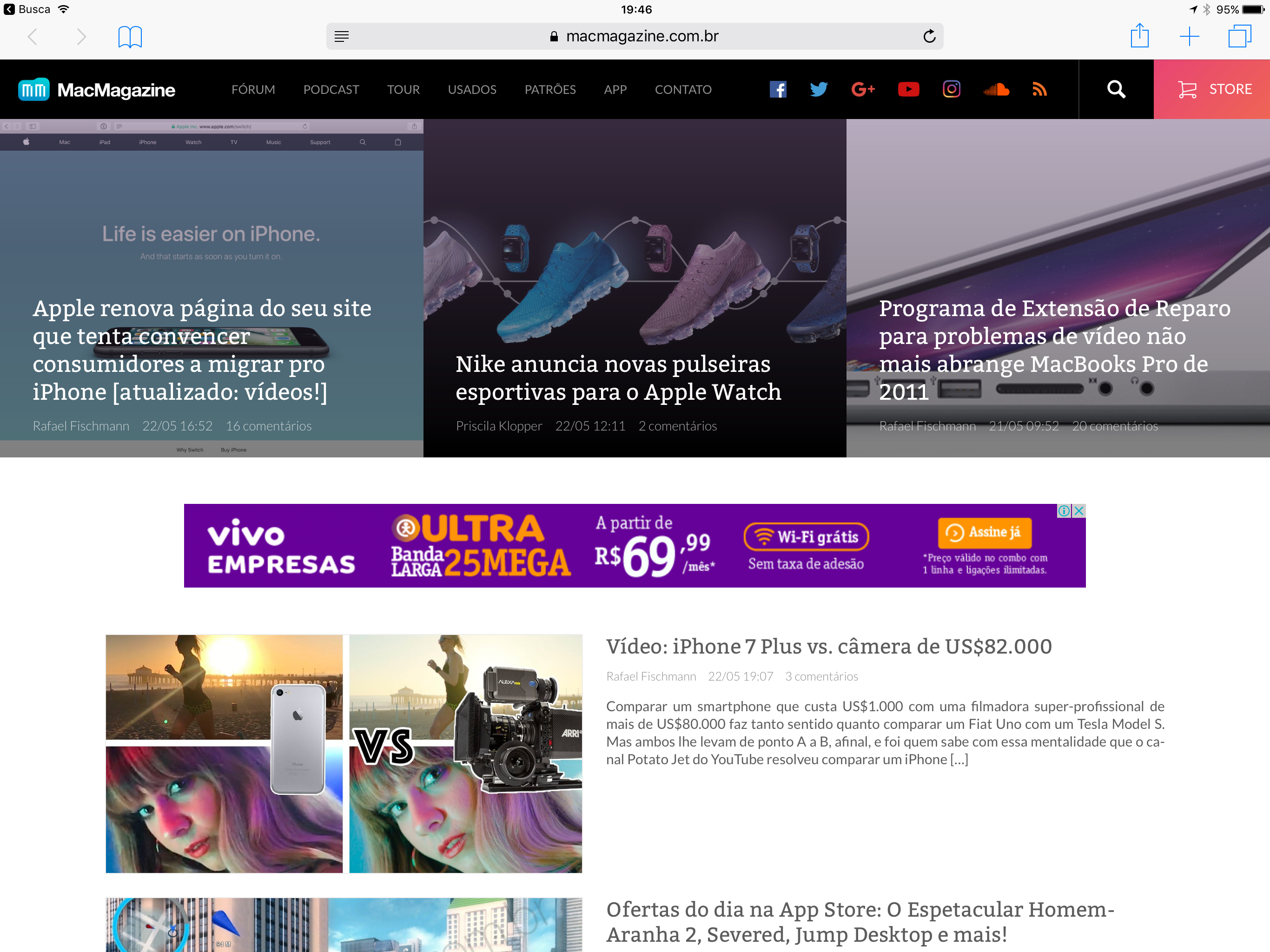 Last Saturday, John Gruber wrote some paragraphs in Daring Fireball over the Google AMP (Accelerated Mobile Pages), the Mountain View giant's open source project that transforms pages of mostly textual content (like this exact post you are reading right now) into instant articles, with proper formatting and smart ads more or less like the ones Instant Articles from Facebook.

In an attitude that probably indicates, instead of making others 'products suit your style, Apple will adapt your style to others' products.

Basically, Gruber hates the AMP, according to him, the project violates all the principles of the open web that have been so much preached by specialists in the area by placing in the hands of a giant (Google, in this case) responsibilities that do not belong to it: those of publishing and editing online content and the consequent management of profits related to advertising linked to them. This is an extremely important discussion, but for another moment the fact that Gruber also criticized several practical aspects of AMPs, such as the fact that they break Safari's Reading Mode feature and, guess what, they mess up the entire scroll system of the mobile browser.

You can try to find an AMP-generated page to test for yourself, but the 9to5Mac has already made a very enlightening video about the differences in scrolling from a normal page to a page ?accelerated by Google? in Ma's mobile browser (spoiler: AMPs roll almost like the other elements of the system, more fluid and with less inertia).

Gruber's critics, naturally being one of the most notable commentators in the Apple universe and the world of technology as a whole, went around the world and arrived at the AMP development team itself. One detail, in particular, bothered the team: the "different" scrolling provided by the "accelerated" pages was not the responsibility of the developers, but thanks to the behavior of iOS itself: without going into much technical detail, the AMP pages employ a code called overflow, that a CSS command which allows boxes (

) within browsers scroll independently (see here, in the blue square). In Safari, this overflow scrolling occurs in the way that is common in the rest of the system, with less inertia.

The Google team then contacted Ma to try to change this behavior, and Cupertino's response was probably the most unexpected possible. Quoting the Google team post on Hacker News:

Apple's response was (surprisingly) that they will make Safari's default scrolling like overflow scrolling. Then, in the next version of Safari, all pages will scroll exactly like the AMP pages. We hope that Gruber is happy.

So this: in an attitude that probably indicates, instead of making others 'products fit your style, Apple will adapt your style to others' products. Obviously, I'm not trying to suggest that Ma made the decision to change Safari's scrolling behavior only after and due to the contact of the AMP team, this change was probably already being planned for a long time, and the correspondence only served for the know this a little ahead of time. Still, it is still a curious detail.

Only two questions remain. The first is why Apple decided to change. As the user Om2 that seems to work on Safari development added in the same forum as Hacker News, the reason seems to be only one: consistency.

Having all the consistent scrolling is very good after you get used to it.

The second question that arises, of course, when users will see these changes on their devices. There is no clear answer in this regard, but the proximity of WWDC (and, consequently, the presentation of iOS 11) leads us to believe that Ma is planning to include the changes in the next major update of its system. Of course, they won't take even a second of the keynote to talk about such a minute detail, but probably those with more keen eyes will be able to see something in this sense on those famous slides: 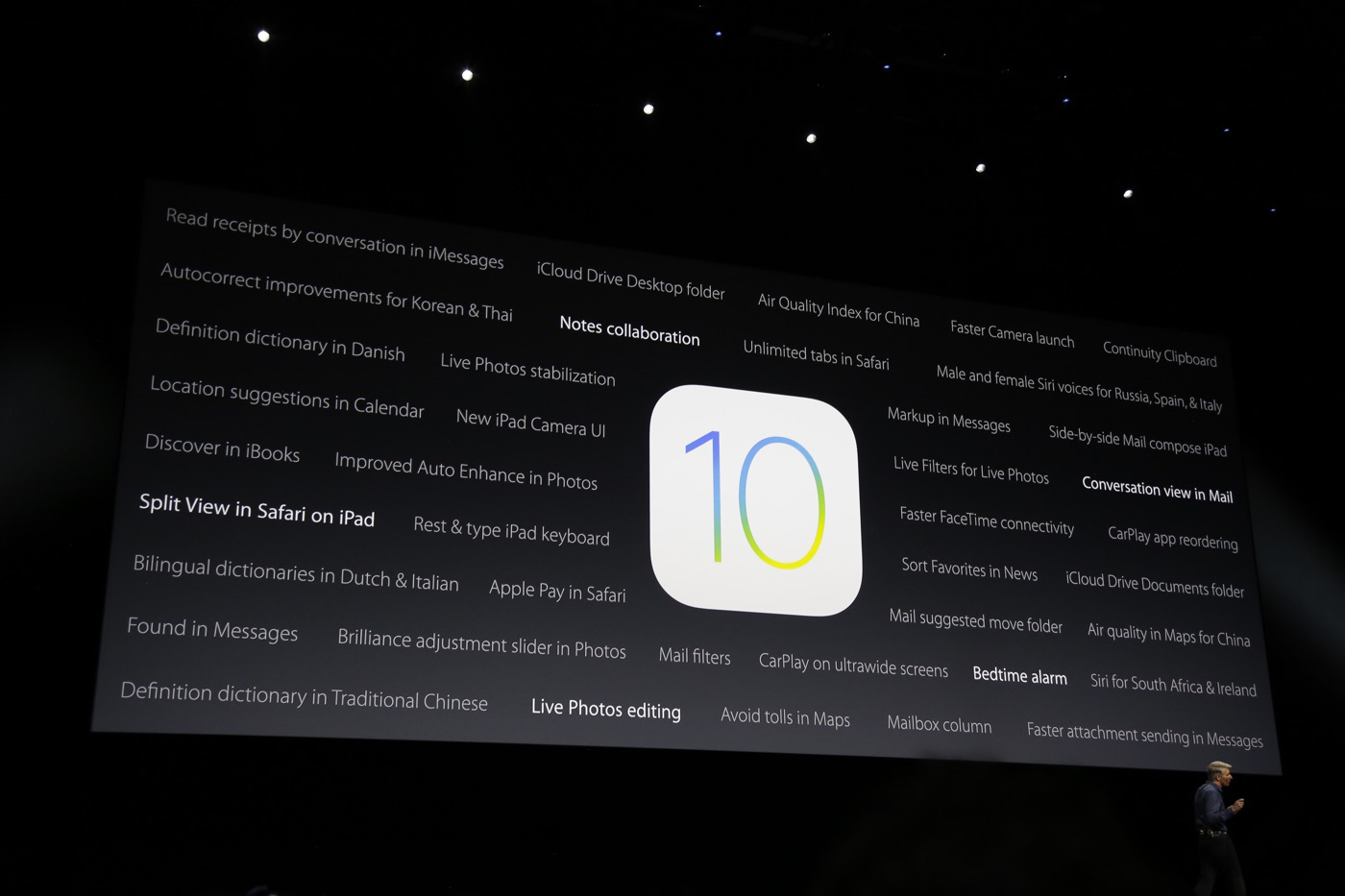 Apple discloses new commercial – beyond differentiated – of the iPhone 7