AppGeek listed the best gaming Role Playing Game (RPG) for Android and iPhone so you can embark on incredible adventures right now!

With smartphones increasingly powerful, mobile games are a reality that borders on traditional video games. And RPG options are almost as varied as those of a console. Check out!

A game full of action with Marvel superheroes and villains! RPG brings together all that is good in the universe created by the comic giant. 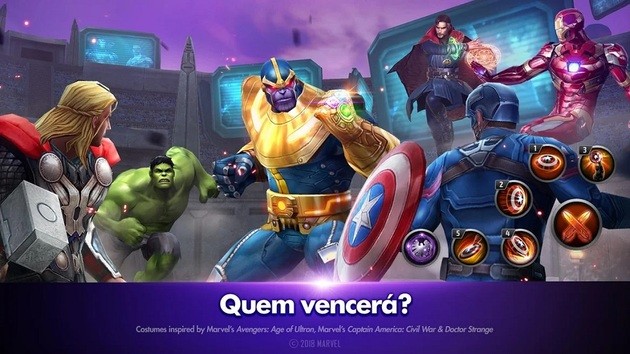 D to play with the Avengers, the Guardians of Galxia, the Defenders (Daredevil, Jessica Jones, Iron Fist and Luke Cage), the X-Men, Spider-Man and more than 180 characters.

The story begins with a message from Nick Fury, director of SHIELD, which reveals a threat that could destroy the whole world as we know it. Your mission? Defend the Universe from these terrible forces of evil by incorporating Marvel heroes!

This is because you can assemble a team with your favorite characters to embark on incredible missions. As you level up, receive special bonuses and upgrade your heroes. So, you can even compete with other players in real time and see if you are really able to save the world.

Each character has unique powers that are unleashed as you progress through the story. It is possible to discover the strength of Capit Marvel and what it would be like to use Doctor Strange's magic. Of course, destroy enemies with Iron Man technology and defend yourself from opponents with Captain America's shield! 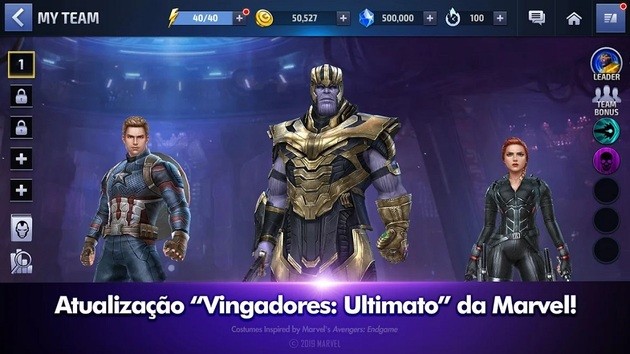 In arenas with PvP modes, you can bring your team of superheroes to face opponents from around the world and still team up with other teams to overcome impressive challenges. And if you need a little help, take a friend's character with you on special missions!

A true RPG experience for Marvel fans and a perfect game for those who want to explore more of the incredible universe started by Stan Lee.

One of the most acclaimed games of recent times, Ragnarok M: Eternal Love is here to stay. In an incredible mythological world, you start your journey and embark your heroes on adventures full of action and magic! 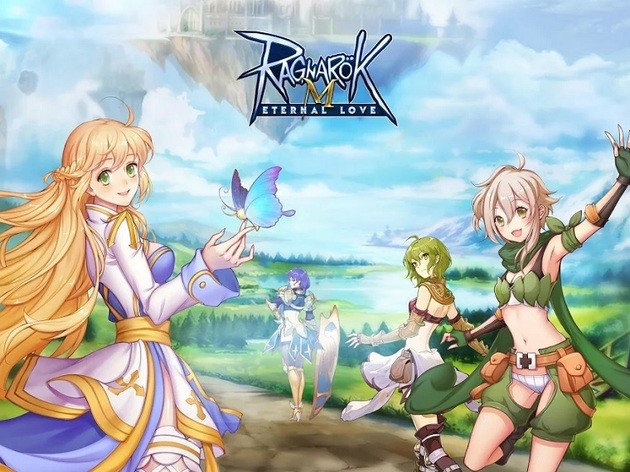 The game inspired by Ragnarok Online, launched in 2003 and played by millions of people around the world. With an incredible and modern art, the graphics are attractive and guarantee immersion in the journey, even with variations in the climate.

While you explore vast lands of the mystical world, it is possible to collect items and turn your character into a true and powerful hero.

To make it even more interesting, you can participate in real-time fights on battlefields and arenas. So, put your name in the ranking and make your hero famous in the magical world of the game. 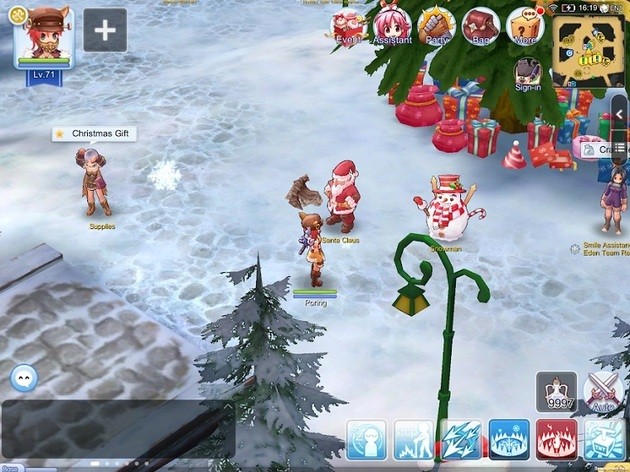 To do this, choose from hundreds of weapons and armor, vests and pets. And have total control over the way you play, with commands via the camera and other features, like listening to music while adventuring!

In Empires & Puzzles, you combine puzzles with incredible RPG battles, as well as being able to build a powerful fortress to protect yourself from enemies. It is an interesting approach to an RPG, since your reasoning also proves all the time! 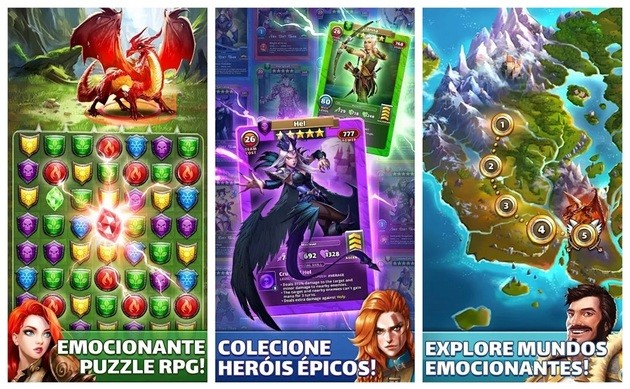 To send your troops into combat, you need to make combinations on the puzzles and thus guarantee the power you need to win and dominate opponents. If you need a strength, d to summon hundreds of heroes and troops to make your battles even more exciting.

In the Attackit is possible to fight players from all over the world in real time. To have a better chance of defeating these powerful enemies, upgrade your heroes, grant special powers and protect them with the construction of fortresses.

And if you can't with them, join them. Make allies and join the battle against the biggest tits in the game!

Full of adventures, this fantasy RPG has more than 100 million players worldwide. With over a thousand different types of monsters, you can fight for victory at Arena do Cu, where you get vital items to upgrade characters! 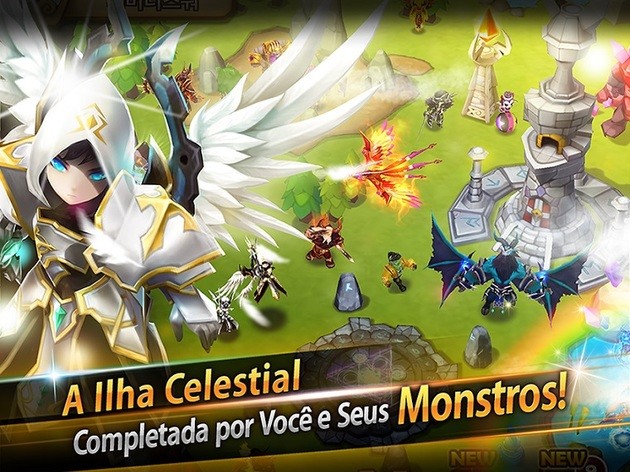 In order to advance in the levels, it is important to know how to set up a strategy. With several different runes, it is possible to obtain special abilities to win combats.

In addition to the action, there is a lot of fun with building your mystical island and fighting against other players in real time. There is also the option of team battles, participating in battles with up to three players. And if you really want a good fight, find opponents from anywhere in the world!

Have you considered having your own medieval castle, with subjects and an army ready to explore and battle against the dark forces that threaten the kingdom? Hustle Castle is a great option. The game tells several game modes, such as following a story or even attacking and burning other players' castle. 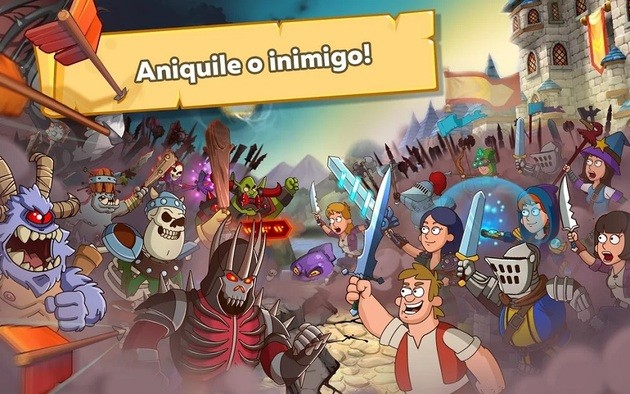 New subjects are arriving all the time and you need to receive them at the castle, where you can assign tasks and improve those you want to see on the battlefield. For this, it is important to pay attention to the maintenance of the castle, purchasing supplements and interacting with the characters!

To get money and other items, you can venture into battles against giants, orcs, skeletons and even drages! The chances of winning your fights are greater with the training of your subjects and the battles become more difficult at each level. Start taking care of your castle and training your heroes right now!

Great stories, exciting adventures and lots of rewards! Designed to arouse the interest of those who want a good role playing game on mobile, the AFK arena is an interesting option: there are several heroes inspired by Celtic mythology that can be collected by you. 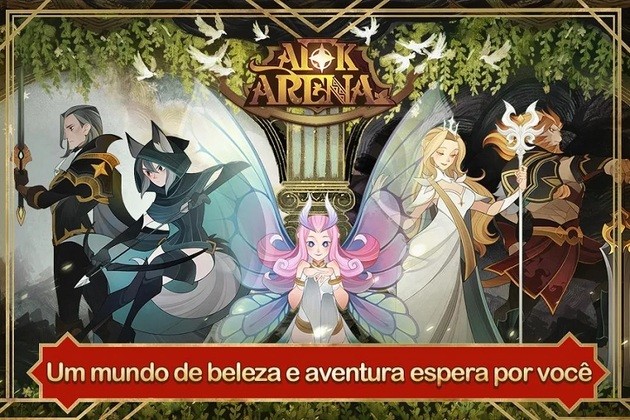 To advance the game and dominate everything, develop strategies with the formation of your heroes. It is possible to overcome your enemies with incredible unions, which produce bonuses during each battle.

If you prefer, assemble a team and play with people from all over the world! D to create alliances and have fun for hours at the Global Legends Championship.

In the game, there are several mazes where special rewards are hidden that can be used in your strategy.

The whole game has an attractive look and is very simple to play, just a few minutes a day is enough to progress satisfactorily. However, there is no time limit and fun can be guaranteed for hours!

In this engaging role-playing game, you are invited to embark on an adventure through the Seventh World, a place full of mysteries and characters with incredible powers and abilities. The story is vast and transports the player into impressive battles and fights.

In the PvP arena, you show off everything you know with your battle strategies to achieve fame. If you want, you can go hunting monsters in a big maze, where an old queen rests. To find it, face different creatures in spiky and action-packed fights!

The game has a huge amount of characters for you to create the best team of heroes and achieve your goals. All washed down with lots of fun and adventure!

With incredible 3D graphics, the fights in Shadow Fight 3 are magnificent. The realistic animations allow for an exciting continuous action and breathtaking adventures in a vast world full of peaks missions! 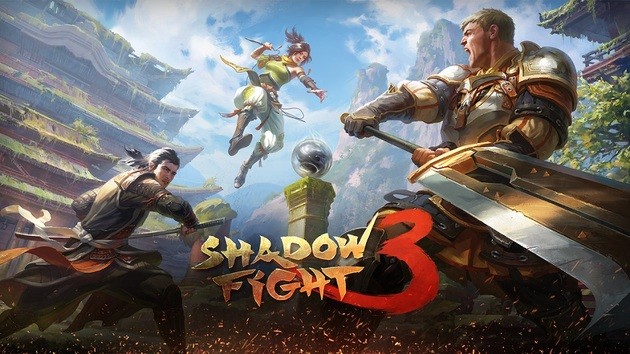 This RPG allows you to create your own fighting style, combining different styles. There is also the possibility to collect a huge range of items and weapons, distributed over a large map with stories and spectacular locations.

The main plot of the game is quite immersive. And if you don't want to follow the story at once, you can perform side missions to upgrade your hero and make him stronger against the evil forces you encounter along the way.

And, of course, it is possible to challenge other players to be able to enter the ranking of best gamers in Shadow Fight 3!

With thousands of players around the world, Idle Heroes is one of the most popular role-playing games today. This is because it is simple to play and has spectacular adventures and challenges. Automatic battles guarantee rewards and special items even if you're offline! 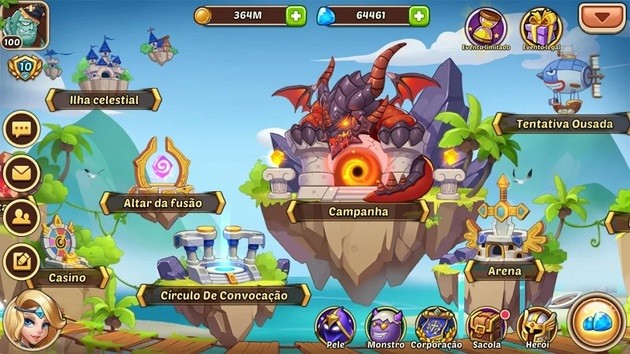 To dominate the game, it is important to strategically advance your characters' level, obtaining weapons and equipment during missions. These take place in very attractive settings: battlefields, dungeons, mysterious towers and an arena for you to fight against players from all over the world.

It is still possible to make alliances with other players to create a Corporation and, who knows, fight for control of the entire continent of the game. But it is not going to be easy: you need to challenge powerful and energetic bosses. So, start training your characters as soon as possible!

Very simple at first glance, but with fun at all times, Hero Wars has interesting graphics and dozens of heroes with unique skills. The main plot takes you to the mystical lands of the Dominion, where evil forces began to devastate what was once a prosperous world. 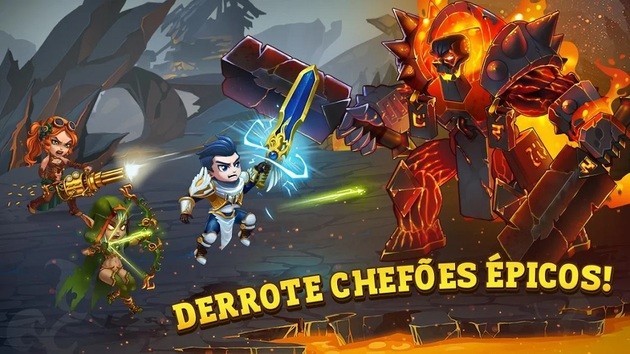 To help, you need to train your characters and discover their special abilities. Thus, you can participate in peak adventures and missions of great importance to restore peace in the lands of the Dominion.

Assemble an army, fight bosses in order to acquire your powers, find and collect rare items and various rewards.

In this RPG, it is also possible to make alliances with players from all over the world, in addition to facing them in two online arenas. After all, who would be the best candidate to rid the Domain of the evil forces that are plaguing it?