The Lightning connector, present in the new iPhones and iPods, raised some questions about its compatibility with the old 30-pin connector. Although Apple has released adapters, they do not support video output or iPod Out technology. Furthermore, for $ 30, they cannot be considered cheap even more considering that some may need several of them. 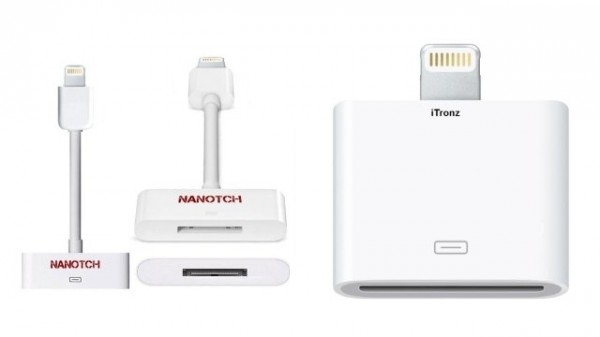 Well, at least one of these problems has been resolved, as two companies have already announced that they will sell adapters for the Lightning connector. The cheapest, sold for $ 10 on Amazon, is also the most compact. Called iTronz, it is very similar to the adapter provided by Apple, but will only be available for the next month.

The Nanotch, which sold for $ 18 on Amazon, is an 18cm cable with one end to fit the old 30-pin connector and the other to insert into the new devices. It will be available from September 30th.

If you need a lot of adapters and don't want to spend that much money on the originals, these can be good alternatives. But we advise you to stay with the officers, sold by Apple itself.

Users continue to complain about oxidation on the iPhone 6s; company is no longer exchanging devices