Since the iOS 11 it was made available to all users, on september 19, we learned about the percentage of adoption of the system only by some analysis firms such as Mixpanel and others. Now, Apple itself has updated its page and showed slightly different numbers than expected.

According to Ma's official chart, after almost two months, 52% users updated their iGadgets for iOS 11, while 38% continue with iOS 10 and 10% with previous versions. 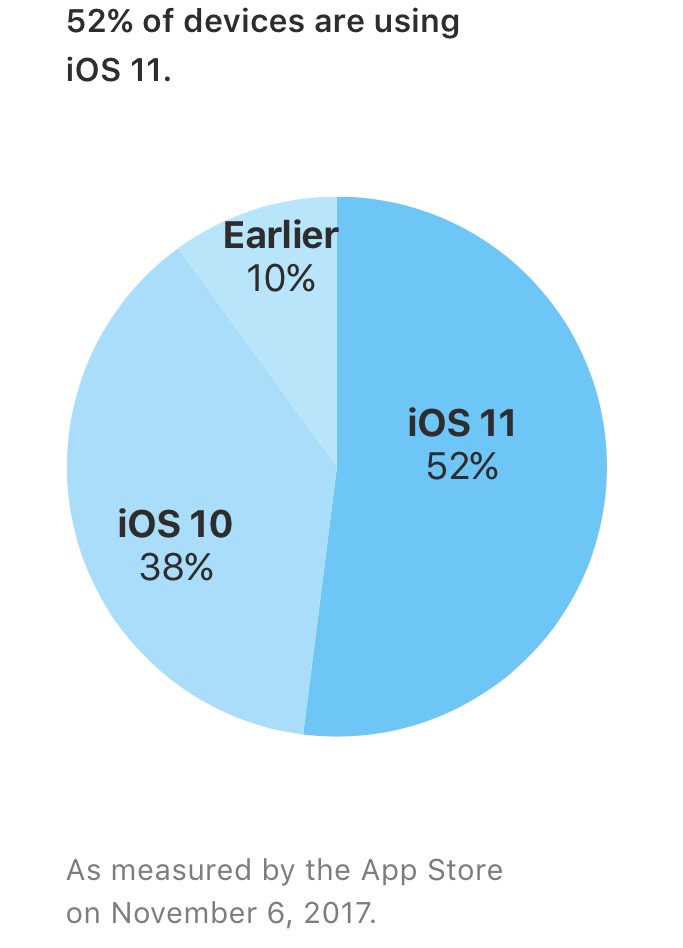 Apple discloses this information based on all iGadgets with App Store access, that is, a very accurate number. Still, they are slightly different from those currently presented by Mixpanel, which show that iOS 11 has already been installed by 66% of users.

Based on the official figures, the adoption of the new system is less than last year, when iOS 10 reached 50% with less than a month of its release. Even so, if we compare it with devices running Android, which only 0.2% updated to the latest version (at 8.0, ?Oreo?), iOS 11 is doing very well.

Ma's new mobile operating system has received a lot of negative feedback from users even here in the comments section of MacMagazine , so maybe that's why many are still waiting for the bug dust to settle down to surrender to the new system.