Focused on children, Nukotoys recently launched its new line of cards that interact with the iPad in an incredible way. 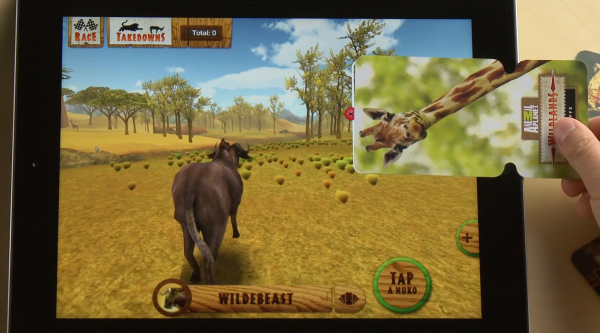 Created to be used with special applications on the iPad, the cards bring a new technology to the fore. Call of ?Touch code technology?, it allows information to be transmitted through multi-touch screens that come into contact with a printed circuit with special ink on the cards. This conducts the energy present in our hands to the screen, making special applications able to recognize the unique patterns of each card.

Thus, Nukotoys invented a new way to interact with the Apple tablet, bringing more elements to the game. In addition to children's letters, the technology can be used, for example, in personal cards, tickets and more.

Check out a video of the charts in operation:

The cards are sold in the United States in several stores, such as Apple Retail Stores and toy stores. In addition, the user can purchase them through the two compatible applications, Monsterology and Animal Planet Wildlands, via In-App Purchases.

Patent to lock: virtual tools on Mac OS X, touch-sensitive speakers on iPhone and data in the cloud