Every Thursday Apple chooses a Movie of the week at the iTunes Store, whose purchase (even in 4K / HDR, depending on the production) R $ 9.90. The title selected this time was "The War of the Sexes", with Emma Stone and Steve Carell.

The film by the duo Jonathan Dayton and Valerie Faris, from ?Little Miss Sunshine?, tells a story so unusual that it doesn't even seem green. In 1973, former tennis champion Bobby Riggs (Steve Carell) challenged tennis player Billie Jean King (Emma Stone), number one in the women's ranking, to a duel on the court that became known as ?the battle of the sexes?. The feature takes turns between drama and comedy, in a delightful journey at a time when the second wave of the feminist movement was still intense. Carell balances Riggs' absurd humor well, while Stone shines with an impressive range of emotions.

The best definition for Movie of the week interesting. First, because the true story had more of a drama than a comedy, and the film managed to be light in that sense. Then, because the cast of the film is great and that was a differentiator. In addition, we have a sober direction, a well-prepared script and a photograph worthy of those who like the circus that is formed in certain sports. 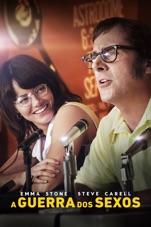 The War of the Sexes

Note on the iTunes Store

See how to test for COVID-19 in São Paulo, through Rappi