Google Assistant allows children to chat, play and interact with Galinha Pintadinha. Google's artificial intelligence service functionality offers videos and character songs, guessing games and activities to learn new words. Compatible with Android and iOS devices, such as cell phones and tablets, the function was made available in October, in honor of the children's month.

The feature marked the debut of family-oriented activities within Google Assistant, which keeps the platform open for developers to generate content for children. Currently, the virtual assistant already allows you to create your own routines and access educational information, such as studying for Enem, for example.

The phenomenon Galinha Pintadinha appeared on a Brazilian video on YouTube in December 2006 and became one of the biggest hits among the country's children's audience. The character has more than 19 billion views on channels in Portuguese and other languages, about 2.5 million DVDs sold and hundreds of official licensed products. Check below how to interact with Galinha Pintadinha by Google Assistant.

How to activate the Pintadinha Chicken

Step 1. Say the command "Ok Google, talk to Galinha Pintadinha" to open the character's service in Google Assistant. You will see the possibilities of interactions available. 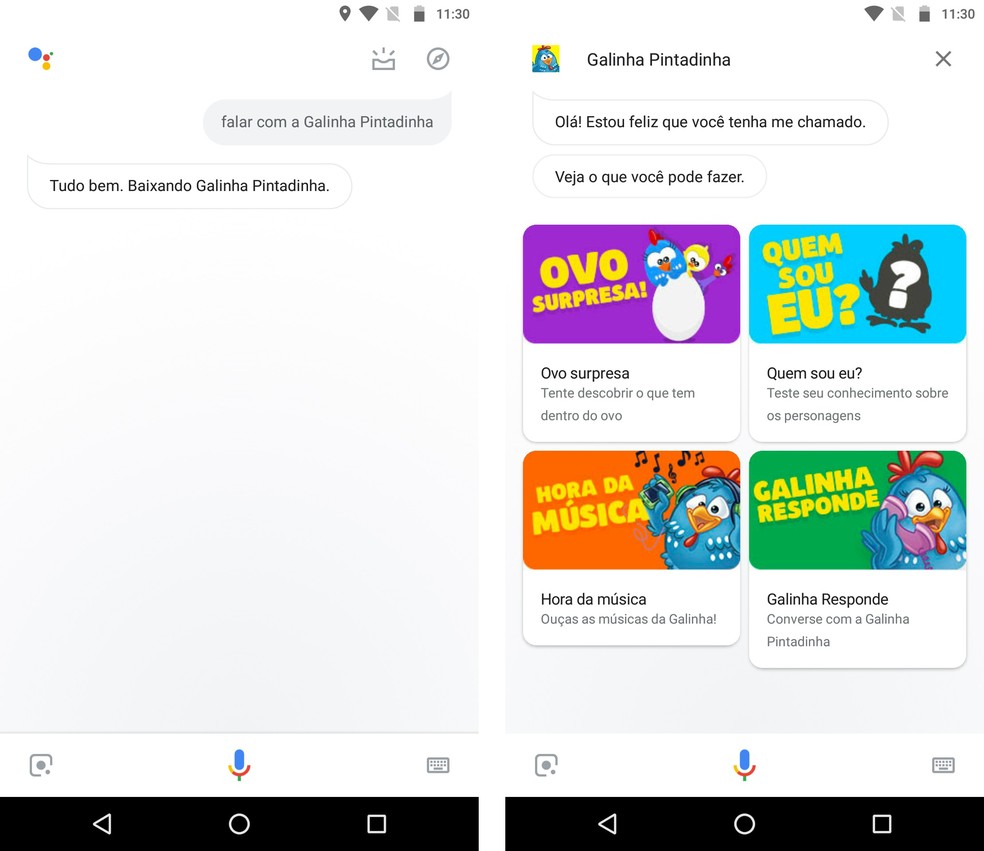 Step 1. The "Surprise Egg" activity is a guessing game in which the child must discover the content inside the egg, according to the silhouette. To answer, just type or speak the answer through the microphone; 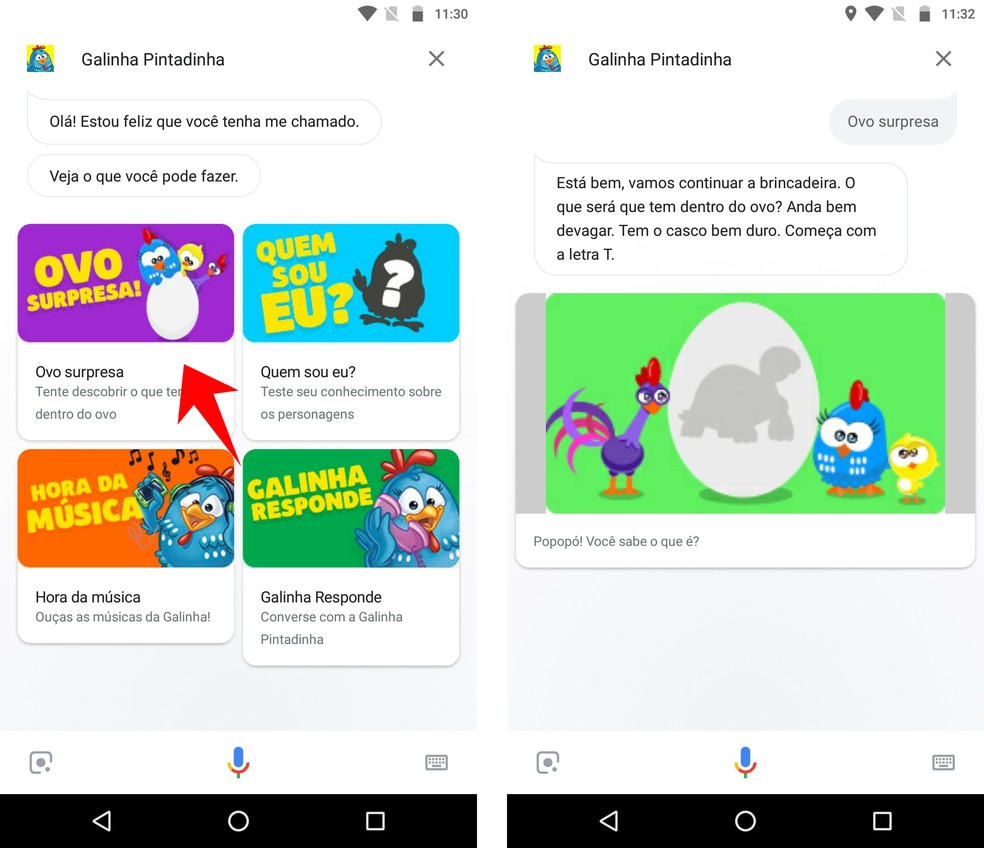 Step 2. The correct answer will appear on the next screen. 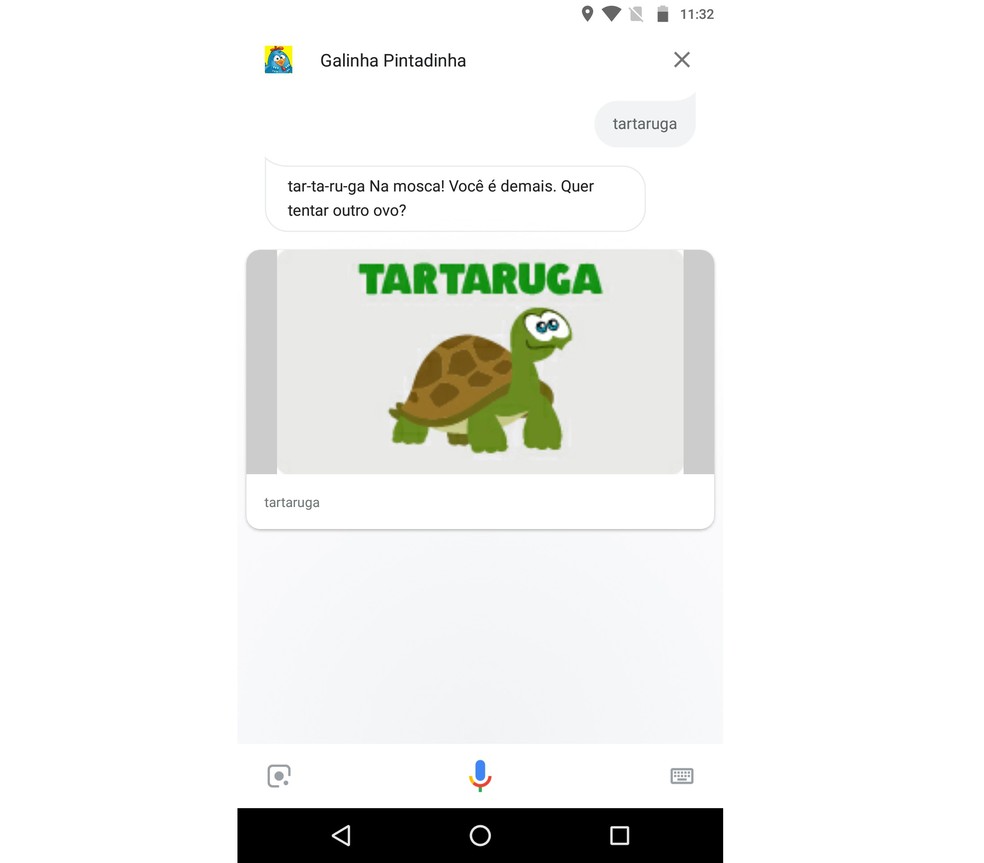 Step 1. In the game "Who am I?" I need to guess which character from the Galinha Pintadinha universe appears in the image. To answer, I need to type or speak through the microphone; 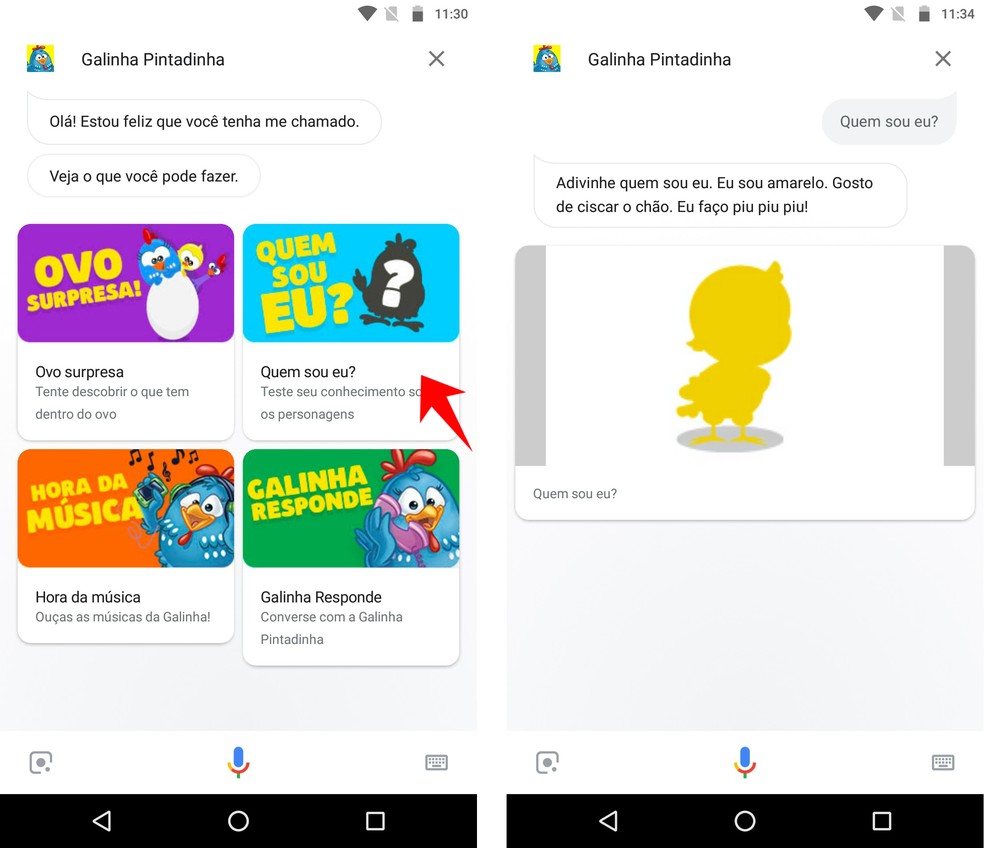 Children should try to guess which character of Galinha Pintadinha appears in the image, in a joke by Google Assistant Photo: Reproduo / Rodrigo Fernandes

Step 2. The Google Assistant will show you the correct answer. 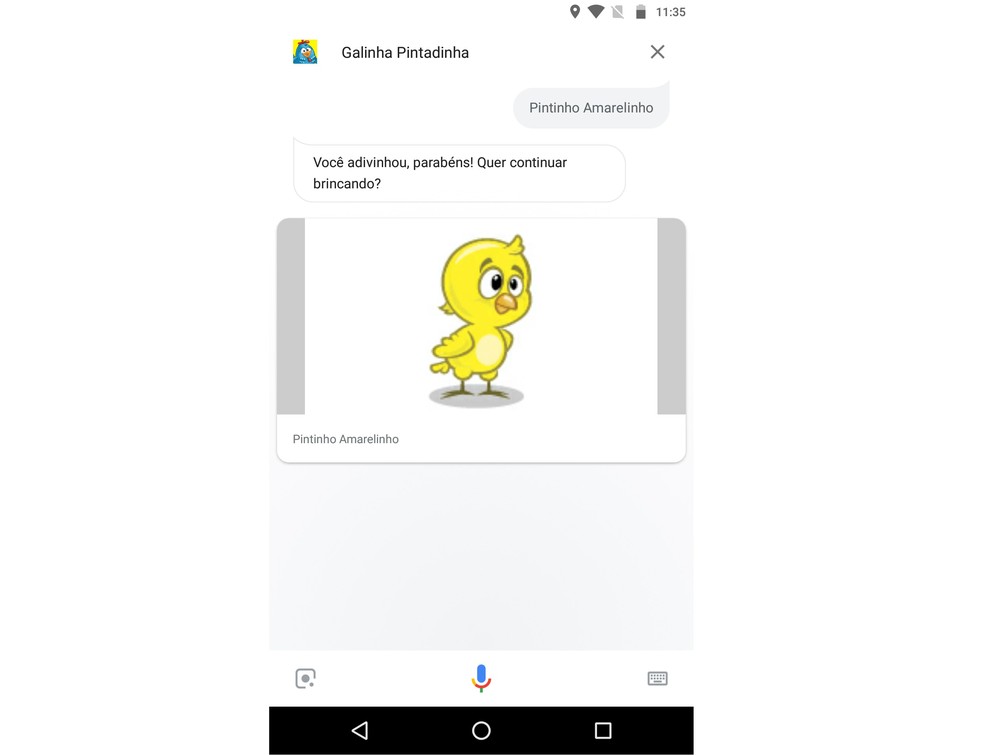 Step 1. In "Hora da Música", the user can watch music clips from Galinha Pintadinha. It is possible to speak in the microphone the title of the song that the child wants to hear or select from the options available at the bottom of the screen; 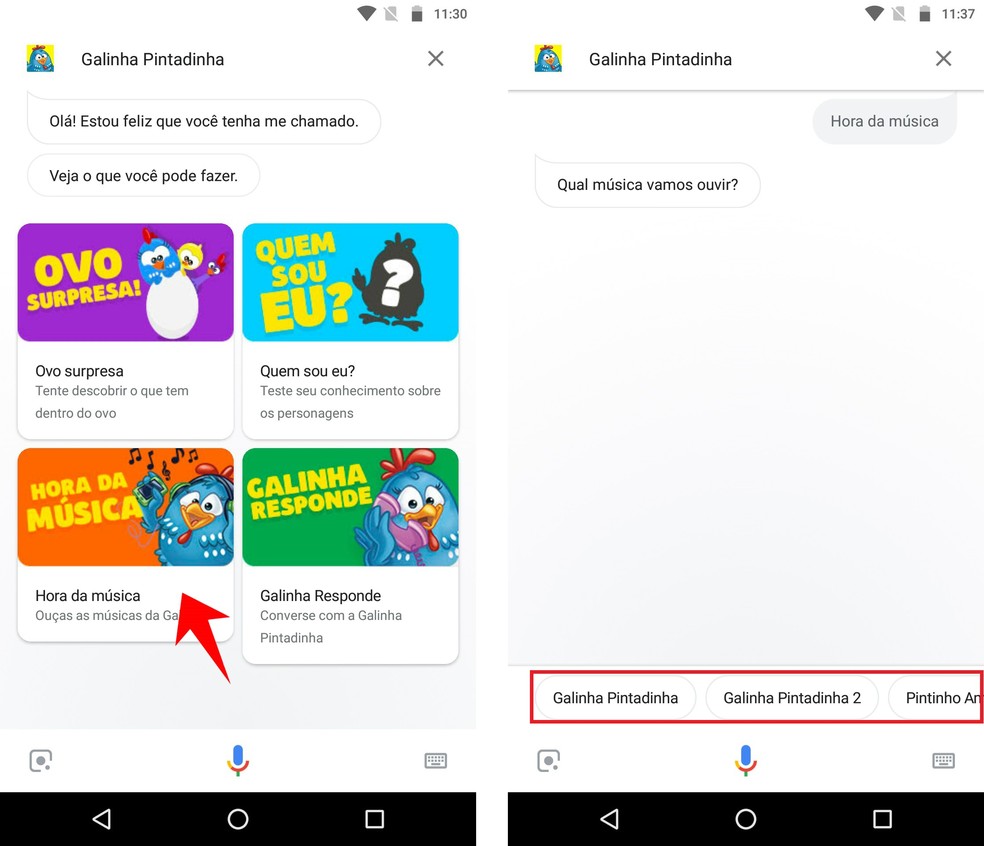 Step 2. The video will be opened and the music will be played immediately. 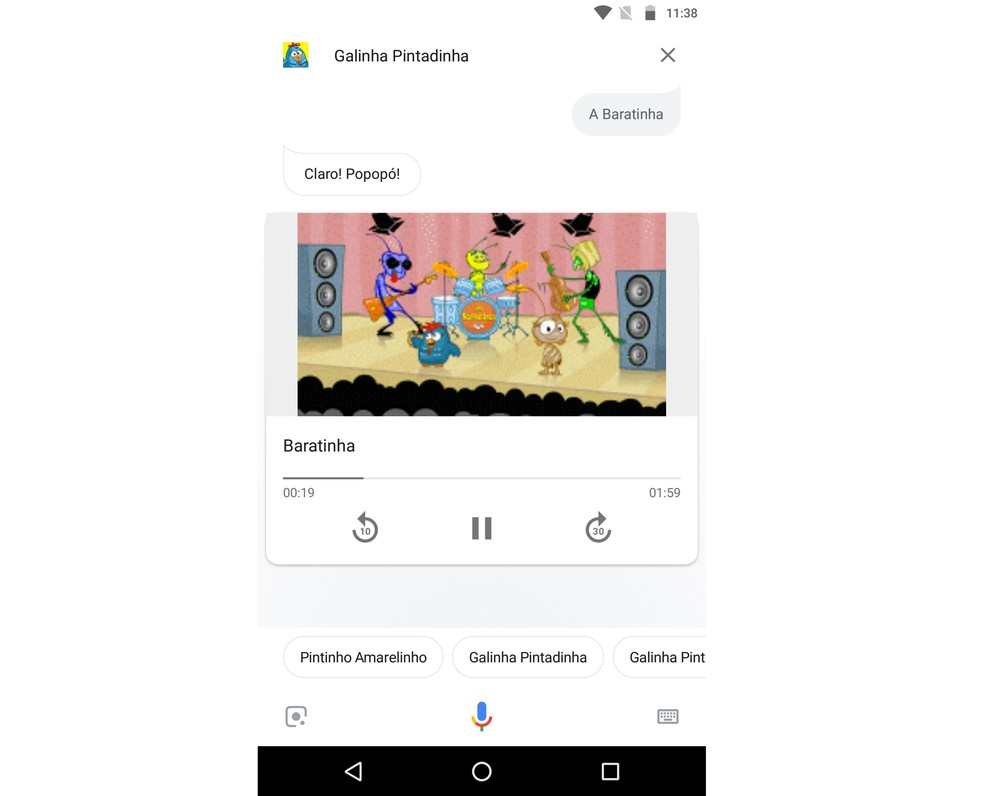 Step 1. In the option "Galinha Responde", the child can ask questions to Galinha Pintadinha and know, for example, what she likes to eat, where she lives or who her friends are. The question can be asked by audio or by selecting the options at the bottom of the screen. The Chicken answers in audio, in a logical way, with its language "p, p, p", and the Google Assistant translates what was said, in audio and text. 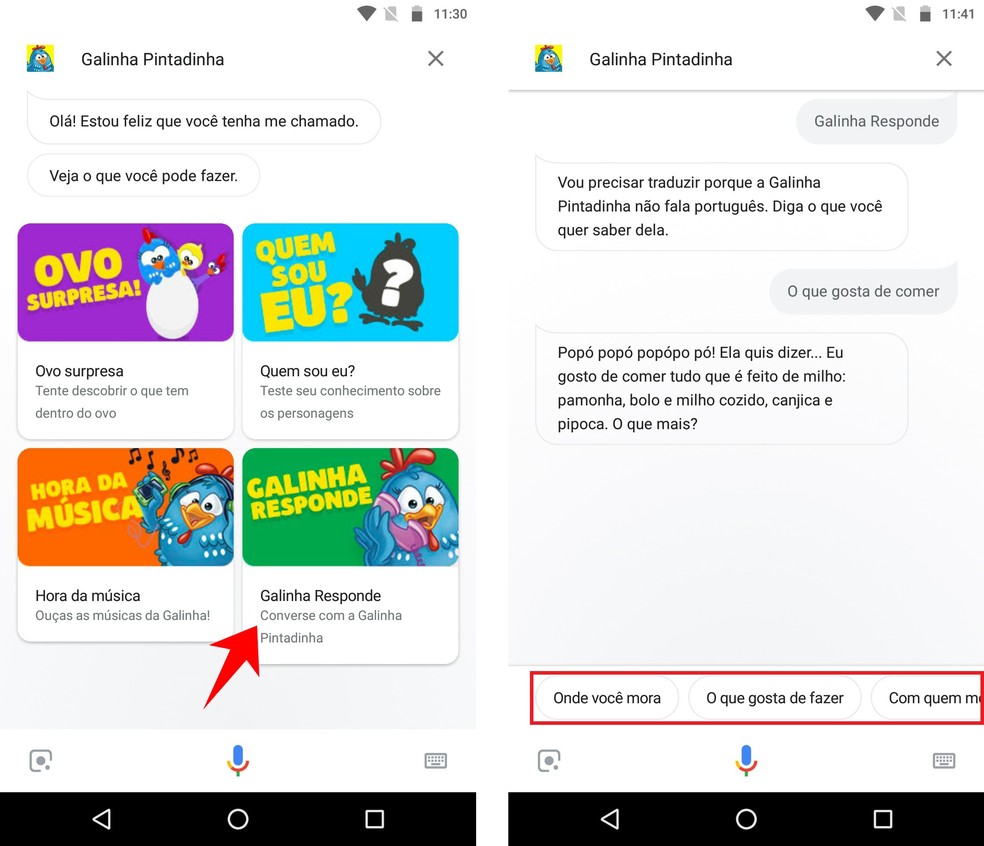 Will Google Assistant beat Siri on the iPhone? Find out on Frum TechTudo. 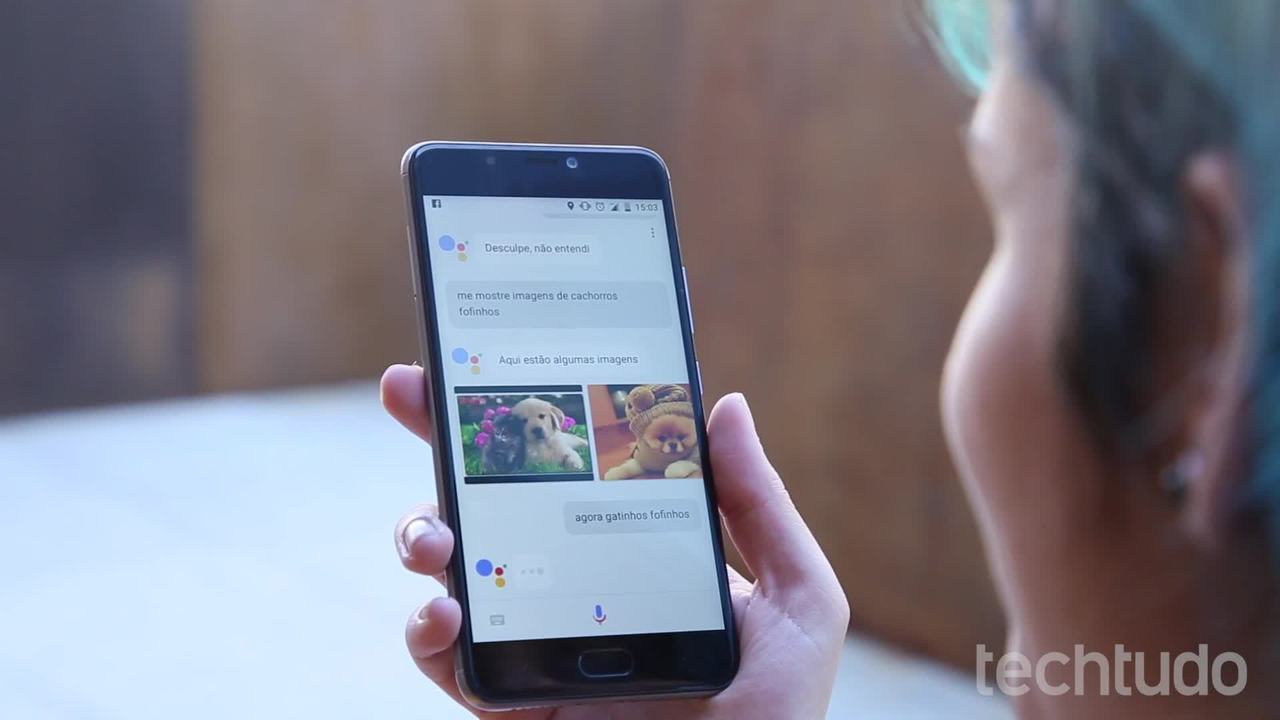 Do you like being the first to try new things? Then this app is for you