THE IHS iSuppli has already estimated the cost of manufacturing the 16GB iPhone 5 at $ 199. Now, with the device in hand, the company confirmed the initial data and showed detailed information about the parts that make up the new Apple smartphone. 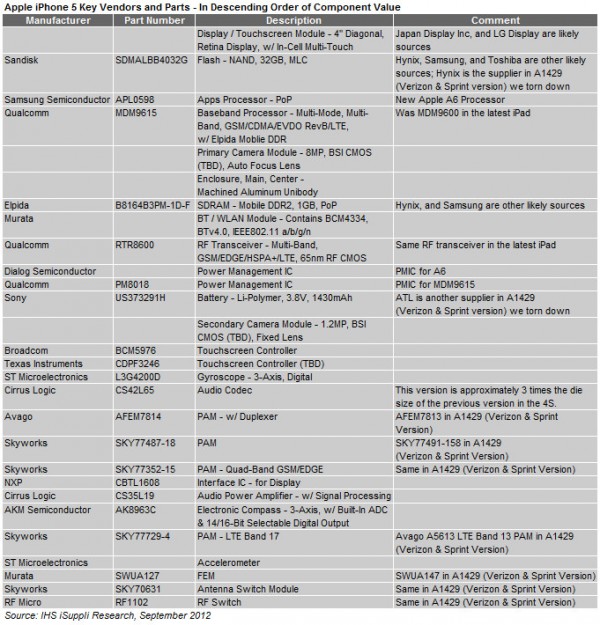 According to iSuppli, almost all components of the iPhone 5 have been updated, from the screen to the digital compass. And, even though it is even better than its older brothers, the new iPhone costs less than the 4S to be manufactured at least when we compare the versions with 64GB of devices.

The components, although different, come from practically the same suppliers: Samsung, Qualcomm, Murata, Dialog, Texas Instruments and others. However, now the iPhone 5 brings NAND flash memories from SanDisk, RAM from Elpida and battery developed by Sony.

If you are interested in this type of information, be sure to access the full iSuppli report, which includes extremely detailed information.

After the FTC goes after Qualcomm on a monopoly charge, Apple also sues it [atualizado]

Telecine Play free: how to take advantage of open signal in quarantine | Audio and Video