How many times have you wanted to take screenshots of your iPhone but the content was so great that you had to take several pictures in a row and send (or save) several images instead of just one? This can happen very often, especially when you want to do this with conversations (in a messenger app) or even on a website whose content is extensive.

Wouldn't it be great if there was a solution that merged all the images into just one? Because exactly what the application does Tailor. 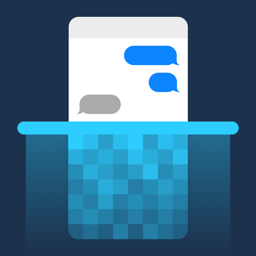 The application works in a very simple way: just take the screenshots as you normally do, but leaving a small part of the previous screen (for the application to analyze that it is a continuation) and, when finished, go to the application.

Tailor's magic is really amazing: as soon as you open it, it will automatically recognize what screenshots are and start the analysis. If it is found that the images do not complete, appear that they do not have Overlap (overlap) enough; if, however, you have captured images in a row with a correct spare part, you can now begin the process of joining them.

The application will quickly form a single image and then you can view it, send it to any app, or save it to the sharing icon that appears.

Here is an example:

Tailor is available for free on the App Store, but with advertisements and watermark in the photo; to withdraw them, I need to pay $ 3.