When Apple launched the Watch, I saw in it something much bigger than an expensive and sophisticated watch. His success in the activity and health monitoring area, as well as his subsequent hardware / software improvements and the applications that followed, showed me that I was right. But maybe I underestimated his role, as he may be bigger than I expected.

According to some experts, the Apple Watch is part of a revolution in the way we will interact with technology and its diverse applications in our lives. I take as an example an article written by Neil Cybart, from Above Avalon, an American website that examines Apple from a Wall Street (financial) and Silicon Valley (technological) perspective, providing unique information and perspectives on how Apple thinks the world.

In this article, the author shows, based on analyzes of the market, experts and Apple itself, that the emergence of the Apple Watch is part of something bigger and more comprehensive than a new technological device. According to Neil, more people are buying Apple watches these days. From 2017 to 2018, watch sales increased and, based on unit sales, the Apple Watch business currently the size of the Mac business.

If we consider that the watch appeared less than three years ago, a great result is that this product will be selling almost more than the Mac sells annually. What's more, assuming that Apple is able to maintain the Watch's sales level, the sales space between it and the iPad will continue to narrow.

But the question: why is the Apple Watch sales momentum growing? According to Neil, consumers are beginning to see a place for the Apple Watch in their lives. Although the watch?s marketing campaign revolves around health and fitness, people are not buying and using the device just for these monitoring features. There is something else at stake here.

For him, about 20 million people bought an Apple Watch in 2017 because the device became a bridge between the present and the future. With its small screen, it maintains familiarity with smartphones, tablets and notebooks / desktops and, at the same time, brings new ideas on how artificial intelligence, voice, digital assistants and smart sensors can come together to generate a new type of experience.

And what new kind of experience would that be? People will less and less to obtain data from various applications and devices and to increasingly receive personalized and unified data through digital assistants. They will stop receiving several notifications (many of them useless), to receive information that is really important and meaningful to their lives and that will always be changing and adapting daily. And these digital assistants will be in the people themselves, embedded in the watches, glasses, clothes, headphones, etc. In fact, if we look at what technology is available today, this is already a reality, it is not only fully advanced and widespread. Still.

For Neil, Apple knows this and has a vision of how we will use the combination of voice and screens in the future. She is betting on mobile screens that house a digital assistant. You are betting that consumers will want the familiarity of a touch screen to transition to a future of artificial intelligence and digital assistants. In addition, Apple thinks that manipulation of the user by the screen (fingers, hands and eyes) will continue to be a crucial part of the computing experience for the foreseeable future.

That is why the Apple Watch has been gaining importance within the company and probably the Mac line has received little attention. If we look at the strategy of new products, we can confirm the growing influence of the watch. AirPods, for example. They are a pair of wireless headsets that work with a multitude of devices, including the iPhone, but Apple puts them as a Watch accessory more than anything else.

The HomePod is likely to become a useful accessory for the Apple Watch, as the watch has additional music controls. In one of the HomePod videos, Apple's only product is shown in the room, apart from the HomePod, the Apple Watch. No iPhone, iPad or Mac vista. For some companies, this can be ignored as a simple oversight, but not for Apple. intentional.

Apple is betting on the Watch and really sees it as part of the future of technology. If we look at the evolution of the watch, we see that it has been undergoing a gradual and constant improvement: improvements in watchOS, availability of ResearchKit and CareKit for the health sector, better sensors, a bigger and better screen (which should come in September) , design improvements, new accessories and service improvements (AirPods, HomePods and Apple Music) and most importantly, an increasing independence from the iPhone. Soon, we will have Watch totally independent.

In concluding the article, Neil stated that, still in 2018, there will be more than 40 million people using the Apple Watch daily and, as our attention moves away from smartphones and tablets, it will soon become evident that Apple has immense power in be the biggest software provider wearable of the world. This power can manifest itself in the digital assistant, occupying an increasing role in hundreds of millions of users' lives, making the Apple Watch become the bridge of Apple to this new world.

Are good prospects for Apple's watch? Yes, and I believe in that role reserved for him in the near future. But, in my opinion, for this to become a reality, there is a very important issue to be addressed: Siri. At its current stage of development, it is difficult to imagine Apple in this promising future of artificial intelligence and digital assistants. There is still a lot of work to be done so that Siri does indeed play a very important role in people's lives and the Apple Watch can become Apple's key to a new world. 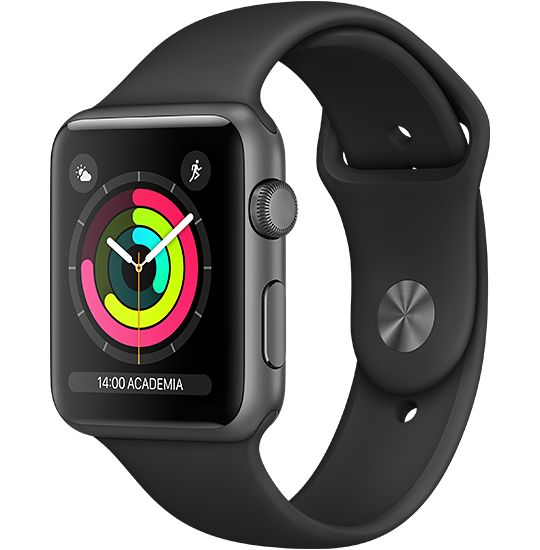