We commented here last week on how the Apple Pay it was destined to maintain its leadership in the digital payment systems segment in the not too distant future. Apple's position is comfortable, no doubt, but how is Ma's platform right now? According to analyst Gene Munster, from Loup Ventures, very well, thank you.

According to him, Apple Pay already has more than 252 million users around the world, which represents about 31% of the active iPhone user base on our planet. And you know what most impressive? The system is more popular outside the United States than within 85% of those 252 million users come from countries other than Ma's homeland and the platform's international growth pace good greater than that of the USA, as you can see in the graph below.

Based on information released by Apple itself, that Apple Pay processed more than $ 1 billion in payments on the platform, Munster also estimated that transactions with Ma's digital payment service will grow 200% over the next year, reflecting the the arrival of Apple Pay in more countries and the intensification of advertising by the company. 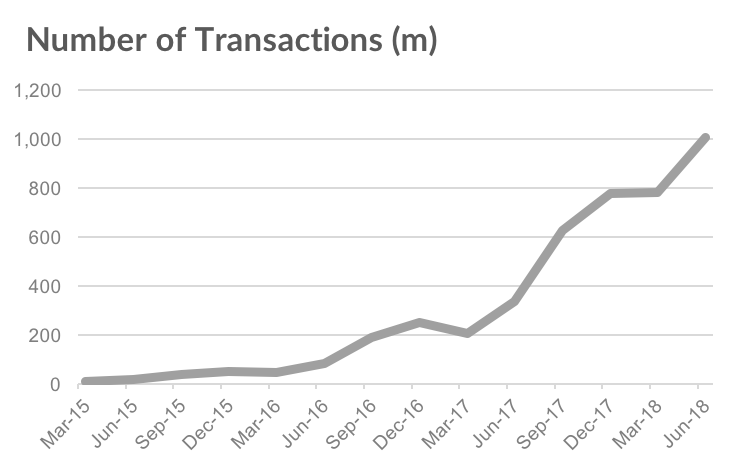 The analyst also estimates that about 20% of smartphone users in the world use their smartphones as a digital wallet, but that number could reach 80% in the relatively near future. And the best news for Apple is that the iPhone is fully capable of grabbing a sizeable share of that growth, since, according to Munster, Apple Pay is the only platform that currently offers the ?five pillars of payment?: mobile, desktop , within apps, between people and at points of sale.

What a hit from Apple, huh?