For years, device values flagship of some brands, such as Apple and Samsung, are prohibitive in Brazil. But the truth has not always been this way. Looking at prices abroad, for a long time iPhones cost less than $ 1,000. The came the iPhone X and broke that "barrier". Although the amount charged for the most desired iPhone is widely criticized in several markets, the fact that the sales figures are to prove that people are willing to pay this price and, perhaps, this is just the beginning of this "new" era of prices, which tends to increase.

As I said, Apple is not alone in this scenario. Other smartphone manufacturers are also increasing the amounts charged for their devices with each new release, including the Huawei and even the ?defender? of fair values, OnePlus. In the meantime, the cost of Samsung's Galaxy devices rose by 15.1% (in dollars) from the Galaxy S7 in 2016 to the current Galaxy S9), while OnePlus devices have already increased by almost 33%.

According to analyst Ben Wood, head of research at CCS Insight, the price of smartphones has also increased thanks to the value that is given to them. In this sense, we know that iPhones are very well liked and desired in different regions; So, the trend of the values ??of many of these devices goes up, as we are already following. Although it seems catastrophic, this scenario does not indicate the possible future of all devices that will be launched even for Apple. According to the analyst at International Data Corporation (IDC) Anthony Scarsella, top-of-the-line models will obviously be the main responsible for the big price increase.

Of course, not all of this process occurs due to a subjective question, such as how much you like a device or brand. The increasing price increase is also due to the use of increasingly expensive components, such as faster processors and better cameras (like the iPhone X TrueDepth system), as noted by Carolina Milanesi, an analyst at Creative Strategies. In addition, investment in research and development applied to these components is also included in the final product and Apple is investing more each year.

There are certainly more to these phones than ever before. The (material cost) is growing for these devices, but I think there is a ?margin premium?Applied by manufacturers to their products flagship, because they are status symbols.

Milanesi also added that while smartphones are our main computing device throughout the day (a scenario that, at least in the medium term, should not change), consumers should be willing to spend more. Thus, when Apple started charging $ 1,000 for the iPhone X, it not only established a new price base for itself, but for the entire mobile phone industry.

With the approach of the launch season of Ma in September, Apple has (great) chances to remember an old trend, which more than ever will be fundamental for the great adhesion of the next line of iPhones: according to rumors, Apple should launch an intermediate model of gadget (as it did with the iPhone 5c), which may cost less than other models which will have more robust specifications. Among them, the ?iPhone X Plus? which, in addition to a larger OLED screen (6.5 inches), should be the model flagship this line. For Wood, the prediction is that the successor to the iPhone X will cost $ 1,200 and that, initially, people will comment on how outraged they are at the amount charged; silently, however, these same people will buy the device.

If that really happens, never too late to remember: don't blame Apple for such an expensive iPhone and neither do people for buying it. The issue here is not to blame. Adapt your usage and be compliant with your needs. The options are there and Ma has already made it clear that its products are intended for those who are willing to pay for them. 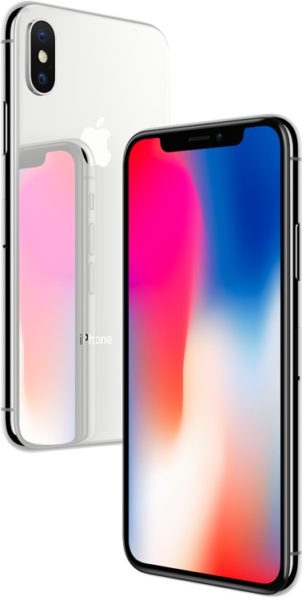 Do you want to work on Apple's future glorious “spaceship”? The company is already hiring

How to enable anonymous browsing on the YouTube app | Internet