As predicted, Apple opened this morning (at the local time) its ninth physical store in Japan but the first in the city of Kyoto, the 7th largest country with 1.5 million inhabitants.

Interestingly, it is worth remembering, Japan was the first country that received an Apple Retail Store outside the United States, still in 2003. The first store opened there was Apple Ginza, in Tokyo; According to Ma, in the coming years several new ones should be opened and many of the current ones should be remodeled.

Kyoto is such a culturally rich city, where tradition meets creativity and technology. Its a special place for Apple and we are so honored to have opened Apple Kyoto today. pic.twitter.com/qygU2b9gbq

THE Apple kyoto stay on the street Shij Dori, one of the most famous and busy in the city, and the main point of trade since 1600.

For this inauguration, Apple has always distributed special shirts, in addition to pins (pins) and stickers. The line of people wanting to meet her at first hand spanned an incredible ten (!) Blocks. 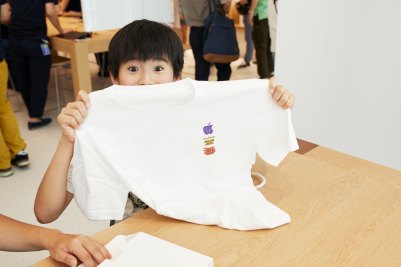 To define the architecture of this new store, Apple was inspired by local designs and materials. The facade of the upper floors, for example, uses a translucent cover inspired by Japanese lanterns. According to Apple, the use of a light wooden frame and special paper also make reference to the most traditional houses in Japan.

The center of the store has a trio of high ceilings, where the program sessions will be held Today at Apple (photography, music, programming, etc.). The new store also has, of course, the traditional support areas (Genius Grove) and product sales (The Avenue).

Hello Kyoto! Remembering my visit to your beautiful and creative city ? Enjoy the new Apple! pic.twitter.com/7oEDJaBB3V

Apple Kyoto will be open every day, from 10 am to 9 pm. It has more than 100 employees who speak 12 different languages.

In Brazil, smartphone sales have slightly increased; Android grabs almost 96% (!) Of the market