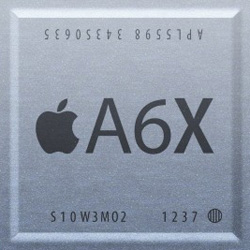 The semiconductor industry is now more concerned with how Taiwan Semiconductor Manufacture Company distributes its production capacity and what proportion of revenue and profits it will generate if it receives CPU orders from Apple in 2013.

According to DigiTimes, Apple abandon the Samsung in 2013 and deliver its processor production to the TSMC. Nowadays Ma has a demand of about 200 million chips for iGadgets, which should increase even more over the years. Meanwhile, TSMC is building new factories, the company's CEO, Morris Chang, has said it makes sense for the company to dedicate one or more factories to just one customer. Gradually the pieces will fit together. (AppleInsider)

Now it's official: Apple will hold a special event on the 27th, probably all focused on Macs [atualizado]