Another post came out with the news that I saw in Linux Mint.

As usual, the staff of Linux Mint announces a release of each month, thus bringing some news about the project. In January 2020 it was no different.

The post is made by the project leader, Clement Lefebvre, where he starts with the mention of only 1022 donations received, totaling $ 25,352.00 in a single month. He also commented that a new cycle is starting and that I will start the development of new features that I will see on the basis of LMDE 4 and Linux Mint 20. In the post, Clement emphasized the version LMDE 4 (Linux Mint Debian Edition), commenting that it receive the improvements and news released in the Linux Mint 19.3, such as HDT, boot-repair, reporting system, language configuration, HiDPI, artwork improvements, new boot menu, Celluloid, Gnote, Drawing, Cinnamon 4.4, XApp status icons, etc. Everything being used Debian 10 as a base.

Support for encrypting the home and Btrfs submodules has been added.

Now there are two novelties long awaited by those who use Linux Mint, which are the possibility to choose the frequency of the monitors and use the fractional scaling.

The first was very common in some desktop environments (DE) and now arrives in Cinnamon 4.6. 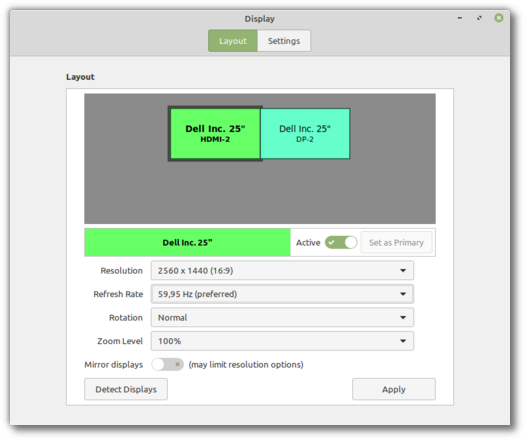 And the other is fractional scaling, which was already being implemented in DEs like Gnome and KDE Plasma, now reaching Cinnamon 4.6. Currently Cinnamon s can set values ??at 100% (normal) or 200% (HiDPI mode), but this can leave the screen on some monitors buggy or out of plumb. It will also be possible to make the adjustment if you have another monitor connected. According to Clement, soon those who use Cinnamon 4.6 will be able to adjust to 125%, 150% or 175% (in addition to the standards already mentioned above). The tests are still good at the beginning, being described as an alpha yet.

This article does not end here, keep exchanging an idea there in our forum. I hope you see you next time, a strong hug.

Tests show AirPods are as tough as a Nokia 3310

The new iPad Pro is still a “nightmare” for repair enthusiasts

How to delete everything that was accessed today in Chrome | Browsers