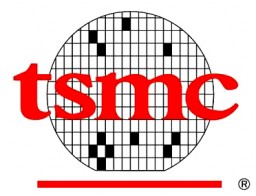 Many rumors suggest that the Taiwan Semiconductor Manufacturing Co. start supplying processors to Apple, slowly replacing Samsung. However, according to the Commercial Times, the supplier produces the A6X processors, used in fourth generation iPads, in the current quarter.

According to the vehicle, TSMC will go through a testing process to see if it is really capable of meeting high demand for Apple products. Rumors suggest that the supplier will manufacture the processors that will be used in the next generations of iPhones and iPads in the future, replacing the 28 nanometer process currently used by a 20 nanometer one.

It is not yet known when the chips produced by Taiwanese will start appearing on the market, but it is believed that this will happen in 2013. Currently, all processors used in iPhones, iPads, iPod touch and Apple TVs are manufactured by Samsung in Austin ( Texas, United States).

By starting to use processors supplied by TSMC, the Cupertino giant finally starts to become less dependent on the South Korean company, with which it still fights several battles in courts around the world.

What is Sales CRM? Check out this article!

What is Sales CRM? Check out this article!