In addition to some of the new iMacs apparently already being produced in the United States, there was talk of the Macs Pro being taken there next year, but now, according to the DigiTimes, the information that the line chosen to return its manufacture to the American territory will be that of Mini macs. Foxconn would be responsible for the manufacture of Apple's cheapest computer, earning a ?Assembled in USA? next to the classic ?Designed by Apple in California?. 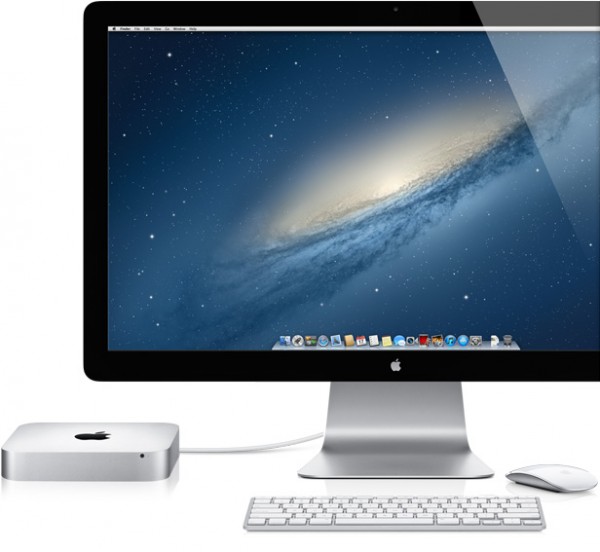 Tim Cook, CEO of the Cupertino firm, had already stated in a recent interview that it was his wish that a Mac production line could be produced in the US as early as 2013. This would be an Apple ploy to try to protect industrial secrets of your products.

The recent legal battles against Samsung and the constant leaks of information that most of the times originate from Chinese factories, for being part of the production chain of iDevicesthey may also be influencing these decisions. In the past, we didn't even think about how the design of a particular device would be, since secrets were kept under lock and key. However, with the massive increase in production, and due to the popularity of its products, Apple had to resort to cheap and abundant Chinese labor, and they may have increased these problems.

Some will say that when Steve Jobs was alive, that was not a mistake, it was happening, and even if he was alive, I think he would not be able to change that. Others also say that these leaks are purposeful, that everything is a ?marketing ploy?. To be? I do not share this idea, after all, who likes to have their surprises revealed ahead of time? It wouldn?t be more impactful if everything was made public as a rumor and, coming to the day of the special events, Cook showed a iProduct totally different from the rumors released? The impact would be much greater. As the leakage of information has become an almost everyday fact, do events no longer have that magic of old then, even if everything is Apple's strategy? Nowadays, events serve only to ratify such rumors. I do not say 100%, but these constant leaks that give rise to many rumors may have their days numbered.

It may be that Cook is already thinking a little further ahead making products "at home" in addition to generating more jobs, helping to lift the American economy and, consequently, gaining the sympathy of more consumers and kept secrets that can be considered real assets on the sleeve they would be preserved, giving no space for their competitors to copy (at least immediately).

Another fact is that it is not new to anyone that China is the paradise of copies, where products of dubious quality are produced, but which are evolving rapidly. I think that, in this case, that old saying applies: we can say that Apple ?is sleeping with the enemy? and has just woken up.

Doing that, will the events that were super-anticipated expect to have the same magic as before? Honestly, I don't know, even because the master of Reality Distortion Field he is no longer with us, but at least the surprises will remain preserved, whether they are good or bad. Whoever thought Jobs would have made a mistake in choosing his successor may now be rethinking, see the reasons mentioned above. As a fool, Cook has nothing and Jobs for so long with him at Apple knew that, for sure.

Still according to the DigiTimes, sales of mini Macs may reach 1.8 million units in 2013 due to the entry of these new automated lines, about 30% more than was sold in 2012.

Avoid distractions with the Quitter app for Mac

Apple Campus 2: check out the January images of the “spaceship”

Misinformation: Bat soup, fighting for materials and other news. How to recognize and face the myths of COVID-19?

Movavi – Get to know the application for video editing