It?s not even three days since the last batch of news, but here we are again with announcements of changes in the Instagram no, Mark Zuckerberg's social network of photos doesn?t stop (perhaps to divert attention from a certain gigantic polemic involving the network next door? We?ll never know).

The first of the very interesting news for those who like a bio (the little text below your name where you can describe yourself) organized and cute. From now on, it is possible to place hashtags clickable links to other profiles (for example, @MacMagazine) directly in your description. 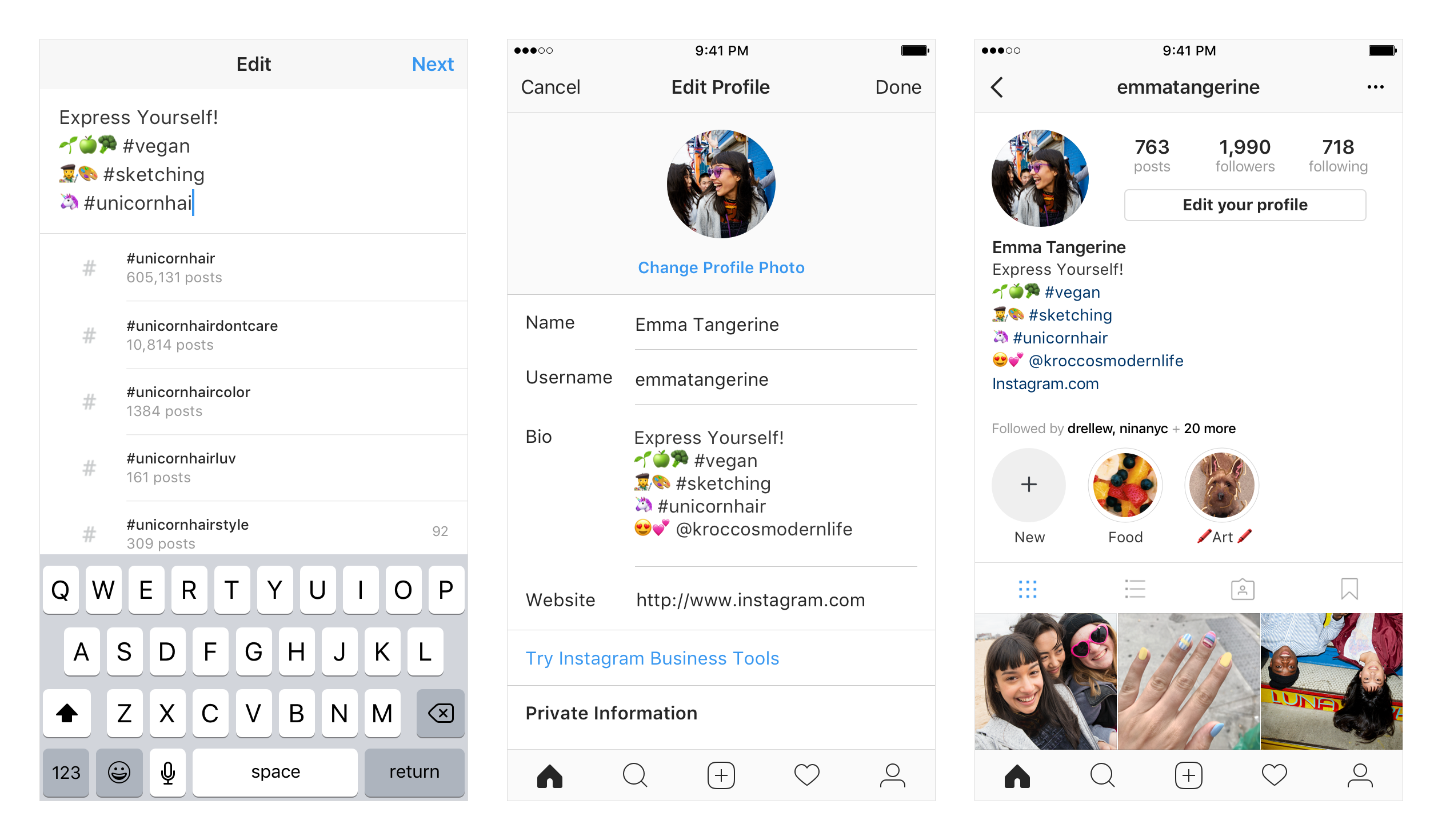 Previously, only URLs became clickable in the bio; with the change, users can post themes that define themselves and their photos, as well as link their accounts to others they deem appropriate (for example, for people who have a personal and professional profile). It is good to remember that, when adding another profile in your description, the owner of the account in question will be notified and will have to allow this otherwise, the information will be present only in text, without a link.

The change is already live for all users and, to enjoy it, just edit your profile and add hashtags and accounts in your bio the results will be suggested automatically.

Another novelty that is reaching the largest social network of photos in the world seems discreet, but a gift for users who value an experience and pleasant and non-intrusive use. Very soon, Instagram stop updating automatically the contents of your timeline and instead place a button at the top of the screen "New posts" (?New publications?), which will take you to the top of the list immediately.

With this, an extremely irritating behavior will be extinguished that occurs when you open the app, see a photo that interests you and, before you can perform any interaction with it, the timeline updated and back to the top of the posts. Now, we will have a logic similar to that of Twitter, which remains with the content present on the screen until the user requests otherwise.

Even with the change, Instagram (still) will not come back with feed in chronological order, although I promise in the ad post that I will endeavor to display more recent photos at the top of your list. We'll see.

The new posts button should be added to the app over the next few weeks for all users.

Sharing the profile with QR codes

Finally, in a totally indifferent and not at all expected attitude, it seems that Instagram is copying yet another Snapchat feature. According to files found in a beta version of the application by developer Ishan Agarwal and shared with TechCrunch, the network will soon introduce a personal QR code that can be used to share your profile with other users.

The resource, (perhaps provisionally) named ?Nametag scan?, would be used within Stories in other words, it would be enough to open the application on this screen and read the codes to be taken to other people's accounts or companies. With that, owners of profiles with "complex" names or things like that would benefit and businesses could create ways of interacting their accounts with customers.

The tool has not been officially confirmed by Instagram and it is still not possible to know if she even sees the light of day, but we will be on the lookout for possible news.

I Apple I is auctioned for R $ 1.3 million and sets a new record