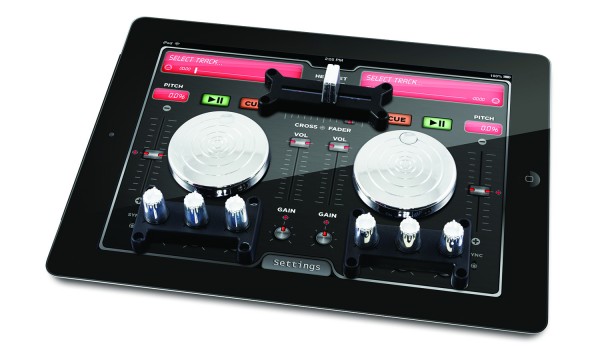 Formed by a series of physical rotating and sliding controls, the set was developed to be used with apps for DJs. In addition to working with the iDJ2GO app (free; 7.6MB; requires iOS 4.3 or higher; universal) developed by ION Audio , it also integrates with the famous djay and other apps with similar controls, since the pieces are nothing more than housings that touch the screen like your finger would. Scratch 2 Go will be available in April of this year at some resellers and will cost US $ 30.

Other interesting products were also launched / updated. The All-Star Guitar (PDF) gained a Lightning connector and now works with iPhones, the iDJ 2 Go Plus (PDF) now also supports the new connector for iGadgets and a Wi-Fi scanner, in addition to new speakers, have been announced. Check out a complete list on the ION Audio website.

Ever wanted to have an iMac with a multitouch screen? Then meet Zorro Macsk

Google Stadia is already compatible with smartphones from Sansung, Razer and Asus