Apple seems to be making OS X increasingly round, at least with regard to battery consumption. In OS X 10.8.1, signs of improvement have already appeared. Now, with the arrival of OS X 10.8.3, the The Mac Observer once again found progress. 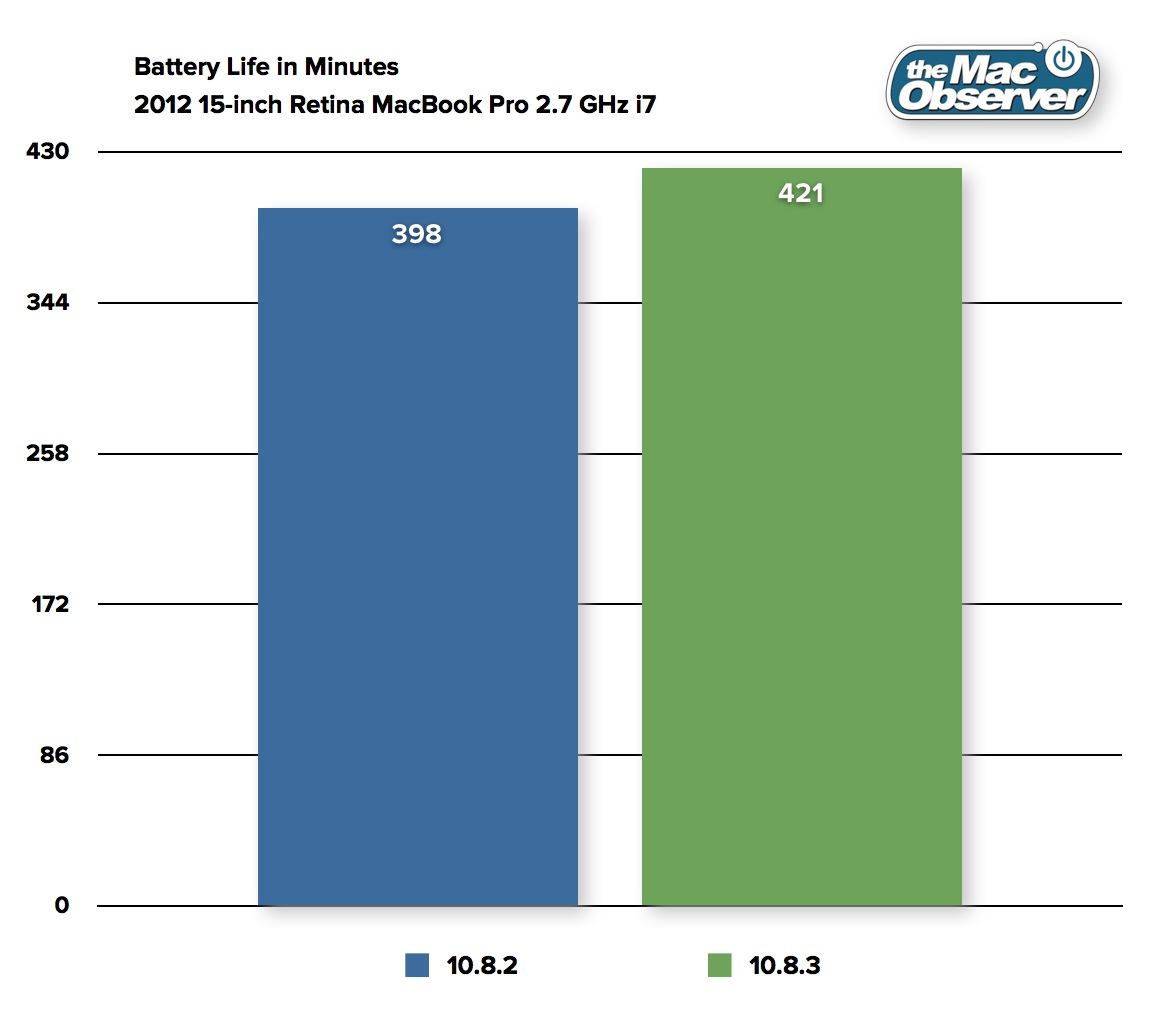 The tests with MacBooks Air and Pro 2011 showed no significant changes, but those performed on MacBooks Pro with Retina display showed gains greater than 20 minutes, which is a good sign. The tested machines were without the SMC update (system management controller, or system management controller) released by Apple recently they are still testing after installing the update.

Has anyone with a MacBook Pro Retina seen this improvement?