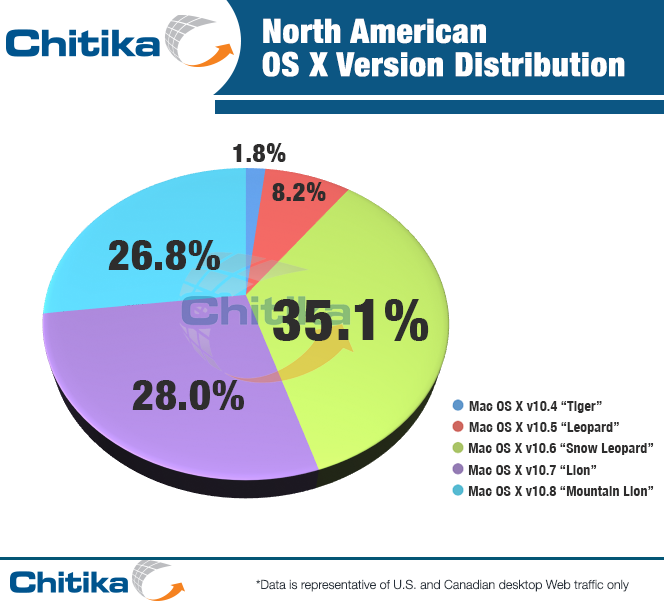 While Net Applications measures the use of operating systems by tracking unique visitors on nearly 40,000 sites, Chitika compiles samples of hundreds of millions of ad impressions. In the case of this last study, the period analyzed was between 8 and 14 March.

The USA is still the main market for Apple and several companies in the sector, but the differences in the research prove: what happens there does not necessarily represent what we see in the world. At least not the most. Still, it is curious to see that Snow Leopard still has a very large user base, showing that many people were not happy with the direction of OS X.

Now hope that the future OS X 10.9, the first under the tutelage of Jony Ive (Apple design chief), is a positive unanimity, of course!