Jeep is increasing its catalog in the United States and presented the E-Bike, its first electric bicycle that reaches the North American market. The announcement was made during the Super Bowl break, the traditional NFL championship final (National Football League), which happened yesterday, February 2nd.

In the comic commercial, Bill Muray returns to the film "Feitio do Tempo", released in 1993, in which his character lives the same day several times. Although the star was the Jeep Gladiator, the new electric bicycle also caught the eye when it appears.

It is the size of an A3 sheet when folded

According to Jeep, the E-bike brings the power of QuietKat, another brand of electric bicycles. It can have a 750W electric motor and wheel up to 64 kilometers on a single charge. In addition, its tires will be extra-wide (4.8 inches) and the company says it has "one of the highest torque electric bicycle engines on the market". Torque, for those who don't know, is responsible for the engine's ability to produce movement.

However, the Electrek bet on much more. According to the website, the E-bike appears to have an engine that consumes at least 1,600W of maximum power with a standard 52V electric bicycle battery, in addition to reaching 160Nm of torque. It also seems to have Tektro Dorado 4-piston hydraulic disc brakes, which are some of the nicest on the market and the best in Tektro's e-bike line.

"Guys, this is an insane amount of torque – a level that most gasoline-powered motorcycles can't reach. (…) This engine can literally twist and tear a bicycle chain into pieces." – Excerpt from Electrek's publication. 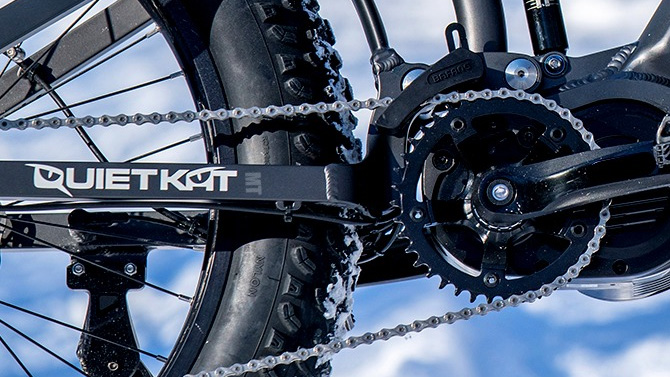 Other than that, Jeep has not yet released other technical specifications about the bicycle, but it is expected that more information will appear before it is made available to consumers. The expectation that the E-bike will be launched in June this year.

Paul Otellini, Intel CEO, will retire in May 2013

Gmail will be updated with filters to facilitate email search

7 tips to make your Google searches faster and more accurate