Cute CUT is a free application to edit video on Android and iPhone (iOS) phones. The tool has some basic functions such as cropping, resizing and transition effects, for example. However, there are some limitations, such as video time and watermark on the exported film. The paid version Cute CUT Pro offers exclusive features for subscribers, with plans that cost around R $ 23 in the Apple system and R $ 19 for Google users.

The video editing app is useful for those interested in assembling audiovisual presentations in a simple and fast way. In addition, it is also possible to share on the web via YouTube or Facebook, for example. In the following tutorial, check out how to use the Cute CUT app to edit videos on your phone. The procedure was performed on an iPhone 5C, but the tips apply to any Apple model, as well as Android users.

Cute CUT app allows you to use photos when composing videos on the platform Photo: Lucas Mendes / TechTudo

Step 1. Open Cute CUT and tap "+" in the upper left corner of the screen to create a new project. Enter the name of your movie and click "Create"; 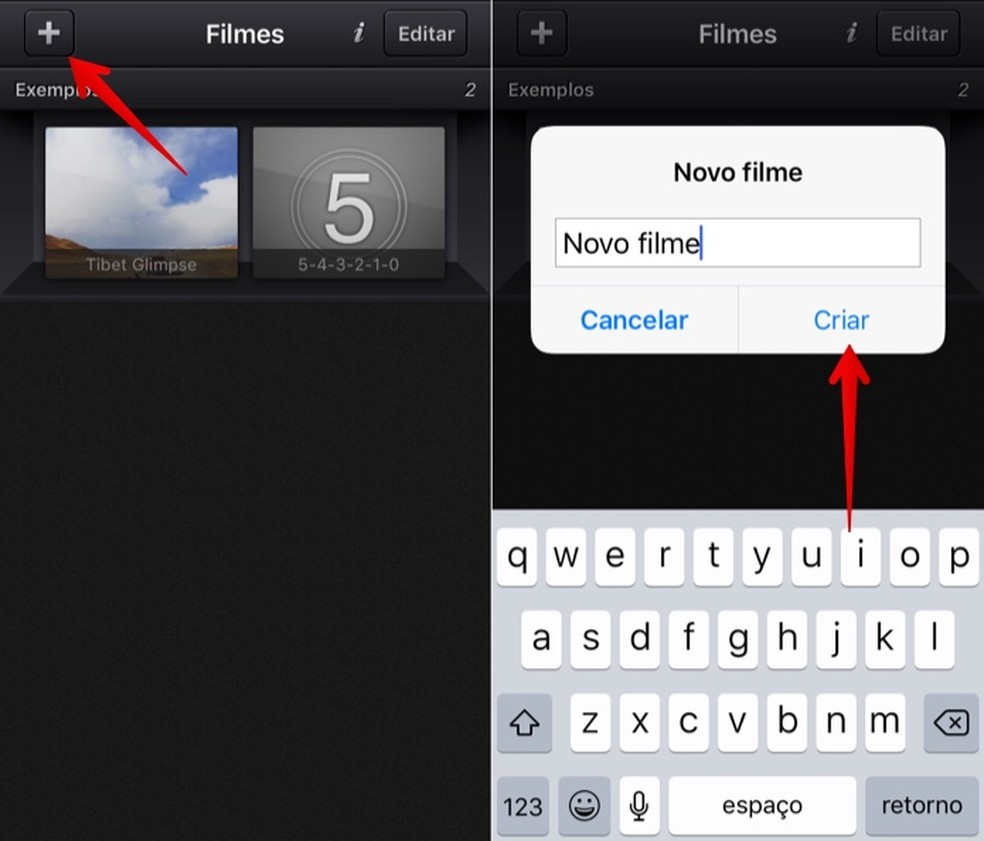 Step 2. Choose your movie settings, such as quality, orientation, background color and more. Then, tap "OK" in the upper right corner. Now, use the "+" button to insert videos, photos, texts and music;

Step 3. Hold your finger on a photo, video or music to move it left or right, or double-tap to open the edit menu. Use the buttons that appear at the bottom of the screen to make adjustments. Slide the bar to the left and see all the options available;

Step 4. Use the video's left and right markers to select a specific portion of the footage that should appear on the final video. Also adjust the size and framing of the video on the screen by touching the points that appear around the rectangle;

Step 5. If you want to cut and discard a video clip, position the timeline bar at the exact point of the cutout and touch the scissors icon. The video will be divided in two. Double-tap on the cropped part and click on the trash can icon to delete;

Cut and delete excerpts from a video with the Cute CUT app Photo: Reproduo / Helito Beggiora

Step 6. Add transition effects by tapping on the right trash can icon. Then, go to "+" and choose the desired item;

Step 7. After making the desired edits, use the play button, in the upper right corner, to watch the video and check the result. Finally, to export the video, use the share button. You can save the file in the iPhone photo gallery, send it by email or share it on YouTube or Facebook, for example.

Ready. Take advantage of the tips for using Cute CUT to edit videos on iPhone.

What is the best processor for editing images and videos? Check out the TechTudo forum.

How to edit photos on your computer without downloading anything

You no longer need a cable TV plan to have HBO and watch everything on your iPhone, iPad or Apple TV!

How to use the iOS built-in dictionary

15 virtual reality apps for you to enjoy your VR glasses

iPhone XR was the best-selling smartphone of 2019