The drone maker Autel officially confirmed the prices of drones Evo II and Evo II Pro, line that will be the first of foldable aircraft with the ability to record in 8K resolution. The base model will cost US $ 1,495 (R $ 6,377 in direct conversion) while the professional version will cost US $ 1,795 (R $ 7,656).

The drones are already being manufactured on the company's production line, but a date has yet to be revealed for their arrival on the market. The products have support for HDR video, omnidirectional obstacle detection system and video transmission over a distance of 9km.

The unmanned aircraft Evo II is capable of taking pictures at 48MP resolution, in addition to bringing a remote control with a built-in screen and being able to maintain a flight time of 40 minutes. The device has a 7100mAh rechargeable battery with the patented Battlock system to prevent the cell from being ejected during high-speed maneuvers or in difficult landings.

"12 computer vision sensors are controlled by a dual-core processor and machine learning, creating omnidirectional protection. Start detecting potential hazards from up to 30 meters away, allowing the Evo II to precisely control speed of the drone, with the final intention of avoiding a collision. Or leave the detection off and use the radar feature to give the pilot more information about the environment while you are still in full control ".Autel official announcement 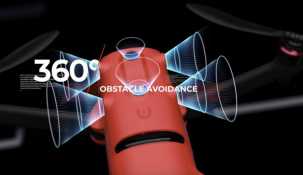 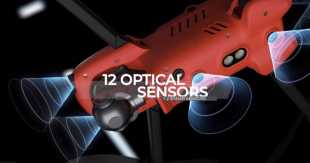 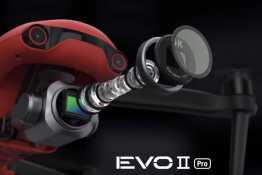 I Apple I is auctioned for R $ 1.3 million and sets a new record