Google released an update to the Google Docs app for Android, released in April this year, which offers an easy way to edit documents and spreadsheets on mobile devices.

According to the company, the new version made available a few days ago brings a functionality to be able to copy a photo to the Google Docs clipboard, allowing you to paste the content into documents with just one click.

The simple operation: with the Google Docs widget active on your Android, click on the camera icon to take a picture of something that serves to illustrate or complement any current document. 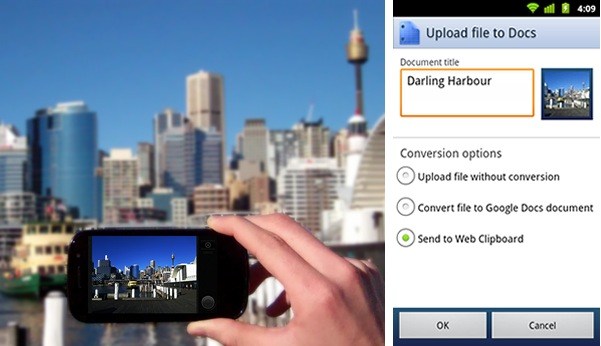 That done, give the image a name and select the option to send the photo to the clipboard. See the illustration above.

Inside the document, just click on the clipboard icon to select the file that is copied to the Google Docs cloud.

Another novelty of the application is the translation into 46 languages, including Brazilian Portuguese. To get the update or install for the first time, Google Docs can be downloaded directly from the Android Market.

Apple closes the week worth $ 1.1 trillion

Full design of the Mi10 Pro is revealed in Render

Create a GIF to your liking? In this app creativity has no limits

Xiaomi launches the AX3600, its Wi-Fi 6 router with 7 antennas and 4-core CPU