WhatsApp is the most popular messenger for Android and iPhone (iOS) in the world, but some of its most recent functions are very similar to some of its rival Telegram. One of the founders of the app of Russian origin, Pavel Durov, even wrote on his personal blog in 2014 that a closer look at his messenger would be enough to predict news of the software acquired that year by Facebook.

READ: WhatsApp: six most anticipated functions of the app in 2020

Since then, it is possible to make a list with at least eight features possibly inspired by Telegram and added by the most downloaded app of 2019. See below the main functions that first arrived at Telegram and then appeared on WhatsApp. 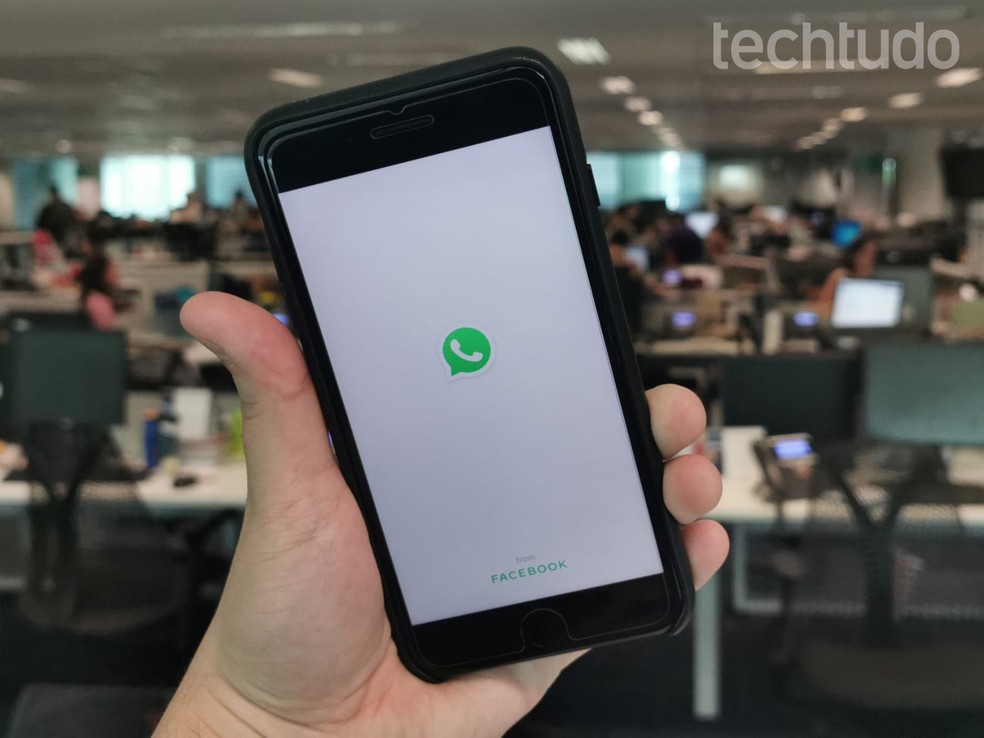 Fever among Brazilians since 2018, the sending of stickers on WhatsApp arrived long before the rival. Telegram has been offering stickers in the chat since January 2015, including its own platform for creating new images from a bot, something that on WhatsApp is in charge of third-party applications.

In March 2018, Telegram released a search tool that allows you to find new sticker packs more easily and, in July 2019, started accepting animated stickers. The animated version of the stickers has already started to be tested on WhatsApp Beta, but, so far, it has not been made available to all users.

Telegram audio could always be played automatically in sequence, something that only became possible on WhatsApp in May 2019. The function allows you to listen to several voice messages in order without having to press play, saving the time of those who listen. However, unlike Telegram, the most used messenger in Brazil still does not allow you to hear an accelerated audio or check how a recording was before sending.

The function of recording audio without using your hands, launched on WhatsApp between the end of 2017 and the beginning of 2018, is one of the clearest examples of inspiration in Telegram. The look and mechanism in which the feature works is exactly the same as the one that arrived in the Russian-origin app months before: instead of keeping the microphone button pressed to record, the user can slide up to lock the button and continue to record without using your hands. Telegram, however, launched on the same occasion a video message feature that, until today, has not reached WhatsApp.

4. Group with messages only from the administrator

A feature released by WhatsApp in June 2018 now allows only administrators to speak in groups, if desired. The feature allows you to use a group as an advertising channel where some selected users have the right to send messages, while the others can only read, watch and listen.

In Telegram, a very similar feature has existed since 2015 in the form of channels. The idea is similar, but there are a number of advanced functions involved. They can have an unlimited number of participants, posts with counters and individual links, silent and signed messages when sent by administrators.

Pavel Durov anticipated the web version of WhatsApp in November 2014. At the time, he wrote on his blog: "A version of the web at web.whatsapp.com as web.telegram.org (imminent). That's right, since Jan ( Koum, founder of WhatsApp) sent an email to the developer of Telegram Web, unsuccessfully, trying to hire him for that purpose ". Months later, the messenger acquired by Facebook would launch a version accessible by the computer's browser, as predicted by Durov.

WhatsApp was slow to allow replying to individual messages and mentioning other members of a group. The features have existed in Telegram since March 2015, but only started to appear in the messenger purchased by Mark Zuckerberg's company in September 2016. Recently, however, WhatsApp started to offer a function that goes beyond the rival: between the end of 2018 and early 2019, Android and iPhone users can respond to a group message privately.

Meno and individual responses appeared on WhatsApp about a year later than on Telegram Photo: Carolina Ochsendorf / TechTudo

In October 2017, WhatsApp launched the "Erase for All" feature, which allows you to remove your own messages from a contact's or group members' cell phones, as long as within a certain period. The limit period started in seven minutes and, in 2018, it was extended to just over 8 minutes.

In Telegram, the same function arrived in January of that year and, in March 2019, it evolved into something more radical: since then, users can eliminate the complete history of an individual or group chat, including that of other participants, without restriction of time.

"Erase for All" function took a long time to reach WhatsApp and is still behind Telegram Photo: Anna Kellen Bull / TechTudo

8. Streaming video and Picture in Picture

Advanced video playback modes also appeared first on Telegram. This was the case with YouTube's media streaming, in which playback started without leaving the application, and which reached WhatsApp in January 2018; and Picture in Picture, which puts the video in a floating window, and was released on Android only at the end of the same year. Both features already existed in Telegram. Today, the app of Russian origin plays videos automatically without sound when scrolling the chat, as well as on Facebook and Instagram.

Dark WhatsApp: learn how to download and use the feature

LaCie new line of Rugged drives with USB 3.0 and Thunderbolt

PS5 remote can be loaded wirelessly and receive voice commands

Cyber ​​Monday: how to know if a price really fell with Visualping | Downloads |